The Delaire Graff Wine Estate sits below Botmaskop at the top of the Helshoogte Pass in the Stellenbosch Wine Appellation. Named Helshoogte, some think by the Rev Pierre Simond, a Protestant priest and meester who came over from France with the first flush of the French Huguenots fleeing from France as a result of the Revocation of the Edict of Nantes, which allowed freedom of religion. Botmaskop stands as a beacon watching over the valley and the Delaire Graff Mountain Vineyards. 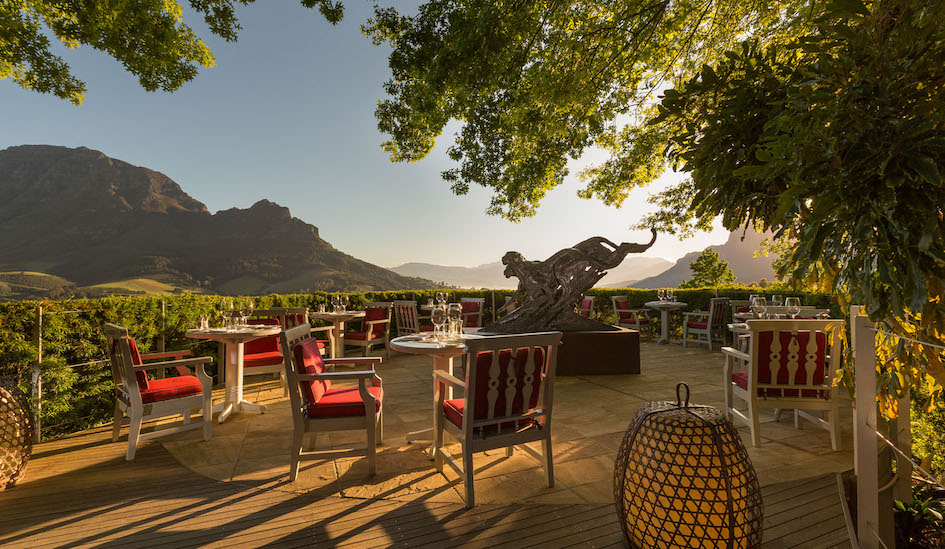 Terrace of the Delaire Graff Restaurant

Born out of the terrible drought, which beset the Cape for over 100 years, with to say the least, challenging conditions of warm weather and little rainfall, the crop in 2016 was a lower crop than normal. Bunches were smaller, berries were smaller, which led to concentrated flavours, ergo, good wine. Hand picked in the cool morning hours, the grapes were brought in to the cellar for handling by Delaire Graff’s Award Winning Winemaker, Morné Vrey, and his team. 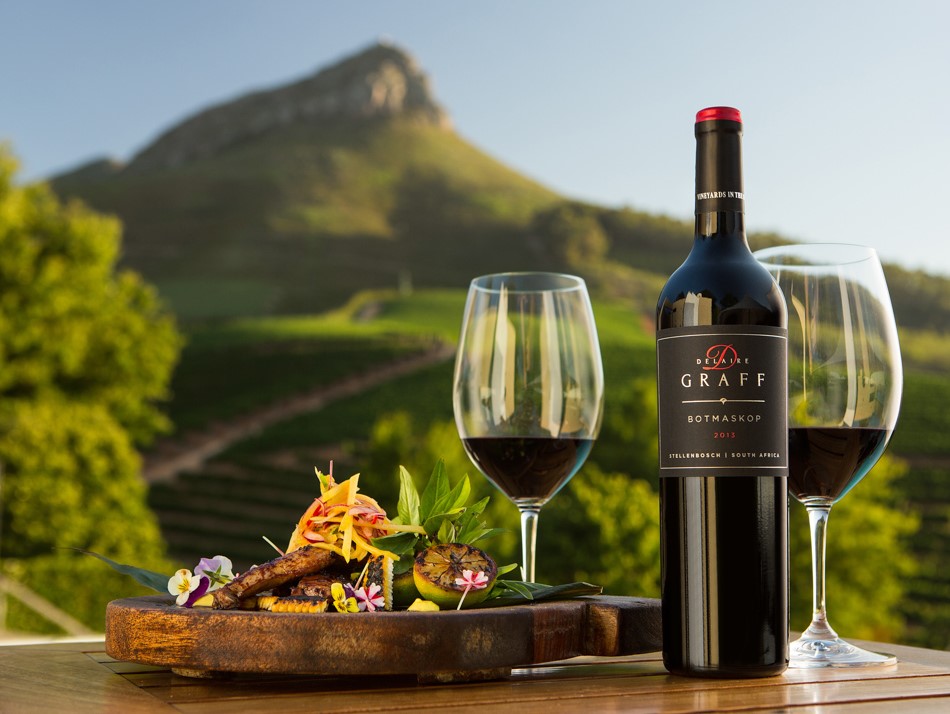 Botmaskop, the mountain after which the wine is named

The final blend of the Delaire Graff Botmaskop 2016 was to be 69% Cabernet Sauvignon, 13% Cabernet Franc, 12% Petit Verdot, 3% Merlot & 3% Malbec. The grapes were vinified separately. They were destalked and not crushed. Whole berry fermentation took place. The grapes were press in a basket press to ensure the gentlest of pressing. The wine was then taken to French oak barrels for 16 months maturation. During this time, malolactic fermentation took place. The wines were then blended and the Delaire Graff Botmaskop 2016 was prepared for and ready for bottling. 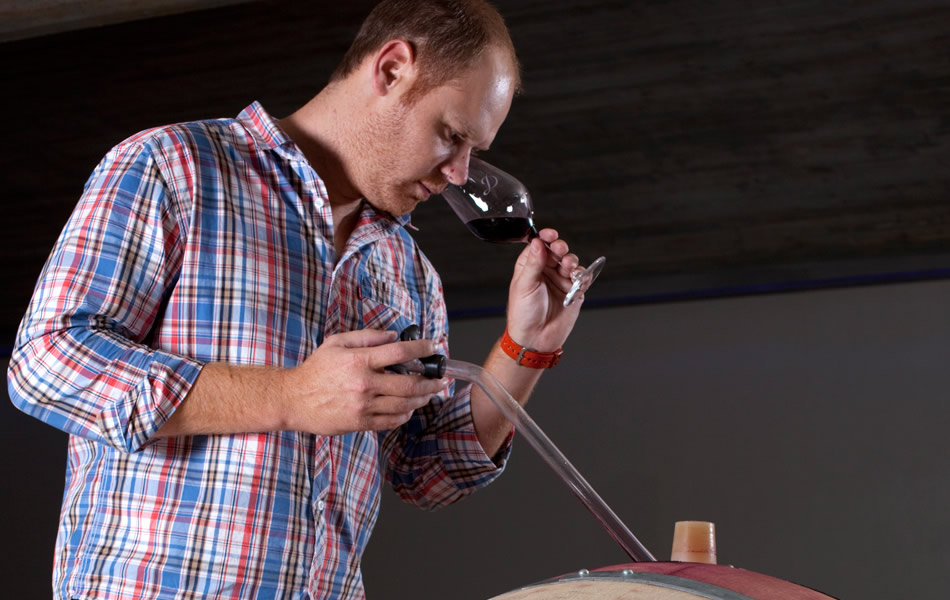 It looks like
Bottled under natural cork in a Bordeaux shaped bottle with the elegant black Delaire Graff livery. In the glass, it is a rich dark bloodplum at the core which pales out to ruby garnet at the edges.

It smells like
A generosity of berries, predominantly blackcurrant and other black berry fruits. Gentle background of well applied oak.

It tastes like
From entry the fruit is full and round, especially in the mid palate which abounds with berries, blackcurrants, blackberries, mulberries and blueberries. A golden thread of acidity, soft tannins, oak and its concomitant spices all interweave in the long and fine aftertaste. This one’s a keeper. Like its predecessor vintage 2015 it will last for up to 8 years if well cellared. 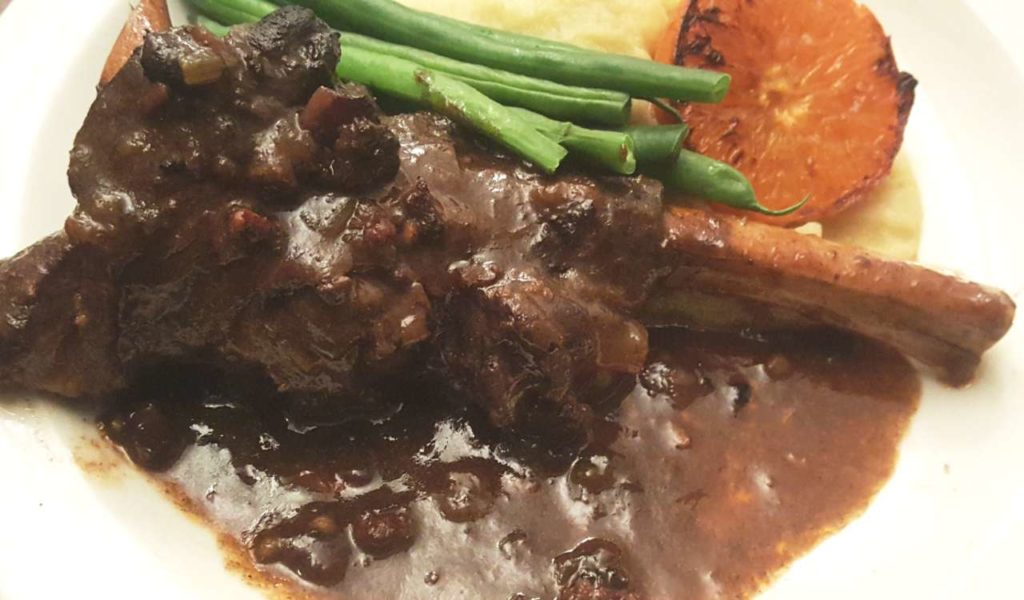 It’s good with
Hearty comfort food, be it vegan, vegetarian or meat, the Delaire Graff Botmaskop 2016 will meet with well.  Robyn Wallace who was in Health and Safety in the Corporate world has now retired to a fall life running The Rustic Rose on Sweetwell Farm on the R44 in Stellenbosch. Robyn is a more than an accomplished cook and has kindly offered her Impala Shank Recipe – CLICK HERE 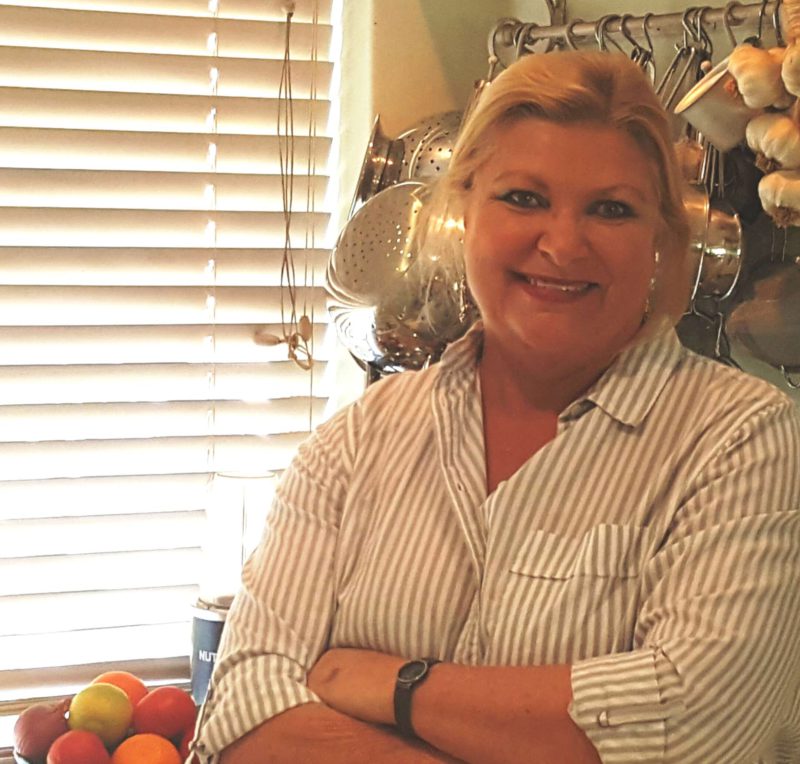