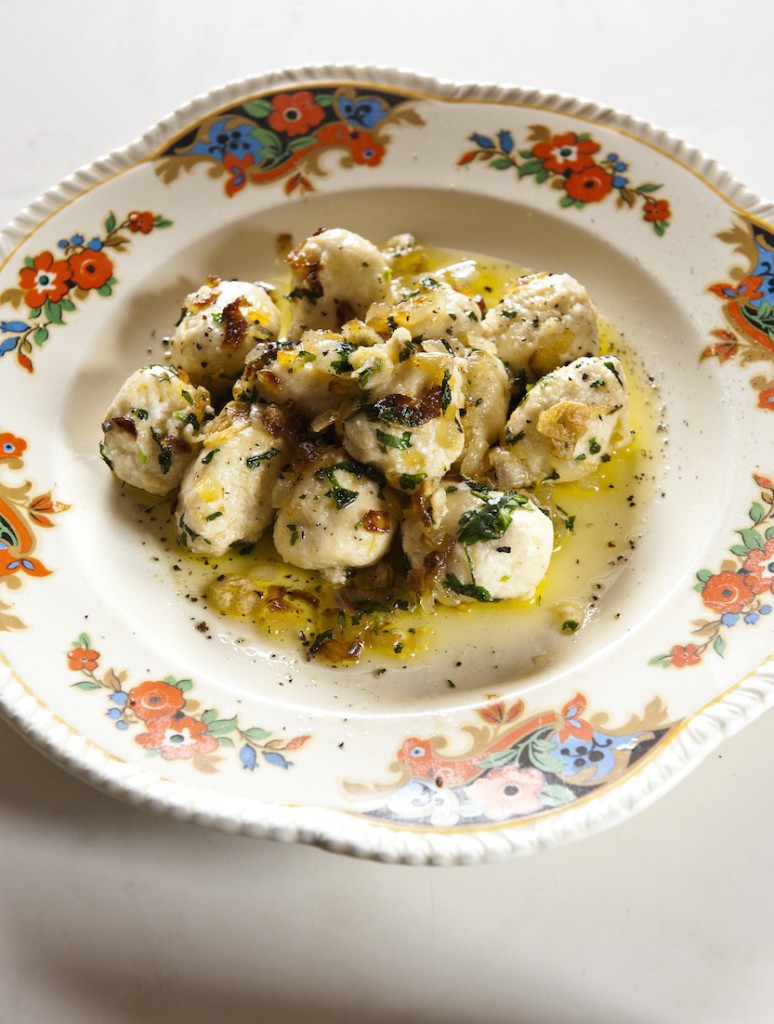 These are among the most glorious gnocchi you’ll ever eat, but with the huge plus that not a single potato need be peeled, cooked or mashed. From start to finish, they take about 15 minutes. Only the sauce might hold things up, but actually they don’t need (or want) anything complicated on them. Though they’re much lighter in texture than potato gnocchi, the cheese makes them rich, so a starter-sized portion is more than enough.

Warp-Speed Ricotta Gnocchi
250 g fresh ricotta (The more expensive, very fresh, soft ricotta may need draining in a kitchen cloth lining a colander for a day. If this seems out of the question, reconcile yourself to adding more flour.)
1 egg yolk
¼ to ½ teaspoon sea salt
30 g Parmesan or similar cheese, finely grated
35 to 40 g cake flour (plus extra flour – about ½ a cup – for dredging, spread over a large plate)

Mix all the ingredients except for the dredging flour.
Shape into small, roughly spherical balls, about teaspoon-sized. They look more appetising if you can resist rolling them into factory uniformity, and are lighter if handled minimally.
Roll them gently through the flour on the plate so that they are lightly but evenly coated. It’s best to roll and coat one ball first and boil it to make sure the ball is holding together. If it breaks up, mix in a little more flour.
Bring to the boil a pot of water. Don’t skimp on the cooking water: the flour coating releases starch into the water and the dumplings will become gluey if the starch can’t dissipate.
Cook until the gnocchi float to the surface, and remove one by one with a slotted spoon. Serve post-haste with a good sauce – Napolitana, sage and brown butter or crushed walnut, plenty of sea salt, herbs and olive oil. You will know what you prefer to pair them with once you’ve tasted them. 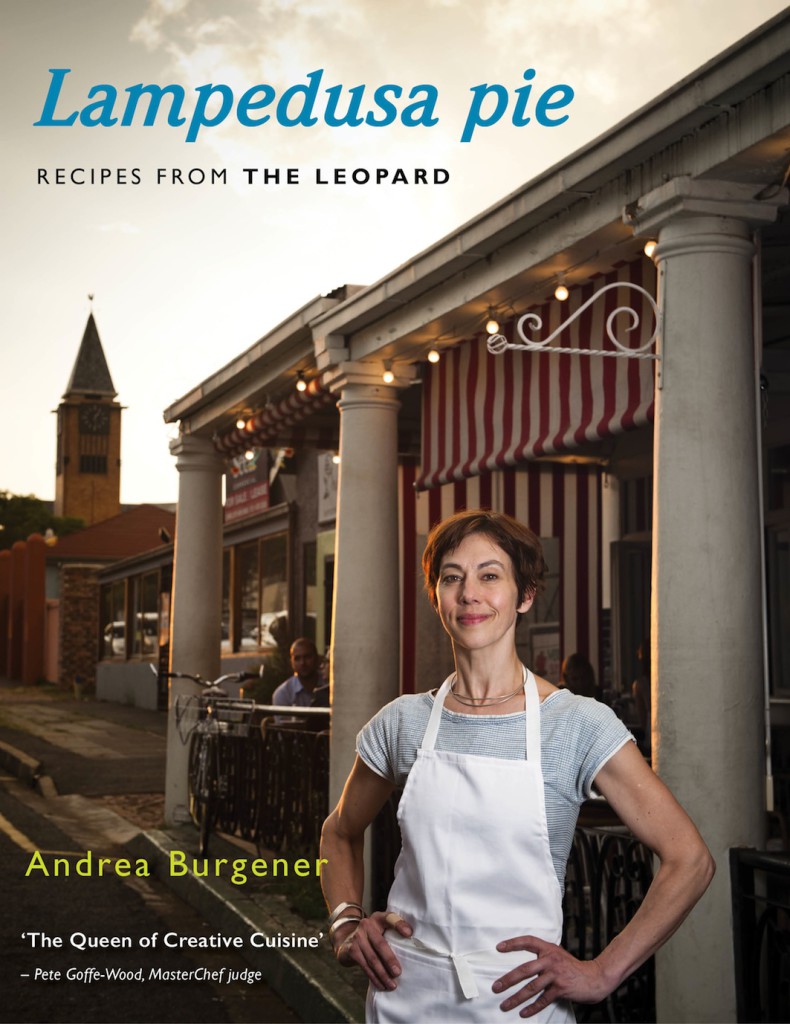 Andrea Burgener is a self-taught chef and food writer based in Johannesburg. Her first professional kitchen experience was in Braam Kruger’s Kitchenboy restaurant, before that she studied Fine Art at Wits University. She juggles her time between her family, running a busy Johannesburg restaurant, The Leopard, and writing food articles for a range of publications including The Times.

Lampedusa Pie was the winner of the 2013 International Gourmand Most Innovative Cookbook in South Africa award.  Andrea’s restaurant The Leopard won the Eat Out Award for the Best Bistro in South Africa in 2013.

She is a regular guest judge on MasterChef South Africa. One of the regular judges on the show, Pete Goffe-Wood, calls her the ‘Queen of Creative Cuisine’.

When I first received this book I read it because I had heard of Andrea and her reputation really preceded her. As I paged through, I realised that here was real food. There is not a single dish that I don’t want to cook. You’ll find some classics, Andrea’s way. You will find some really innovative and utterly delicious dishes. This is a kitchen shelf book, not one for your coffee table. Use it, and don’t be shy to get some food splashes on it.

Lampedusa Pie is published by Bookstorm.