Sea Change – Return To The Wild. Science In The Sea Forest, a review by Myrna Robins… 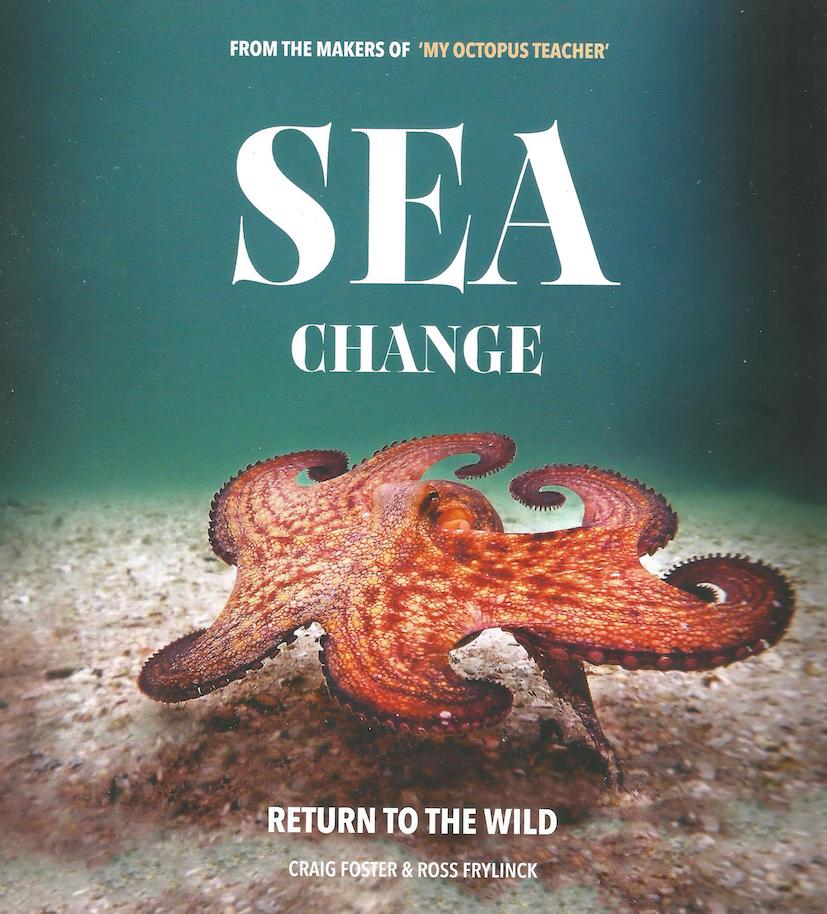 Sea Change – Return to the Wild

How fortunate we are to have such a professional as Myrna Robins do Book Reviews for us. This doyenne of South African journalists, has written a large number of books on food, has been a food judge for competitions. Erudite, articulate and a thoroughly lovely lady.

Here is her review of Sea Change – Return to the Wild

“My Octopus Teacher” is an extraordinary and gripping film that both captivated and mesmerised thousands of viewers across the globe while introducing them to the spectacular world of  marine ecology off the Western Cape coastline. This title, edited by the talented Pippa Ehrlich who was one of the two directors of the film documentary, takes readers farther and deeper into this marine underworld, accessible, yet little known because the water is cold and populated by sharks and stingrays among other predators.

Craig Foster – who has been diving in this kelp forest near the tip of Africa since he was a child –  followed an octopus for most of her short life and shared observations and emotions that come alive in the film. Writer Ross Frylinck, a close friend of Craig’s, joined him – reluctantly at first – for these dives, sans wet suit. He became immersed, literally and figuratively, in Craig’s project of pioneering a method of underwater tracking – similar to the land tracking that he had learnt from the San Bushmen masters in the Kalahari desert.

The reader then progresses through  this underwater mission:  Ross tells his story and Craig relates his, with explanatory captions alongside  his amazing photographs.

As Craig observed, recorded and photographed his discoveries during daily dives, his knowledge reached academics across the globe, who confirmed that much of this  was new to science. Both large and small creatures came under scrutiny: The routines of cat sharks,  the  laying of their eggs and the birth of a baby shark,  the unexpectedly complicated  life of the keyhole limpet and rituals, seldom seen, of  starfish are now globally known.

Both friends share their personal stories as well, tales that are inextricably interwoven with the effects the sea forest and its inhabitants have on their psyches, helping them heal emotional  injuries from fractured pasts. While reluctant at first to explore the world “of primal architecture of all wild humans”, Ross was encouraged to do so by Craig, who had experienced this many years earlier with the San Bushmen, entering the spirit world in the final stage of trance. He was now using the influence and effects of the sea and its creatures, to reconnect with wild nature which – being our most likely  point of origin – can teach, provide for and nurture us. 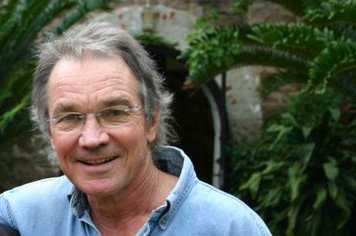 Both the preface by Prof. Charles Griffiths and foreword by psychiatrist and poet Ian McCallum offer further insights into this complex book as do the acknowledgements and epilogue at the end.  Creative director Libby Doyle has ensured that the book production is as enticing as its contents, making this a title to read, return to and delve into again and again.

And, if you’re lucky enough to live in or near Cape Town, be inspired to consider venturing into the sea forest of kelp which surges and dances  and beckons from our rocky shores.

Myrna Robins at a book signing