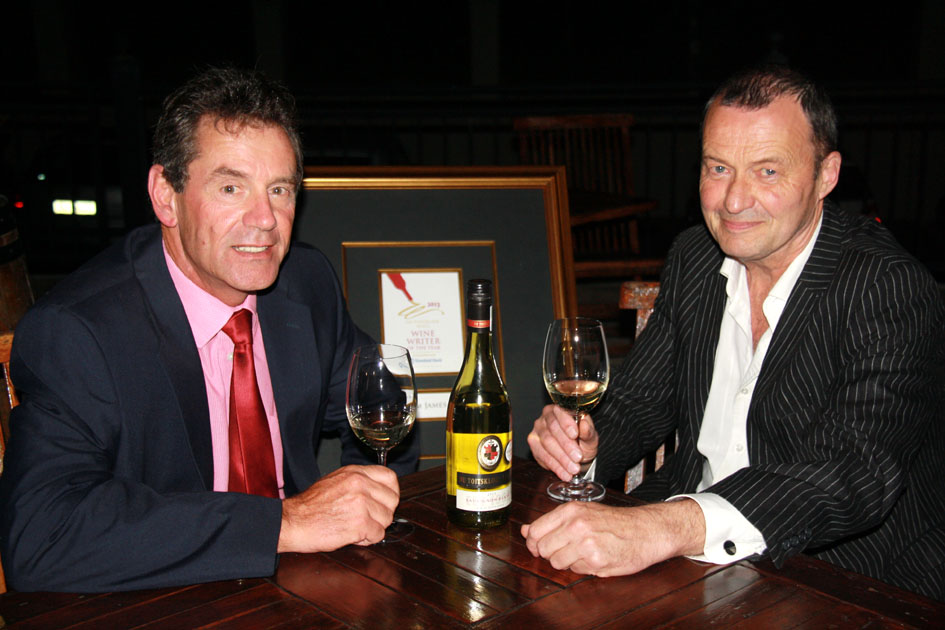 Tim James, internationally published wine writer, took the title of Wine Writer of the Year held for the first year by Du Toitskloof Wines, in association with Standard Bank, at a function in Paarl last night (22 November).

The competition, which saw a number of South Africa’s foremost wine writers enter a written piece on the The consequences of climate change on the South African Wine Industry, was judged and administered confidentially with the winning entry’s identity only known to the auditing firm PwC.

Chair of the judging panel Dr Gawie Botma, praised the high standard of entries, alluding to the fact that although the winning piece was unanimously chosen as the winner, the judges were equally impressed by the quality of writing, research and interesting arguments presented by many of the entrants.

Tim is a South African writer with an international writing reputation and acts as local consultant for The World Atlas of Wine. He contributes to both the Oxford Companion to Wine and Wine Grapes, and is also a frequent contributor to the British journal the World of Fine Wine. His Wines of the New South Africa: Tradition and Revolution, was published this year by the University of California Press.

The competition aims to reward in-depth wine writing about topics that impact the industry and offer fresh insights to the wine industry. The winner received a cash prize of R30 000.

Standard Bank has committed itself to the competition for next year and Du Toitskloof Wines will once a new topic has been agreed upon, announce the opening date for entries for the 2014 competition.