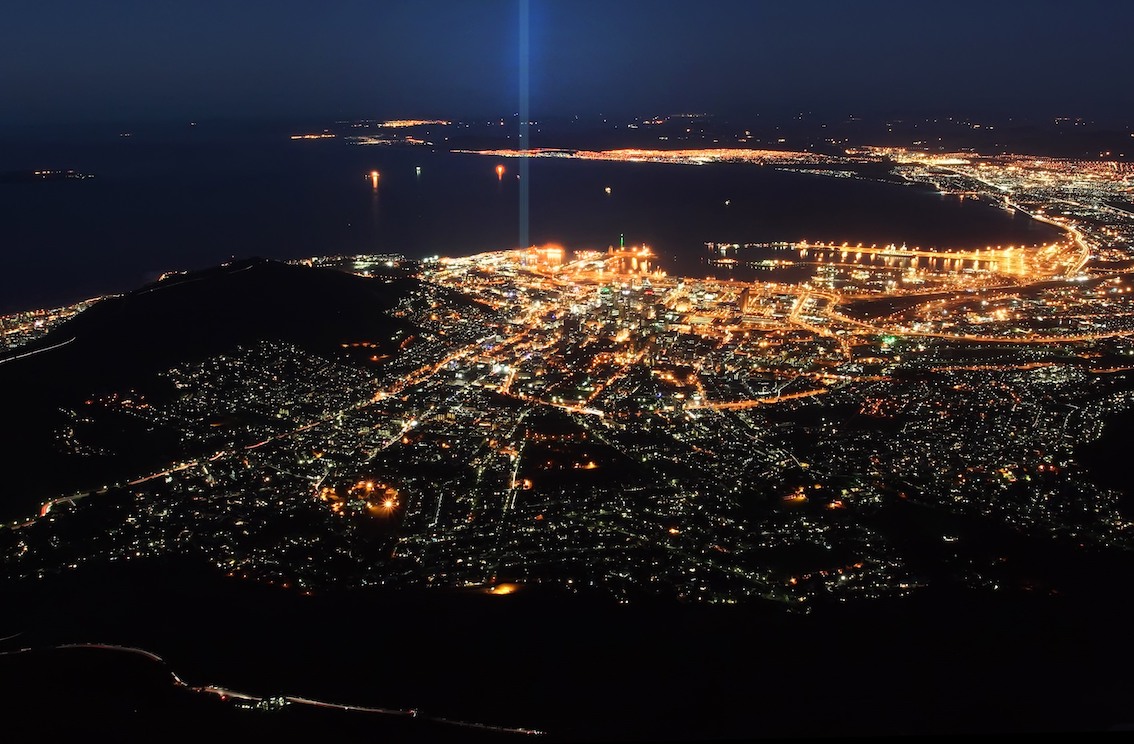 In light of a year that has been filled with uncertainty and fear, the V&A Waterfront will at midnight, the 31st of December shine a beam of hope from the precinct which, on a clear night, will be visible throughout the city and suburbs that have a view of the city bowl.  The beam, which consists of 36 vertical searchlights, forms part of the Waterfronts’ Tribute of Light symbolising the lives that were lost, the jobs that were affected, the coming together of a nation in solidarity and ultimately for hope in the new year.

“We are using the symbolic warmth of light to draw us to a moment to connect, even though we are physically apart, and hope everyone who sees it takes the time to contemplate on themes of compassion, solidarity, connection, inspiration, and collaborations we have been able to demonstrate and experience during a very uncertain period. New Year’s Eve will mark the first time in the V&A Waterfront’s 30-year history, that we won’t see crowds converging in our neighbourhood for the traditional countdown to a fireworks display at midnight to usher in the New Year” says David Green, CEO of the V&A Waterfront.

Visitors to the Waterfront over the holiday period can also look forward to the continuation of the festive décor theme, Joy from Africa to the World. This became a global-first when it launched last year, with the destination producing sustainable festive décor and installations throughout the precinct – all crafted from recyclable materials. This year’s festive decorations were made possible through the collaborative efforts between local artists, makers, tenants, and children from surrounding schools. 134 crafters and designers have contributed to spreading hope and light through the festive décor.

Sustainability, collaboration, creativity and compassion remain the foundation of the V&A Waterfront’s holiday season this year. The 2020 festive period is preceded by months of global upheaval, extended moments of isolation, and change that few of us could predict or control. The Waterfront is ready to contribute to humanity’s attempts to restore hope and they are geared to do it in a meaningful way.