The production of Port on the Landskroon Wine Estate began in the 1950s  when Paul de Villiers 111 started planting Port grape varietes in co-operation with the KWV. The first plantings were of Tinta Barocca, Mavasia Rey, Tinta Francisca, Souzao, and Tinta Roriz. Once producing wines, these were all sold to the KWV.

Tinta Roriz ripening on the vine

In 1974 the Landskroon brand was established and, in that year, the first red wine was bottled – a Cinsaut. Then in 1978 the first Port was bottled under the Landskroon label in a screw capped bottle. The wine was a blend of Tinta Barocca, Tinta Roriz en Souzao which was matured in previous fill French Oak Barrels. 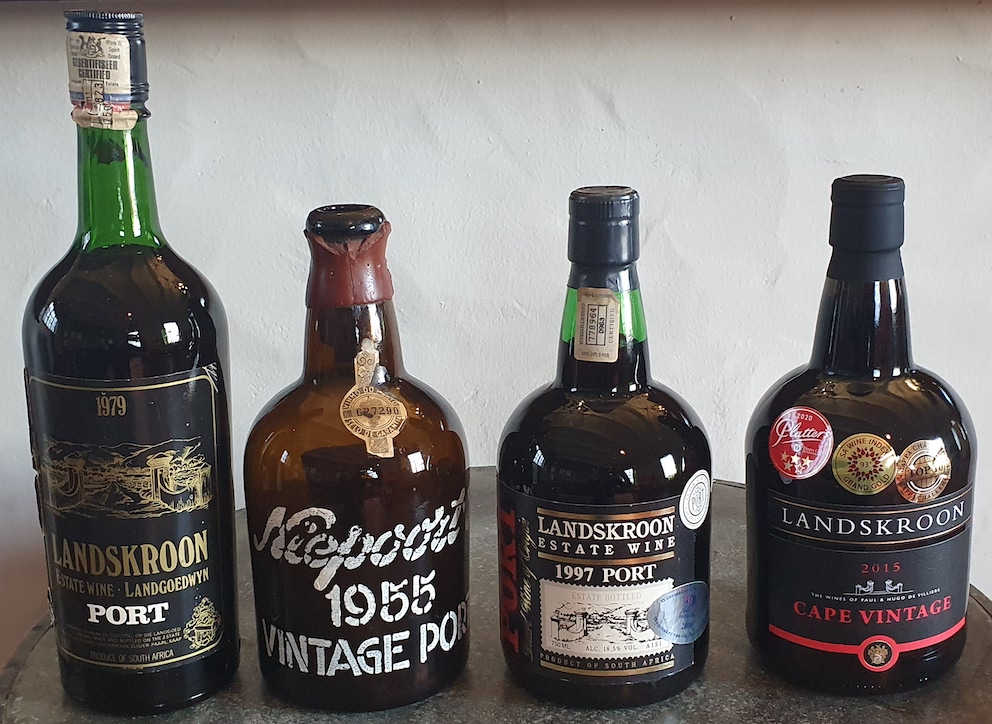 Landskroon Port Bottles and the Nierpoort bottle that started it all

In and around 1982, Paul de Villiers V, the Current Cellarmaster, led a wine tasting in Johannesburg. Dinner followed at which Alan Gerson, their then agent Alan Gerson of Vintage Wines opened a bottle of 1955 Nierpoort Port. The bottle was emptied and Paul brought the unusual interesting shape bottle home. Paul then tried to import the bottle himself from the company Santos Barossa, and discovered that they had an agent in Cape Town. The bottles were imported and used for Landskroon Port. Other wineries followed suit. 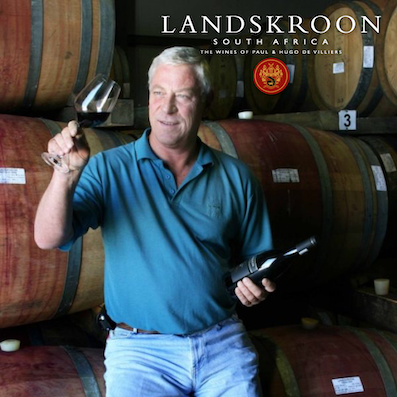 Paul de Villiers 5, who with his brother and cousins owns and manages Landskroon

Over the years, Landskroon won a variety of trophies for this wine. The biggest achievement was for the 1997 vintage which won 4 Port Trophies and the ultimate for Paul V was being nominated as The Diners Club Winemaker of the Year. This blend was of Tinta Barocca, Tinta Roriz, Souzao en Touriga Naçional.

In 2019, Landskroon labels were redesigned and the decision was taken to give the Estate’s ‘Port’ a new look. The bottle is a new shape imported bottle, longer and more elegant with its dashing unique two colour livery. The design also contains the De Villiers Family Crest.

At present due to lockdown, wines can be bought from the Estate and delivered when the lockdown is lifted.