The Michelangelo International Wine & Spirits Awards, a visit to the Oscars of the wine industry… 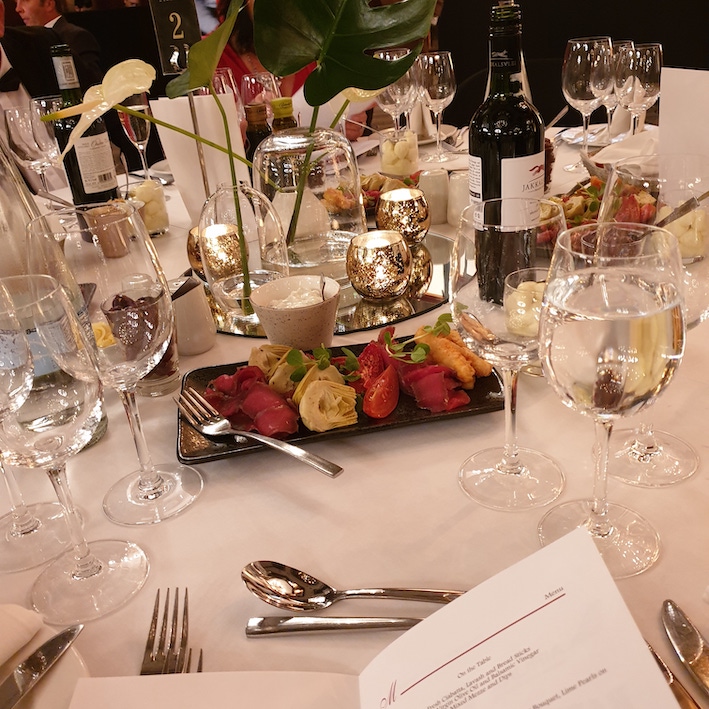 The table set for the The Michelangelo International Wine & Spirits Awards

A week ago, I was a guest of Lorraine Immelman, founder of the ‘Michelangelo’ in common parlance, and the largest drinks competition on the African continent. I was flown to Cape Town by FlySafair, a first for me with this airline, and it won’t be the last. I was treated to a beautiful suite on the top floor of the Tsogo Cape Sun Hotel. 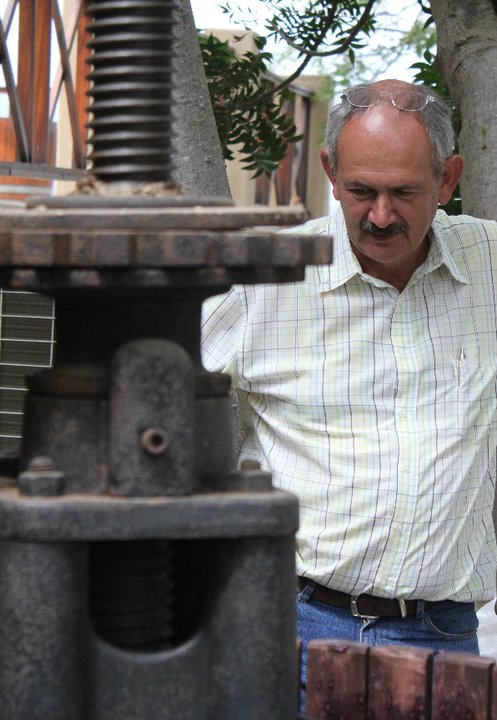 Newald Marais of Kranskop in Robertson & his basket press

On arrival, the Porte Cachére of the Tsogo Sun was littere with large Bakkies with Bars around the backs and with CCD number plates instead of the usual smart black limos. It was a happy meeting place where I saw several friends and had lovely chats with Newald Marais, Award winning owner of Kranskop Estate in the Robertson Wine Valley. 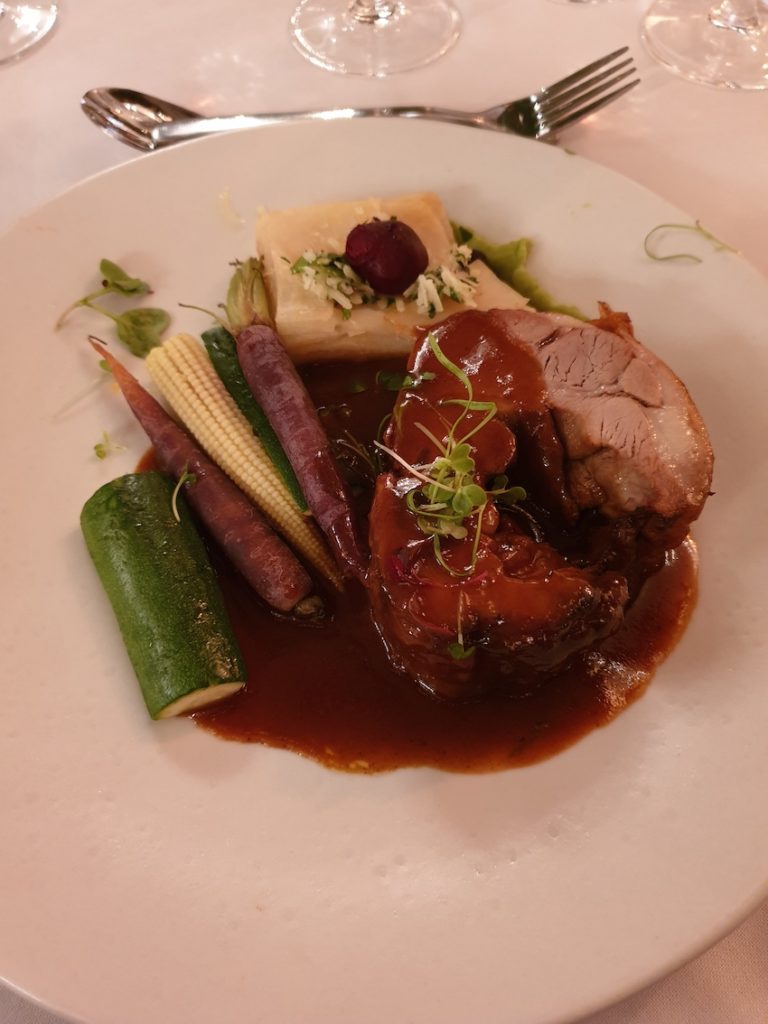 The main course, the most tender Slow-braised Shoulder of Lamb  & its accompaniments

There were so many friends at the dinner – the VOC Room in the hotel was filled to capacity with 400 guests. Sadly, I could not get to half of them. The table settings were beautiful and the service immaculate. The food was superb, the lamb served as a main course was as tender as a mother’s parting words. 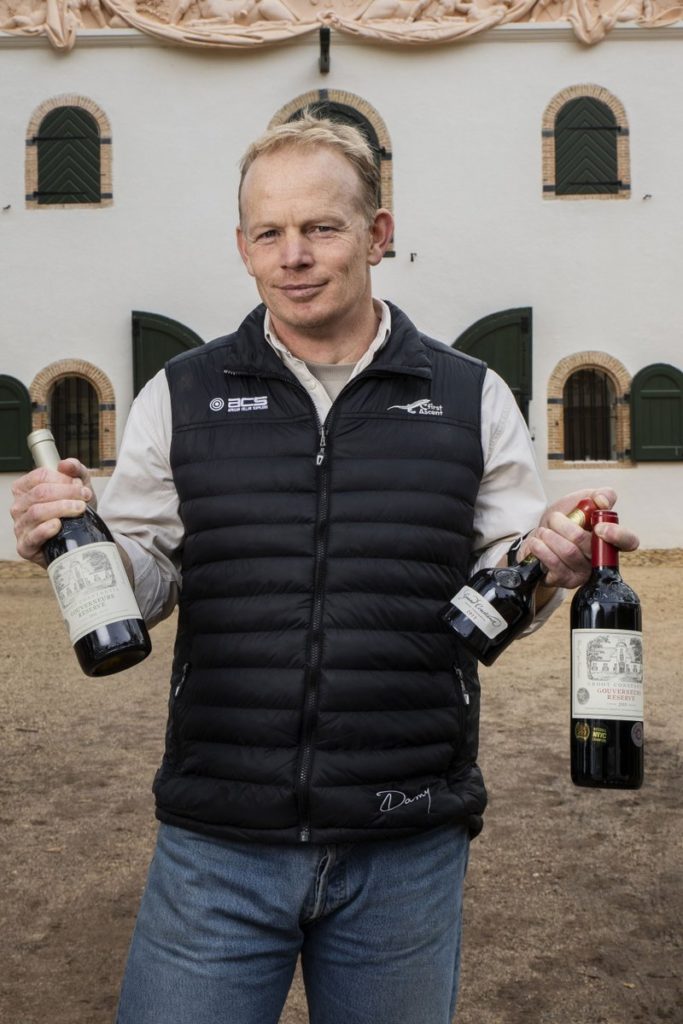 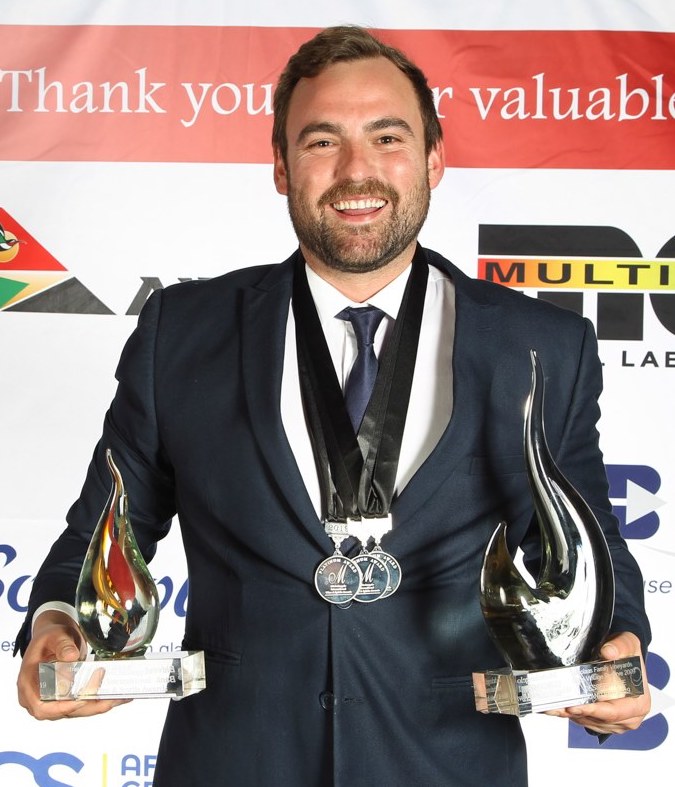 Danie Nel with the Boplaas spoils

Boplaas Family Vineyards from Calitzdorp won the Bidvest Bank Top Producer Trophy with an array of its famous dessert wines. Boplaas Cape Vintage Reserve 2009 took the Multi Color Corporation Grand Prix award for Top Scoring Dessert Wine as well as a Platinum Medal for its Cape Vintage Reserve 2017 and the Heritage White Muscadel 2014. Danie Nel of Boplaas may well have been grateful for coming in a bakkie in which to take home the Boplaas spoils. 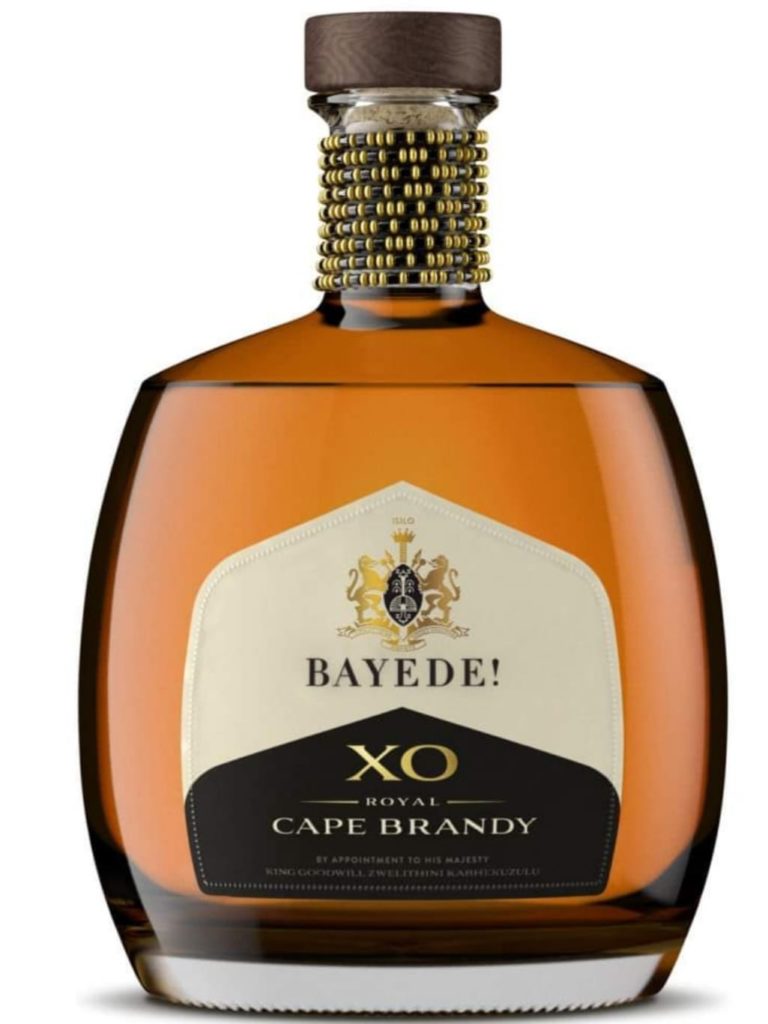 In the Michelangelo Awards’ Spirits division, African Royal and luxury brand Bayede! was awarded the Kuehne&Nagel Top Scoring Spirits Grand Prix for the XO Royal Cape Brandy. Showing it is no one-trick pony, Bayede! also won a Platinum medal in the wine department with the 7 Icon Pinotage 2017. 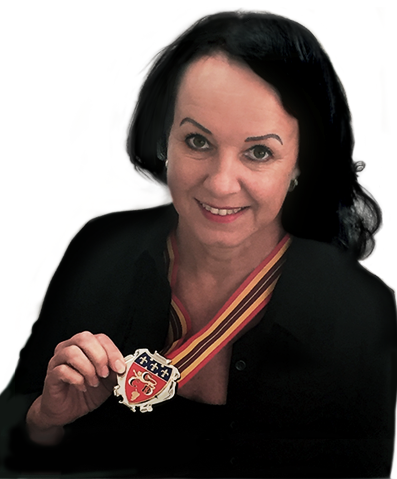 Lorraine Immelman, founder and CEO of the Michelangelo Awards says the judges were unanimous in their view that South Africa was making the finest wines in its history, complemented by a diverse and exciting component of top-quality spirits.

“This year’s judges included sommeliers, wine and spirits producers, educators, spirits experts and influential journalists from Europe, the Far East and the Americas, some of whom have judged on numerous Michelangelo Awards panels in the past,” says Lorraine Immelman. “The quality of wines is at a noticeable all-time high, with the brandies and other spirits termed world-class in terms of distillation technique and diversity of flavour.”

This year the judges handed out 25 trophies, 13 Platinum medals and 146 Double Gold medals. 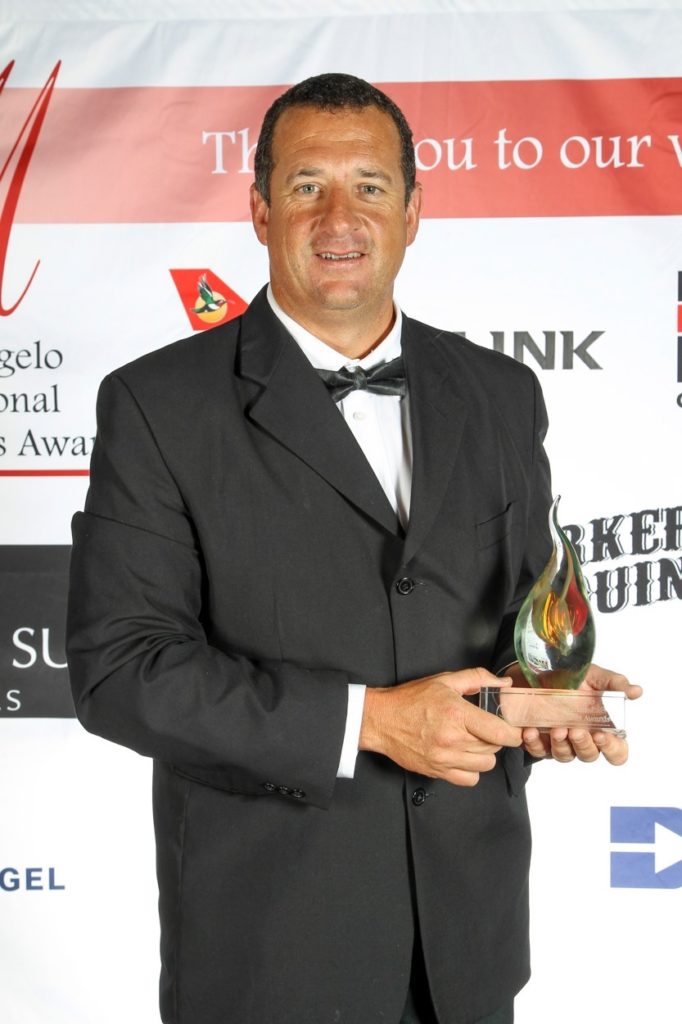 “The high number of double gold medals certainly reflects the judges’ comments and the scores which were returned this year,” says Immelman. “Despite an extra workload due to the number of entries eclipsing the 2 000 mark for the second year in a row, judges were unanimous in agreeing that the standard of entries was the highest it has ever been in terms of both the wine and spirits categories.” 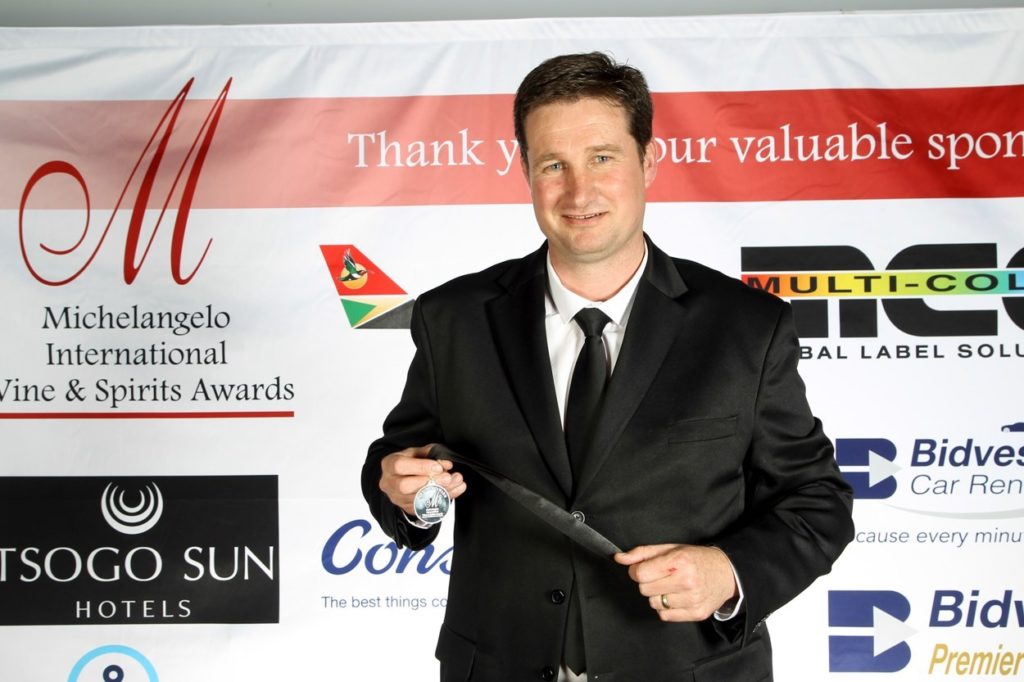 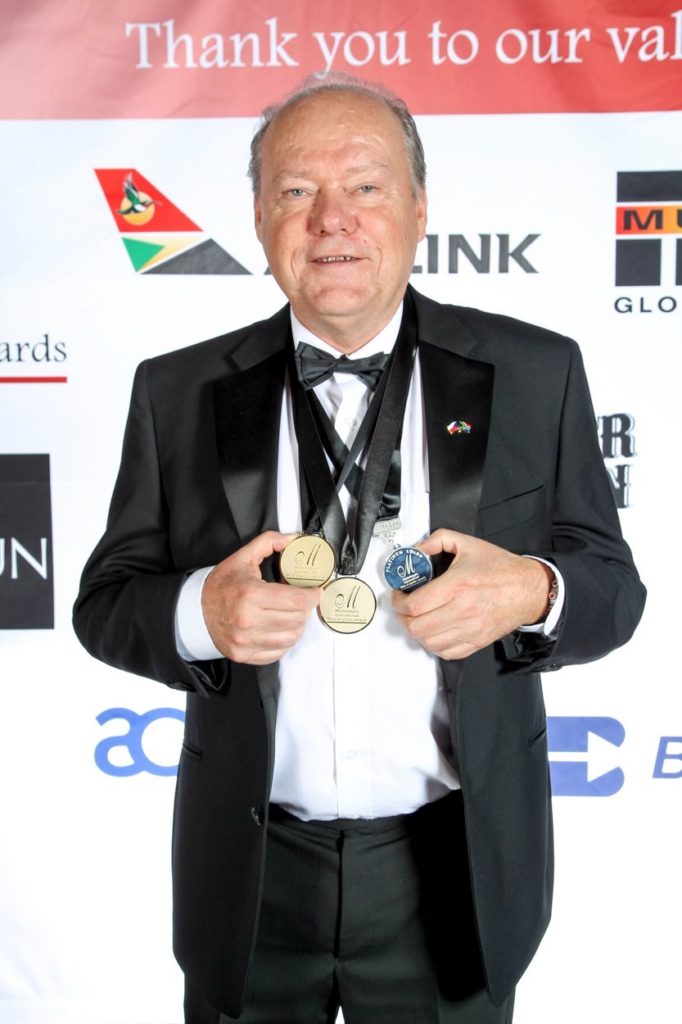 His Excellency the Ambassador of the Czech Republic

I was interested that wines from the Czech Republic took many awards, with the Czechoslovakian Ambassador there with a string of medals hanging on his shoulders. 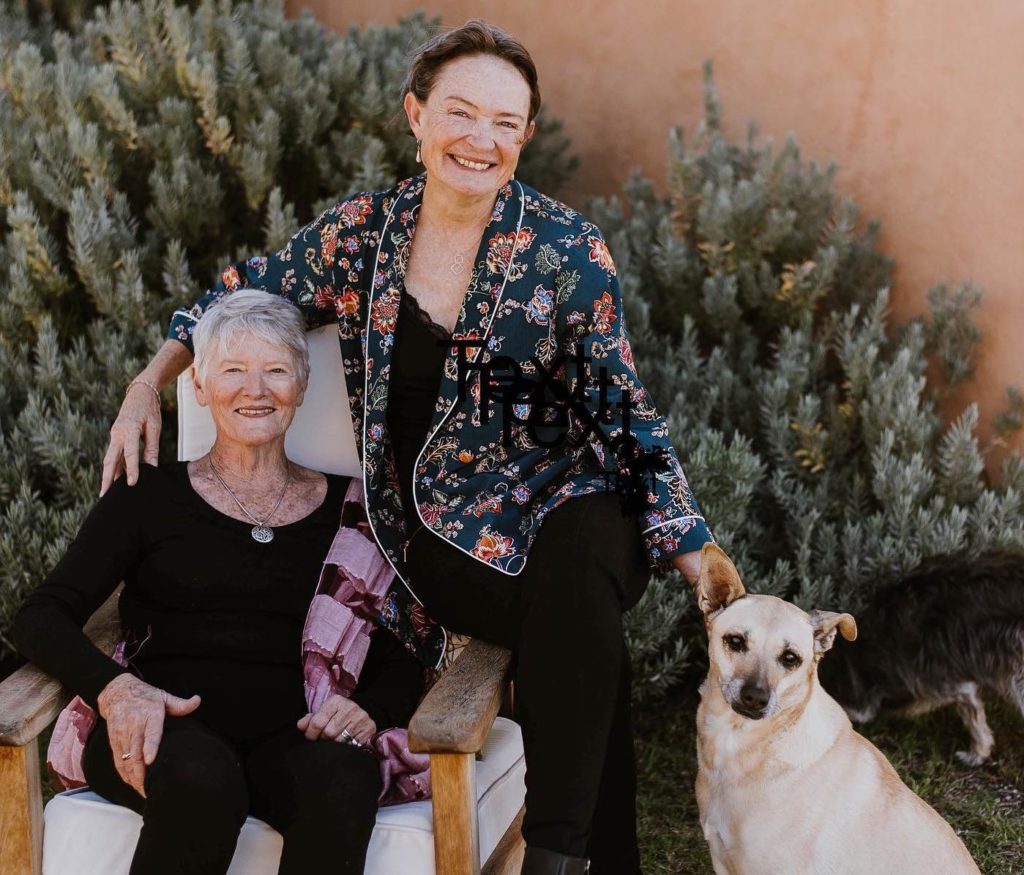 On the spirits side, Procera African Juniper Gin and Pathfinder Rum 2019 won the Gin and Rum Trophies respectively, both awards sponsored by mixer-specialists Barker and Quin. Blomendahl Vineyards walked away with a Platinum award for Roxi’s Botanical Gin and was awarded the Best Vodka on show medal for their Blomendahl Vodka. A total of 124 gins were entered this year – almost double the number of 2018 gin entries. My friends, Colleen Smith and Lesley Clarke, The Ginsmiths , took a Double Gold for their Pink Gin, having taken three golds, one each for their gins at last year’s awards.

Lorraine Immelman, Founder of the During the Michelangelo awards ceremony, Lorraine emphasised the importance of finding added ways of benefitting wine and spirits producers entering the event. For her team it is about adding value through Michelangelo. “Our competition has always been committed to ensuring that producers entering the competition and the people who follow the lauded wines and spirits, find value in the Michelangelo brand,” says Lorraine. “This is the third year, for example, that the competition has embraced the world’s increasing dependence on technology to bring a world first to wine and spirits competitions. 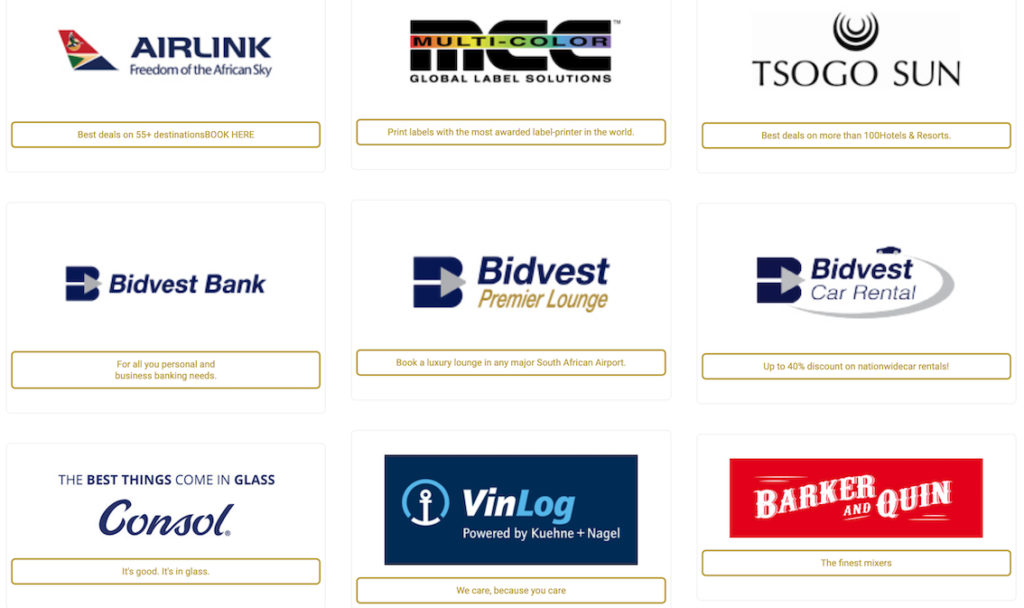 The value of the Michelangelo brand is underscored by the sponsorship collaborations with various premier South African and international entities including Tsogo Sun, MCC Labels, Airlink, Barker and Quin, Kuehne & Nagel, Bidvest Car Hire, Bidvest Premier Lounges and Bidvest Bank. This has allowed Michelangelo to become a collaborative platform from which to promote South Africa’s magnificent wine and spirits sectors.” 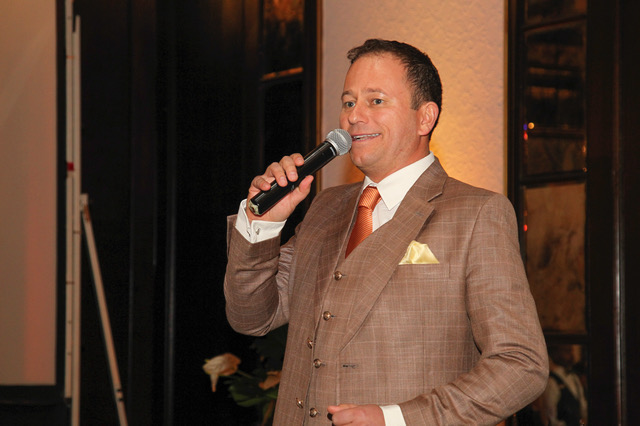 Dan Nichol made a superb Master of Ceremonies, not turning a hair and keeping up the chatter during a brief break down of the excellent audio-visual system. 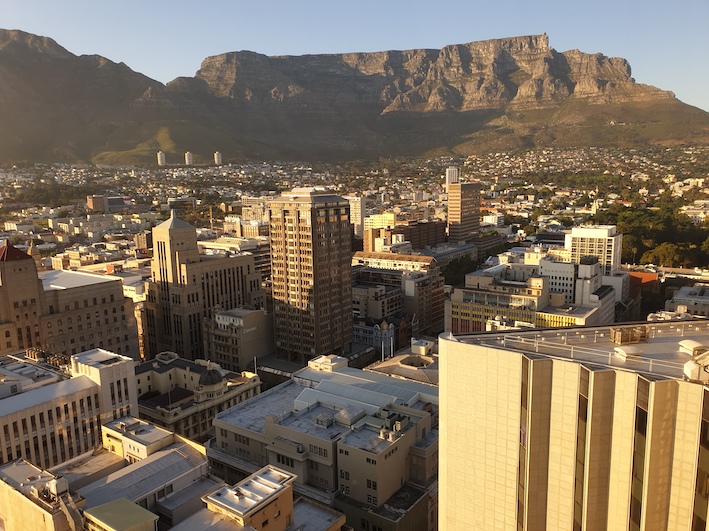 And the next morning, on drawing back the curtains