The Hotness of Nordicness, Hungry by Jeff Gordinier, reviewed by Myrna Robins… 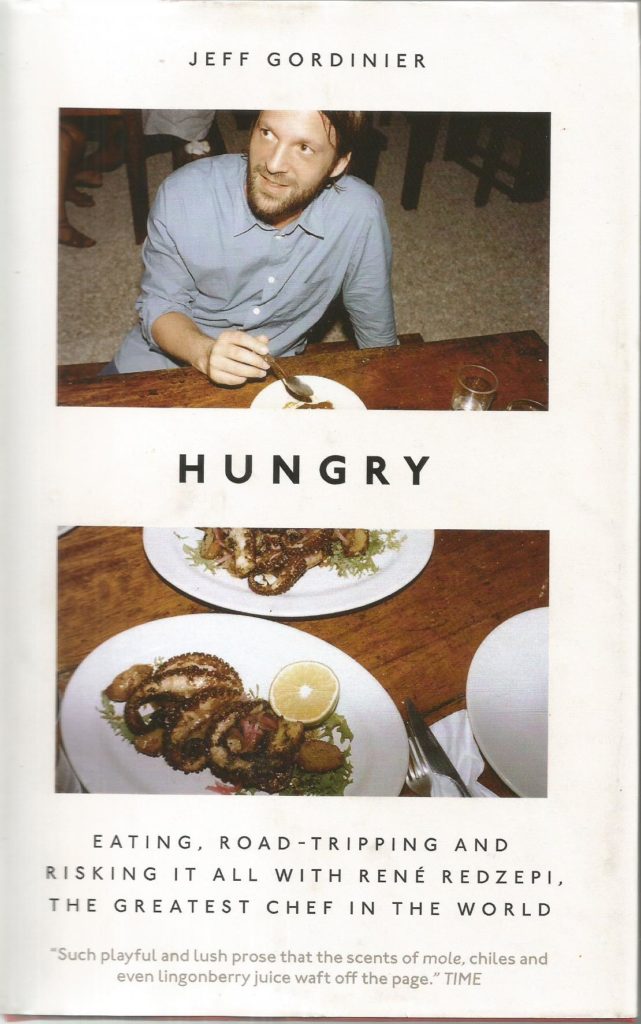 Myrna Robins, the doyenne of Cape Food Writers, Food Judges and publisher of some great books herself, does the most fabulous book reviews.  She kindly sent this one to me,

Where to start? Back in 2013, perhaps, when the culinary genius that is Rene Redzepi was still carving out gastronomic history in Copenhagen, when  to get a table at  Noma, his extraordinary restaurant, involved waiting lists of hundreds and extended over many months. 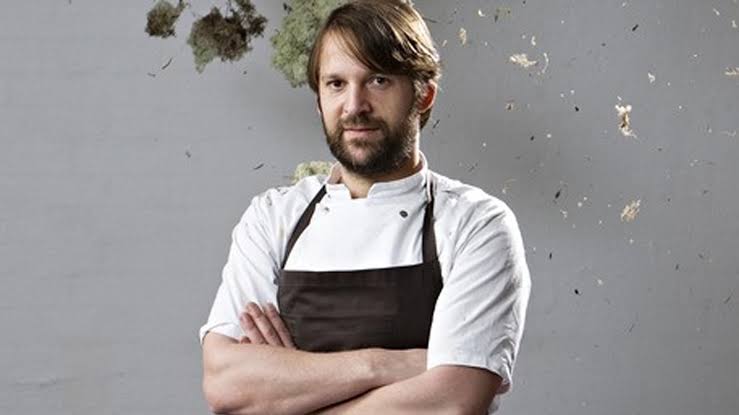 Legend in his own lifetime – Rene Redzepi

It had started 10 years earlier when Redzepi and his comrades released a culinary manifesto outlining the rules and aspirations that would, henceforth, govern their cooking. (And influence both ingredients and their treatment across the planet.)   These included purity, freshness, simplicity, and ethics that included animal welfare, and a process to be followed for products of the oceans, farms and the wild. Taking this a step further, only food found in the forest, on the beach and from local farmers would be included on his menus, allowing terroir to govern  ingredient choice. (This changed later as sea urchins pulled up from the depths of  Norwegian fjords became a prize dish at Noma, especially when paired with raw, unripe hazelnuts).

After a star-filled decade, Noma plummeted in 2013 when dozens of diners  fell ill with a stomach bug – eventually traced to a batch of bad mussels. It was the right time to close, to start afresh. 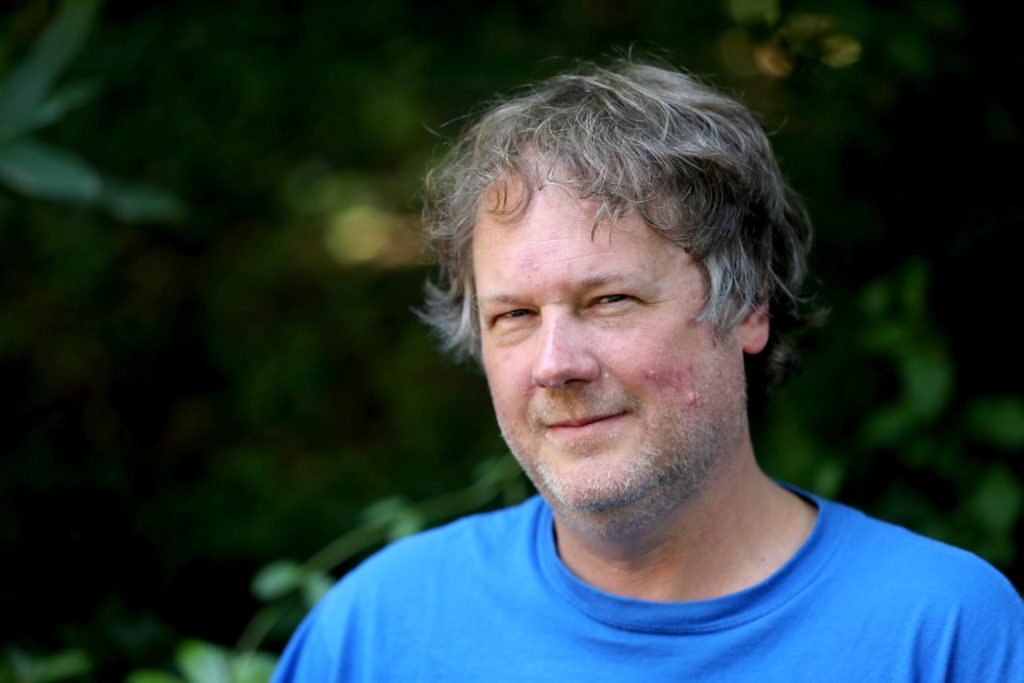 Fast forward to 20 17 and chef Redzepi was completing a three-year global odyssey in search of the world’s most tantalising flavours with Gordinier as one of his travelling companions. Mexico was their first destination where tacos was relished but the real focus was on the mole, that complex sauce embracing ingredients from all the cultures that reflect  this vibrant cuisine:  from its first indigenous inhabitants, through European invaders to  immigrants from the Middle East, Africa and Asia. The recipe also changed with the seasons, with every chef, with every district… 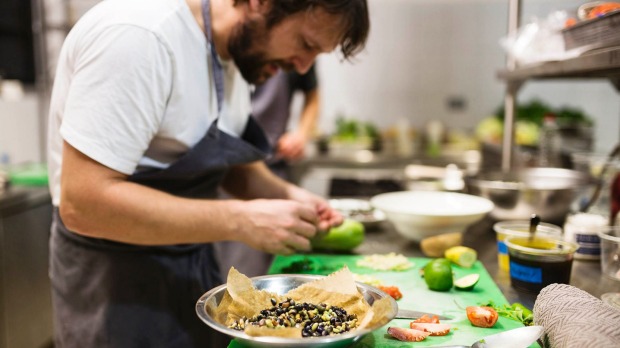 Back in Copenhagen, Redzepi starts work on  organising the “new” Noma, at a Copenhagen site  bordering a lawless, rubbish-strewn  precinct known for its hash, with graffiti adorning the old warehouse walls. The visionary chef plans to transform the scene,  create a farm in the city, with a greenhouse, herb garden and  restaurant offering a “more profound experience, an even deeper understanding of ingredients…” 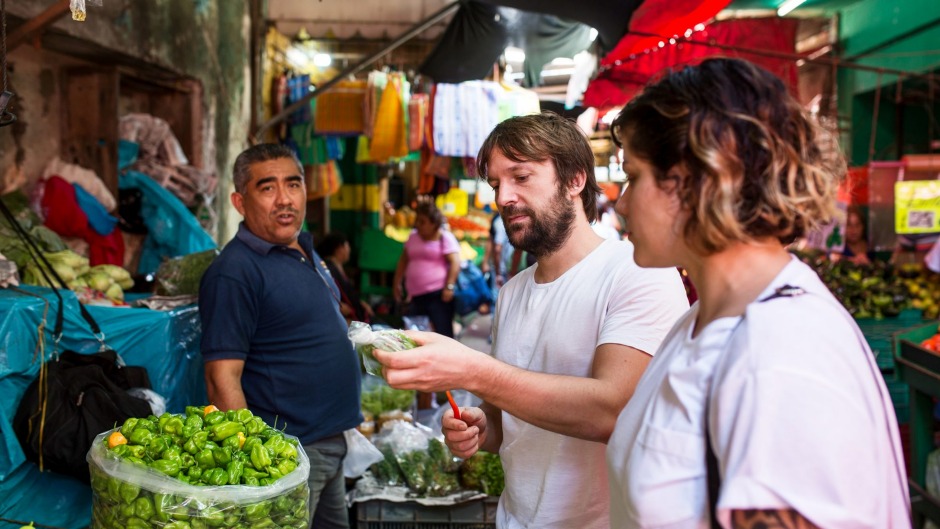 Rene in a market in Mexico

Meanwhile, he created a sort of pop-up Noma Australia in Sydney,  to which author Jeff was summoned  and where he joined team members who criss-crossed the states foraging indigenous ingredients never before seen on down-under menus:  these included items like  wild ginger and lilypilly, Neptune’s necklace and bladderwrack, sea rocket and Norfolk Island hibiscus.

An Arctic Circle trip to Norway in February  saw our intrepid author  hardly able to write, as his iPhone keeps shutting down along with his fingers inside thick gloves. He is with Roderick Sloan, who not only copes with the freezing temperatures but dives into the ocean to collect the freshest, purest seafood  around. Another adventure saw him head to Paris where he and his girlfriend explored the ‘natural’ wine bars, stocking wines that we in RSA  call organic – made with minimal interference and few, if any, additives. Redzepi’s decision to stock these wines started a revolutionary trend for others across the globe.

Myrna Robins, who wrote this review, at a book signing

Back in Copenhagen we join the kitchen team and diners at the farewell   dinner at the old Noma before Redzepi took them back to Mexico, to Oaxaca, to continue investigating the magic that is mole. They were also finalising the menu for the opening of another pop-up venue, Noma Mexico when  their million-dollar investor pulled out – because, they were told,  of Trump’s election to the American presidency. The normally oh-so-cool Redzepi was on the verge of a nervous breakdown. But he overcame the crisis by charging a whopping $600 a head and rewriting the menu. After a slow start, and after the American press described his cuisine as “the meal of the decade”  there was not a seat to be had.

Back in Copenhagen  the New Noma is taking shape and customers are being served seafood memorable beyond their wildest dreams. It is 2018 and Noma would soon be back in the competitive game that saw them reach the top –  and stay there for years – once again. 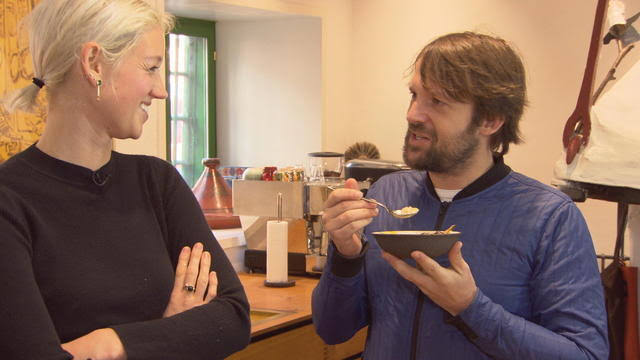 Redzepi is not a gastronomic rock star, does not indulge in tawdry antics , but this devoted husband and father is described as a perfectionist, both plodder and plotter. He is the  son of an Albanian Muslim  immigrant to Denmark and is  happily married to a Jewish woman born of Portuguese street musicians. Redzepi never forgets his roots.

There is a pleasing parallel story to this globe-trotting tale:  Gordinier was one of the New York Times food writers at the time he received an  email from Redzepi asking if the two could meet. Having personal problems at the time, and rather shamefaced that he was one of the few international food writers who had not eaten at Noma he was reluctant, but agreed. Redzepi wanted Jeff to accompanyhim to Mexico to explore the Mexican cuisine, its corn, chillies, edible insects, and most of all its mole… 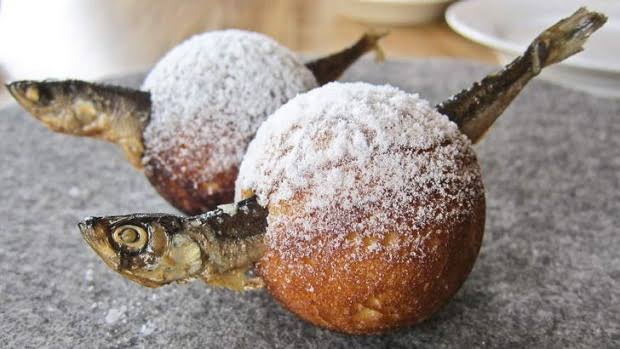 And so Gordinier joined Rene on “an inspiration-fuelled intercontinental odyssey “ which helped him sort out his own life as well as that of the eccentric, compulsive, talented Danish chef. it adds an enjoyable dimension to  “Eating, road-tripping and risking it all with Rene Redzepi, the greatest chef in the world.”

The text is enclosed in a compact hardback with  black and white photographs illustrating  characters in each chapter. An essential title for those serious about food and an intriguing one for all who savour introducing their palates to adventurous flavours.