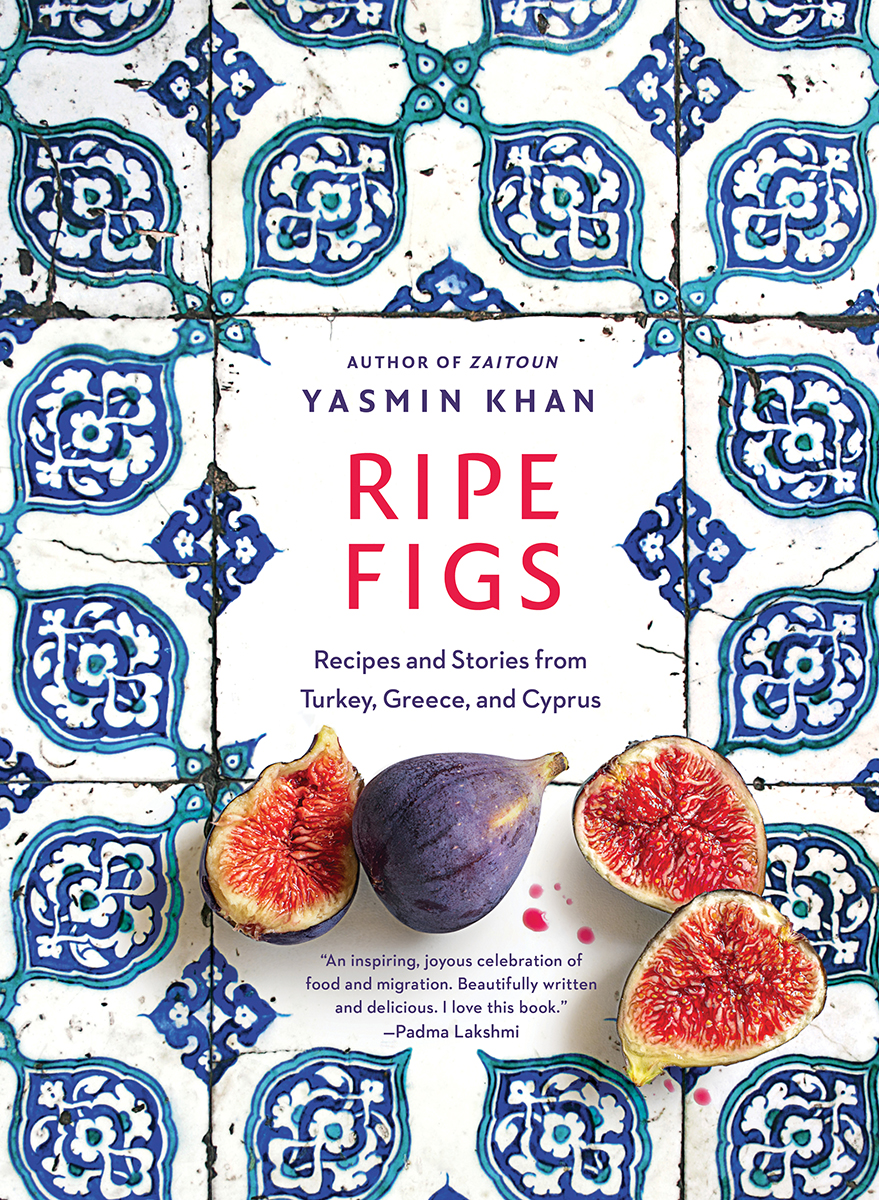 Let me expand on the headline above by defining the area about which Yasmin Khan writes so movingly – she focuses on Greece, Turkey and Cyprus – and on the subject of migrants in Greek camps and everywhere else in the world. She treats Cyprus as one island where Greek and Turkish fare are incorporated into  the Cypriot cuisine because, she says, so many locals  regard it as a single country rather than an island separated by politicians into two…

She opens with a scene of cooking the midday (and probably only) daily meal in a makeshift kitchen in the refugee camp on Lesvos in Greece. Later she helps the cook serve it to 600 refugees from many countries. Her own background as a child of Iranian parents who fled to the UK after political upheaval has  no doubt influenced her career which saw her working as a human rights campaigner before she started sharing people’s stories through food. 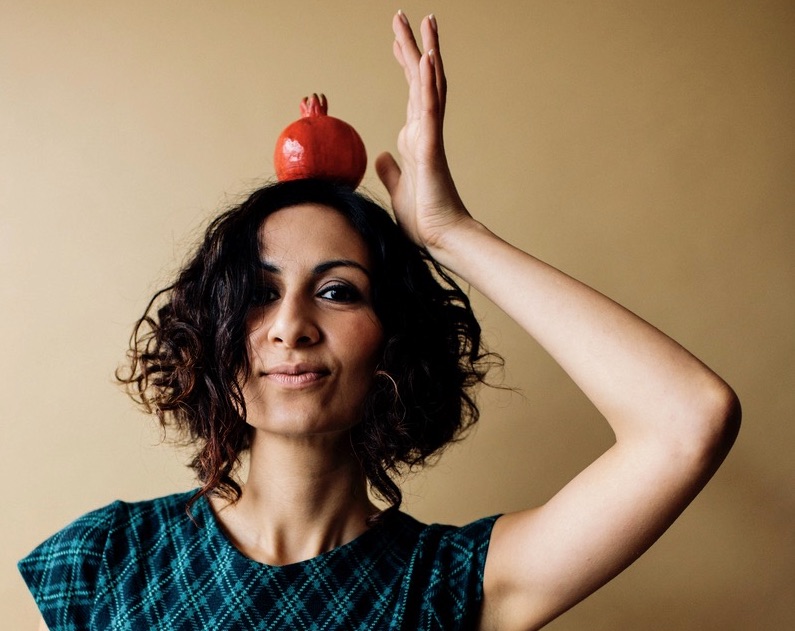 The eastern Med pantry is stocked with good and light olive oils, full-fat yoghurts, feta and other cheeses. Spices widely used are cumin, coriander, cinnamon, paprika, sumac and nutmeg while dried thyme, oregano, spearmint and dill are the herbs to have on hand. Vegetables are given the same attention as fish, poultry and meat.  Finally pomegranate molasses, walnuts, pistachios and hazelnuts are used in both sweet and savoury dishes, along with sesame seeds.

With a dairy-free, gluten-free and vegan supplementary  recipe index it is easy to see that this  culinary collection is right up there when it comes to food trends.