Achim von Arnim, owner of Haute Cabrière Wine Estate up against the Franschhoek Mountain at the Eastern end of the Valley, was one of the early pioneers of wine made in what has now become known as Méthode Cap Classique. Made in the Champagne style with a second fermentation in the bottle, the Pierre Jourdan MCC Brut nv has become a jewel in the Cap Classique crown. 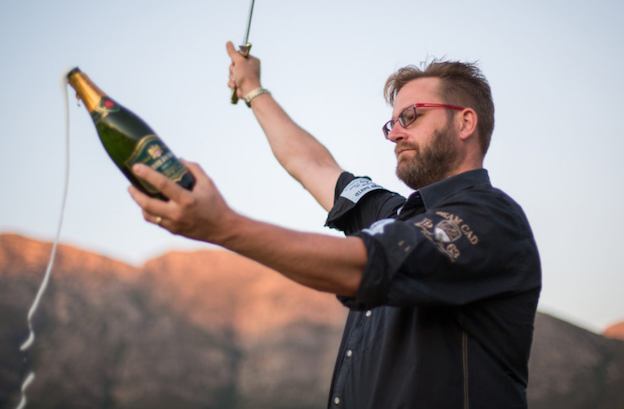 While this was the first Cap Classique produced on the Estate, Cellarmaster Takuan von Arnim now has four wines in the same style. Added to that there is the Tranquille, a still wine made from the two classic varieties, Chardonnay and Pinot Noir. In the Pierre Jourdan MCC Brut nv, 85% Chardonnay and 15% Pinot Noir are blended to make what is called the base wine. The base wine is then bottled in the traditional Champagne shaped bottle, given a dose of yeast and sugar and then closed with a crown cork. The second fermentation takes place during which time the carbon dioxide which is formed is forced back into the wine creating the fineness of bubble in the end product. The wine lies on its lees in the bottle, which builds flavour. When ready, the wine is then degorged and closed with a natural cork topper and the little wire muzzle to hold the cork in place. 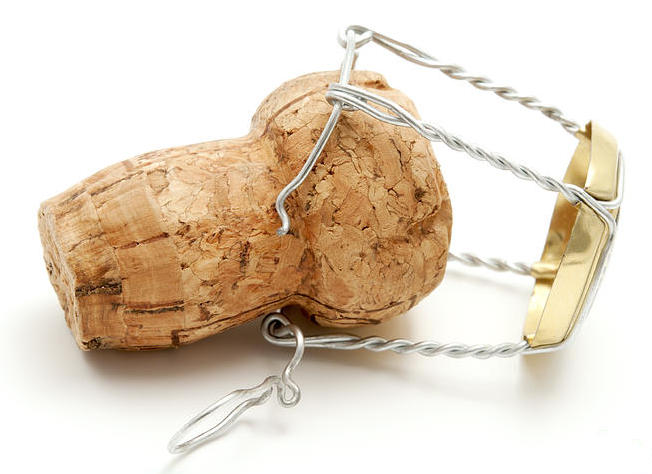 Classical Champagne cork, see how the bottom end has a layer of cork which comes into contact with the wine

Pour
From a traditional Champagne shaped bottle. The new Pierre Jourdan livery is used for the first time on this bottle – I like it softer and more regal. In the glass, there are thousands of bubbles rushing to the top and forming a little crown around the edge of the glass. The colour is a pale straw. Delicious whiffs of citrus, apple and fresh baked brioche. The palate is enlivened by the bubbles and prepares it for any food delights which may follow. The very nature of the wine makes it excellent after a couple if years of cool cellaring. 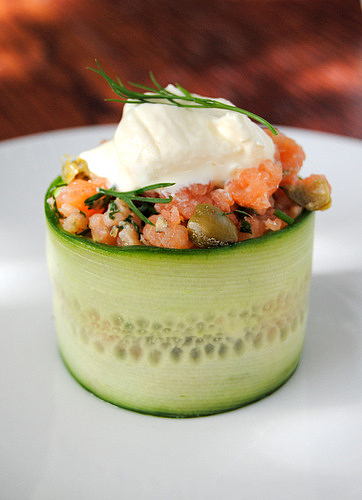 Pair
Be sure to serve the Pierre Jourdan MCC Brut nv nice and cold. It is perfect as a mid morning refresher, or at the end of the day watching the sun go down. I remember Achim once saying to me that a Cap Classique could take you through a meal and then give the coffee at the end a run for its money. There are many favourites for me with Cap Classique, one which works well is Ceviche, the classical Peruvian seafood dish, thought to have been introduced by early Japanese arrivals in that country. Gravadlax also works well. As a started to a meal, Gin-Cured Salmon Gravadlax, Tartare-Style by Jane-Anne Hobbs is a delicious partner. Click HERE for her recipe.

Listen to my 60 second podcast, click the red arrow on the left. Volume Up!