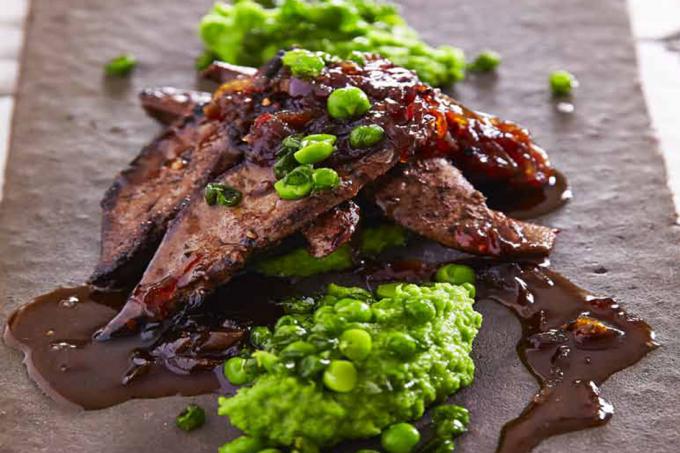 I still remember tasting this dish of Nic’s grandmother which appeared in the first series of the hugely popular KykNet cooking show Kokkedoor. He cooked it out in the winelands for an evening of nostalgia food.  It’s his favourite nostalgia food recipe and also appears in the Kokkedoor Cookbook.

Method
Cut the liver into thin slices. Season with salt and pepper and brown in a hot pan on all sides. Remove from the pan and set aside to rest until the sauce is made. [Nic adds, “Don’t give in to the temptation to pick on the liver!”]

The sauce is very easy to make, just like most of Ouma’s food. Cut the onion into thin slices and fry over low heat in the butter and oil till soft and brown. Add the sugar and season with the salt and pepper and a shot of Worcestershire Sauce. Return the liver to the pan and allow to heat through. The liver should be cooked and no longer pink. 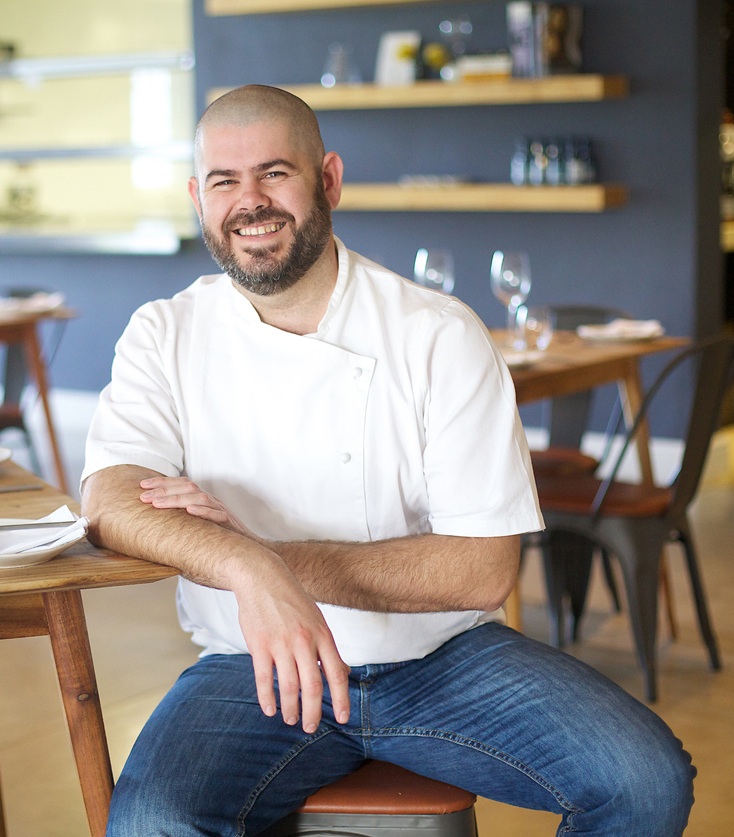 Nic van Wyk is a classically trained chef who has a pretty serious CV, and an interest in nostalgia and traditional food.  After attending the Institute of Culinary Arts in Stellenbosch, he worked with Franck Dangereux at La Colombe and then later, with Michael Broughton opened Terroir which at the time was chosen Restaurant of the Year by Eat Out Magazine. After travelling for a while and working again at Kleine Zalze.  Nic was the founding chef of Diemersdal, is a Guild member of the SA Brandy Guild, food writer, judge in the popular KykNet cookery series Kokkedoor and and and…  And he and his partner Roxy Laker opened Bistro 13 at the Stellenbosch Vineyards Winery – and what a huge and deserved success it has been. Nic and his Chef Partner Westley Müller now run the Haute Cabrière Restaurant in Franschhoek.

Remember the name – there are exciting things in store.