FOREIGN NATIVE, An African Journey,  by RW Johnson, a review by Myrna Robins… 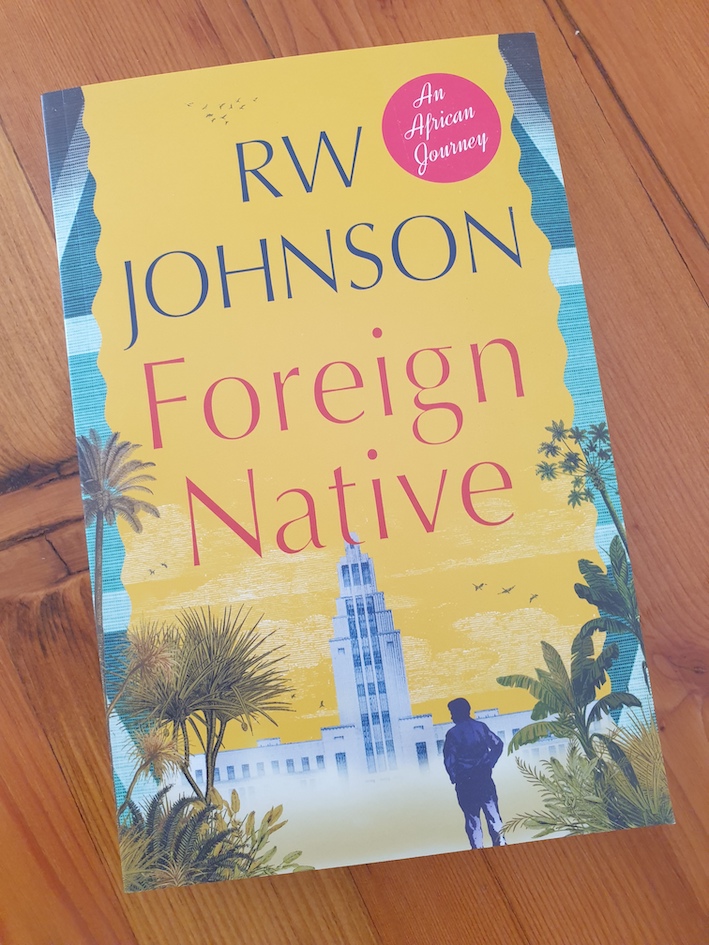 We are fortunate to have Myrna Robins send us her book reviews. A doyenne of good old fashioned journalism in wine and food and many other genres, Myrna has written a number of books on food and is a well known food competition judge, especially amongst the game lodges. She now lives in what she calls retirement in McGregor, though I am happy she comes out occasionally to write her articulate, erudite reviews. Here is hers for FOREIGN NATIVE, An African Journey, by RW Johnson, a review by Myrna Robins…

A wide range of political characters flits through these pages.  Together they made up – and a few still qualify for –  the South African  narrative from the 1960’s  to 2019 .

RW Johnson is a renowned historian and prolific writer, having penned 13 books along with scores of academic articles and contributions to the international press. Among the biographical notes on the back cover of this softback we learn that he is the only SA Rhodes Scholar resident who returned to live in South Africa after the end of apartheid.

He opens with his first days at a government, all-white school in Durban. His family had moved from the UK (where he had not enjoyed schooling at Christian Brothers) to South Africa as his father, a marine engineer, took up a post at the new dry dock  for provisioning tankers heading south to round the Cape.

Recollecting the complete lack of discipline in the classrooms, Johnson displays his remarkable memory for incidents and even conversations between boys and their teacher, which made for some hilarious exchanges.

On to the University of Natal where life gets more serious although there are always funny recollections to lighten the text.  His left-wing leanings were cemented largely by the Sharpeville massacre in 1960 after which his company often included Ronnie Kasrils and  then girlfriend in Durban. The security police featured regularly in their lives. 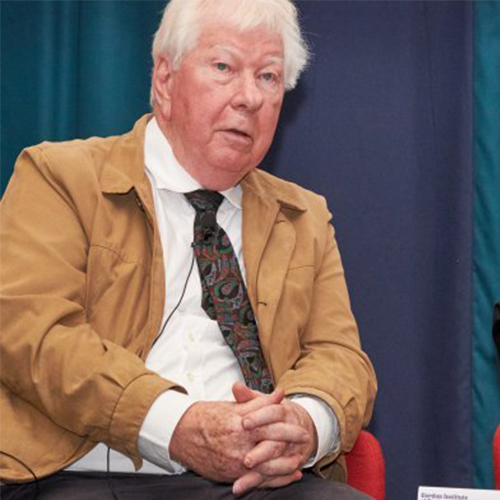 Johnson won his Rhodes scholarship and left for Oxford in 1964 where he blossomed into a political historian whose thesis focussed on the ex-French country of Guinea.  Over the following years many South African friends and members of his own family joined him in Britain. This was the time that many African countries were gaining their independence although it soon became clear to Johnson that the new political elites were more interested in their own self-enrichment than fulfilling their ideological manifestos.  Guinea was one of these.

Back in South Africa he widened his circle of friends, who now included several left-wing Afrikaners even as his own views became more realist. Moving between both countries saw Johnson being sent to South Africa to cover the release of Mandela after which he acquired funding to study the first democratic election in 1994.

The chapter 1999 -2007 “the years of Thabo Mbeki’s untrammelled power” provided  a reminder to this reader: While I knew him to have a large ego his paltry achievements at Sussex university were a surprise and his paranoia about South Africa’s incidence of HIV/Aids caused not only huge misery and deaths among black women and babies, but developed into a genocide as they were stopped from accessing the antiretroviral drugs that could have saved their lives.

It is rare for Johnson to talk much about himself, but he shares the development that affected his life in 2009 when he contracted necrotising fascilitis after stubbing a toe while swimming in a polluted dam on the KwaZulu-Natal south coast. He lost his left leg which naturally affected his ability to travel all over Africa. But he continued to write, even more profusely, as the Zuma era saw South Africa deteriorate in every field from finance to transport, energy to education, from public service to water provision.

To finish, two quotes, first from his friend Harold Strachan. Having returned from a  visit to Australia he told Johnson what a nice place it was “but… rather bland. It was a relief to get back to abnormality.” Johnson sums up with ”But Africa, especially South Africa, is often so disturbing, so saddening, so gladdening and just plain interesting that once you’ve lived there long enough, it’s hard to live anywhere else.” He lives in  Cape Town.

Myrna Robins, at a book signing for one of her books