Home to Bain’s Cape Mountain Whisky, the James Sedgwick Distillery in Wellington, Western Cape, was recognised with the prestigious Green Company of the Year award hosted by the BIG Awards for Business towards the end of 2019 and more recently, awarded the title of Sustainable Distillery of the Year at the 2020 Icons of Whisky Awards held annually by Whisky Magazine in London, beating competition from all producers across the globe ranging from Scotland, America and Ireland to Australia. 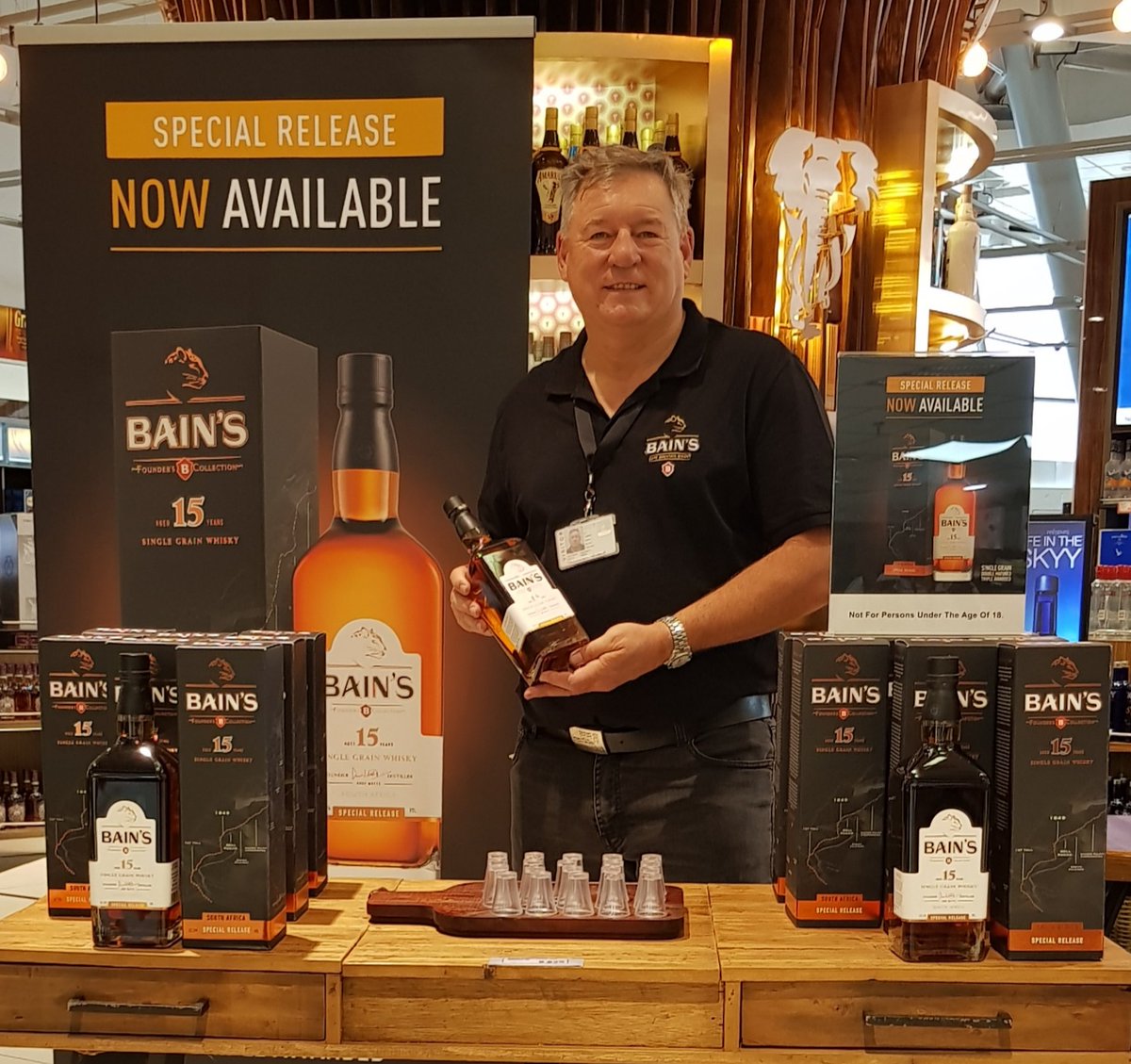 Andy Watts, Founder Distiller of Bain’s Cape Mountain Whisky, says in a whisky-world of similar, he chose to reinterpret the mastery of whisky-making.

“Bain’s was launched in 2009, long before single grain whisky became a trend around the globe.  My vision for this whisky was to offer consumers something truly South African.”

“It all started with South African yellow maize, light and sweet in taste, and maturing the spirit not once but twice, in new rather than the customary older wood.  The result is nowhere near similar to any other whisky. The masterful double extraction of flavour and colour, and incredible smoothness has led to Bain’s Cape Mountain Whisky being awarded as the World’s Best Grain Whisky not once, but twice in 2013 and 2018.”

Watts says that together with the warm South African climate which accelerates maturation, resulting in an exceptional smooth whisky with extraordinary flavour, the whisky is truly one of a kind. 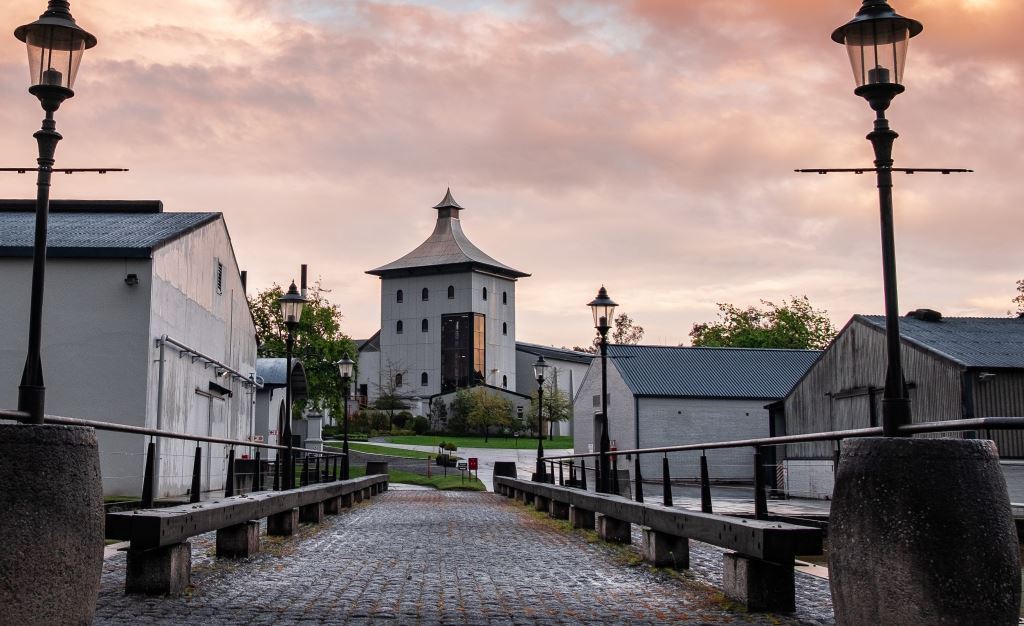 The distillery, the only commercial whisky distillery in Africa, has been at the forefront of innovation with state-of-the-art equipment and ingenious sustainability projects.

“Making whisky is not just about the liquid. It’s about finding ways to lessen the impact on the environment,” says Watts.

Over the years the distillery team implemented a number of initiatives that include:

Recycle spent grains for animal feed which is high in protein.

Through a reverse osmosis plant the distillery treats waste water on site.

Spent grains is taken to the anaerobic digester where the spent grains (animal feed) are separated from the waste water and treat it in their reverse osmosis plant down to a standard whereby it can be re-used in the process as boiler water. This is resulting in an approximate saving of 35% of our water requirements.

By collecting the CO² emanated during fermentation, the distillery repurposes this greenhouse gas towards the use in carbonated drinks. 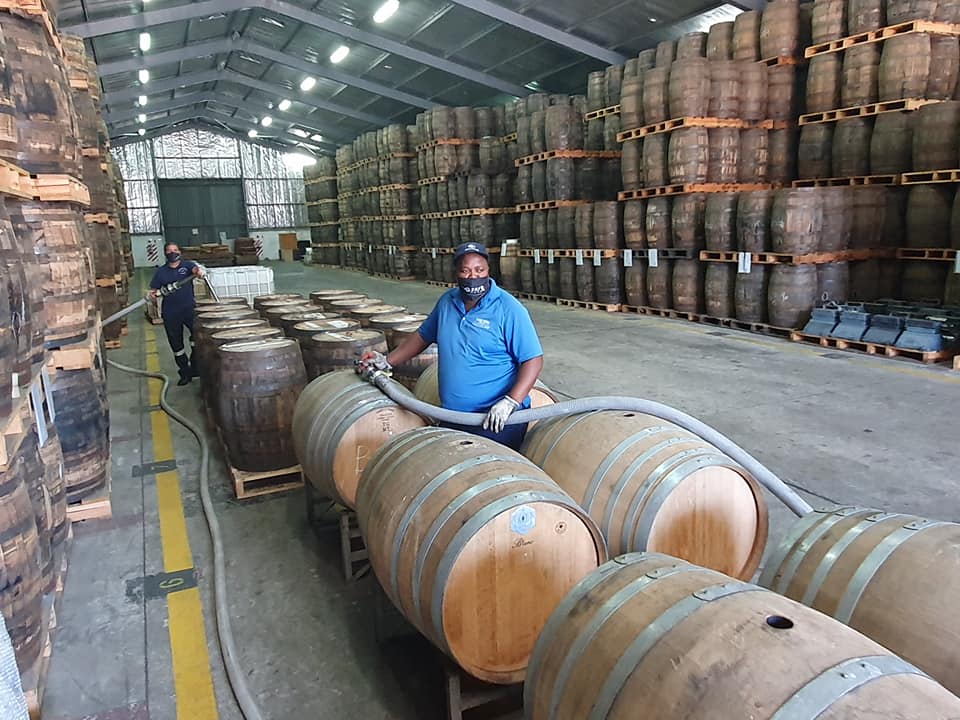 The limited-edition green labels will be available from leading retailers for around R289. Follow the green interactive initiatives planned by the team on social media, and join sustainability efforts that bring real change. 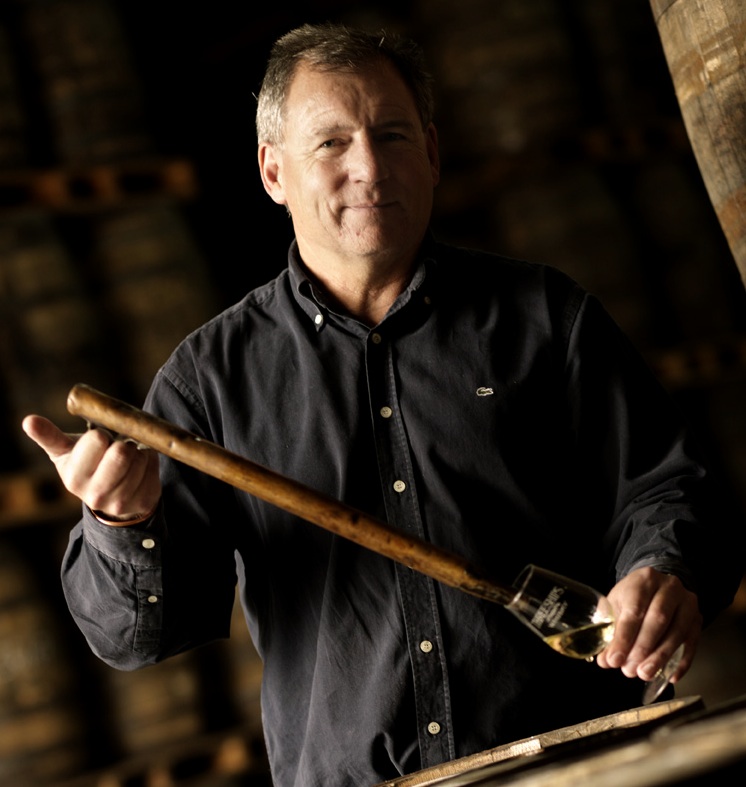 The induction will take place on 25 March during an online ceremony when the Global Winners of the Icons of Whisky Awards together with the World Whiskies Awards winners will be announced.

The honour of Whisky Hall of Fame has been bestowed on just a handful of iconic people since its inception in 2004, as a permanent tribute to their lasting contribution to the whisky industry. 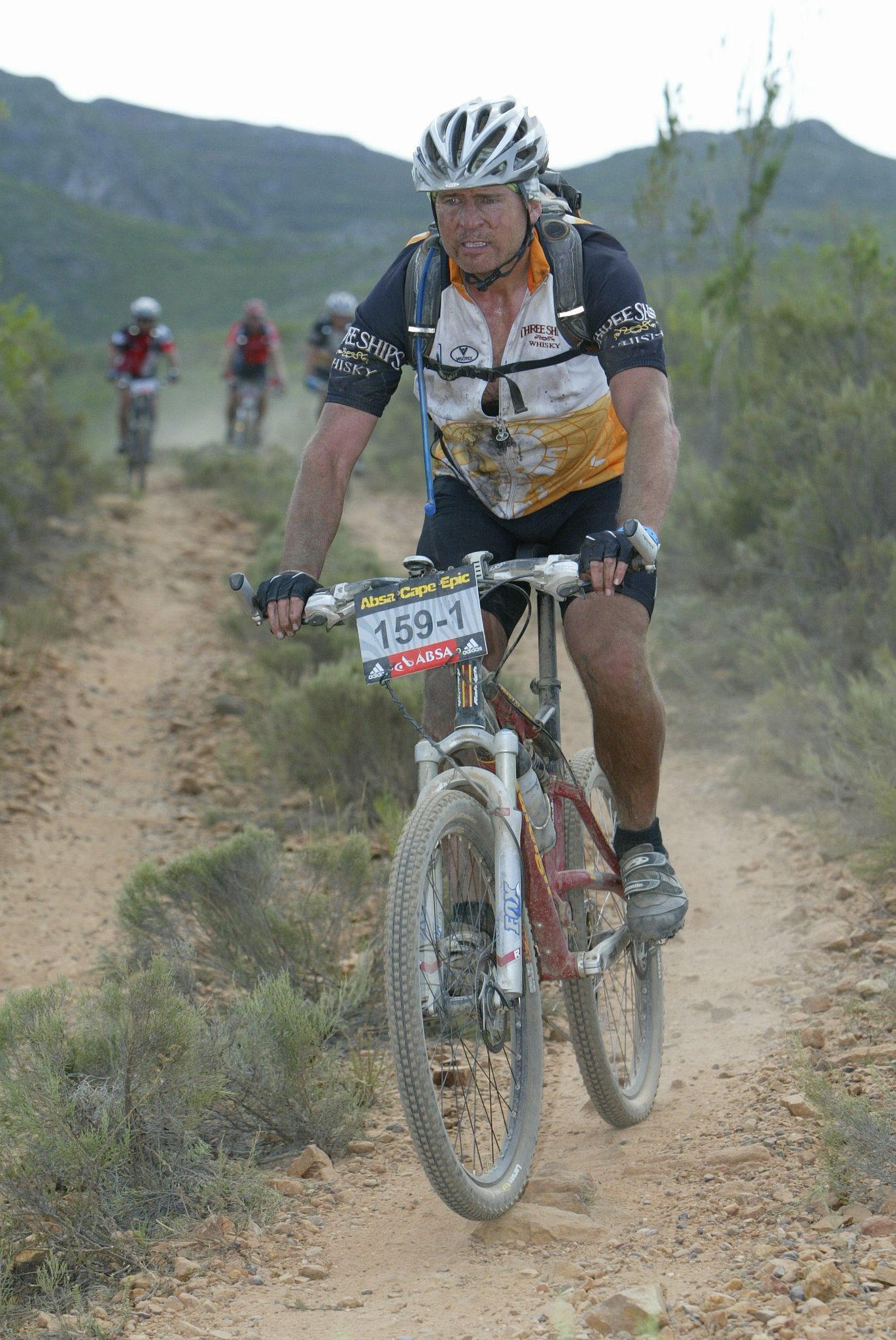 Andy Watts when he is not making whisky

Andy will receive this prestigious accolade in recognition of his life-long commitment to the South African whisky industry and subsequently, the World Whisky Category (whiskies produced outside of Scotland, the USA and UK).

Andy’s career didn’t start-off in the world of whisky. He grew up in Penistone in Yorkshire, England and arrived in South Africa in 1982 as a professional cricketer with Derbyshire CCC planning to spend six months a year coaching at schools throughout the Boland.

Within three years, he landed a position at the then Stellenbosch Farmers Winery (SFW) where he became involved in blending spirits. He was invited to Scotland by Morrison Bowmore Distillers to work hands-on at its three distilleries – Auchentoshan in the Lowlands, Glen Garioch in the Highlands and the legendary Bowmore Distillery on the Isle of Islay. 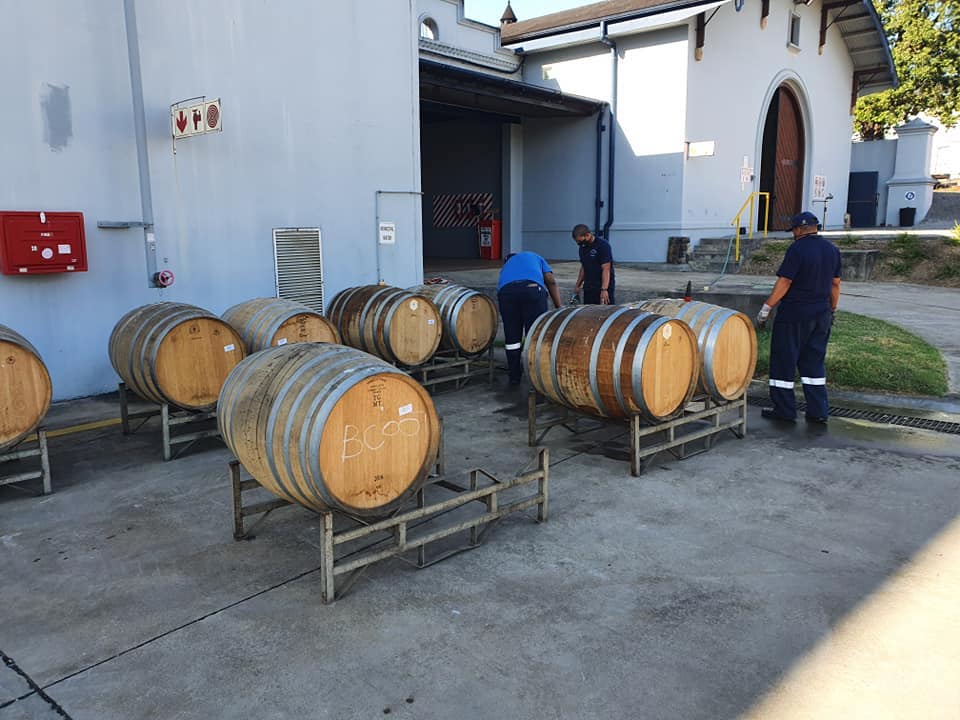 A batch of previous fill and flavoured barrels just arrived

He returned to South Africa determined to prove that the country can produce internationally award-winning whiskies. Back at SFW, he was tasked, along with the company’s Technical Services Department, to transfer its fledgling whisky operations from the R&B Distillery in Stellenbosch to The James Sedgwick Distillery in Wellington, taking up his position as distillery manager in August 1991.

In addition to a host of global awards achieved for the whiskies and the distillery, Andy was awarded in 2016 and 2018 the title as “Rest of the World Master Distiller / Master Blender” in Whisky Magazine’s Icons of Whisky Awards and in the 2018 awards went on to be named as the “Global Icons of Whisky Master Distiller / Master Blender”. More recently he received the “2020 Global Icon World Whisky Ambassador Award” for his passion in not only creating whisky but in sharing knowledge of South African whiskies around the globe. 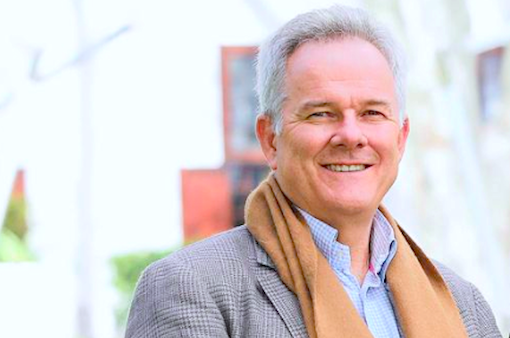 Richard Rushton, Distell’s CEO, says this incredible achievement is tangible proof of the lasting legacy that Andy has accomplished for Distell and South African Whisky.

“Making whisky in those early years certainly came with its challenges yet Andy persevered. With an unwavering passion for whisky, he dedicated his career in not only establishing the South African Whisky category and subsequent world-wide recognition for the exceptional whiskies produced here, but today inspires a new generation of local craft whisky producers. He continues to be the driving force of the industry and we commend him for his dedication, innovation and commitment to South African whisky.”

After spending 25 years as Manager of The James Sedgwick Distillery, Andy took up the position as Distell’s Head of Whisky in 2016. He is responsible for the company’s South African whisky portfolio focusing on the process, quality and style of their whiskies, providing strategic guidance to the production of the range of Three Ships Whisky and Bain’s Cape Mountain Whisky.

Andy is also instrumental in providing the vision for the Three Ships Whisky Master’s Collection – the limited release whiskies made available from time to time to showcase the innovation of South African whiskies through an online live sale – and a range of exclusives produced for local and international retail.

His vision to produce whiskies sustainably has resulted in The James Sedgwick Distillery, the only commercial whisky distillery in Africa, being at the forefront of innovation. With his guidance, the distillery has won numerous international accolades for ingenious sustainability projects that lessen the impact on the environment.