Tonkotsu, a fine place for a bowl of fine Ramen… 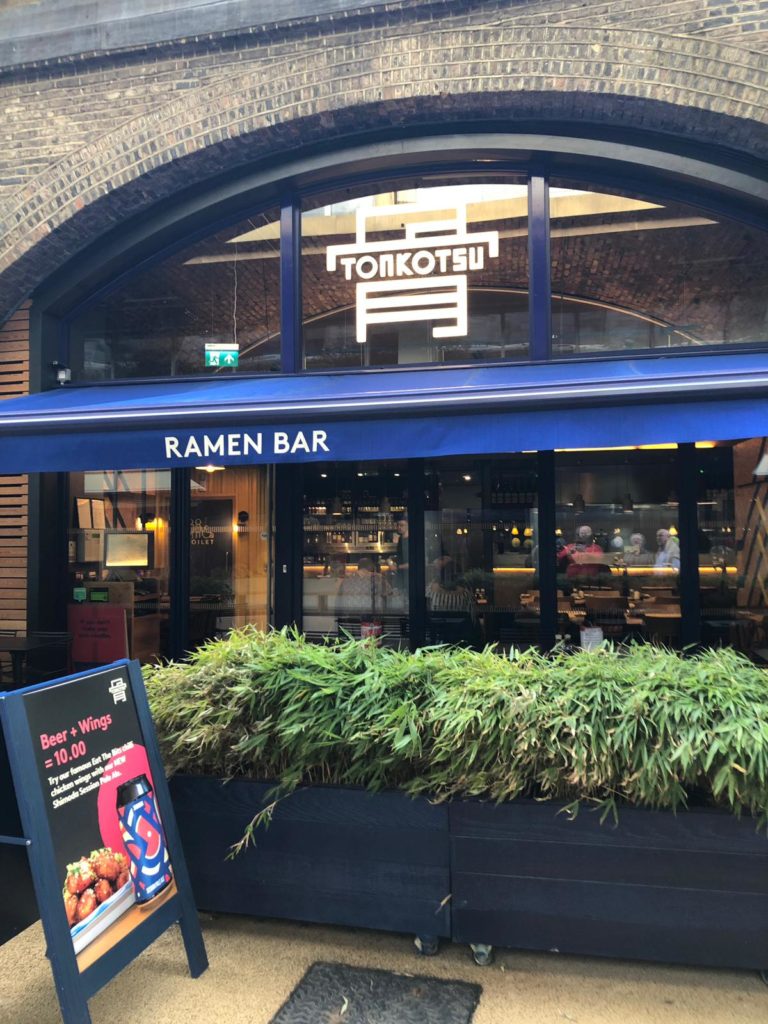 Visiting London and staying with our children, I am amazed at how many excellent little restaurants there are and the variety of cuisines available, quite inexpensively, just walk in and take a seat. Nothing like this when I was a student here exactly 50 years ago. Much has changed and much has remained the same. 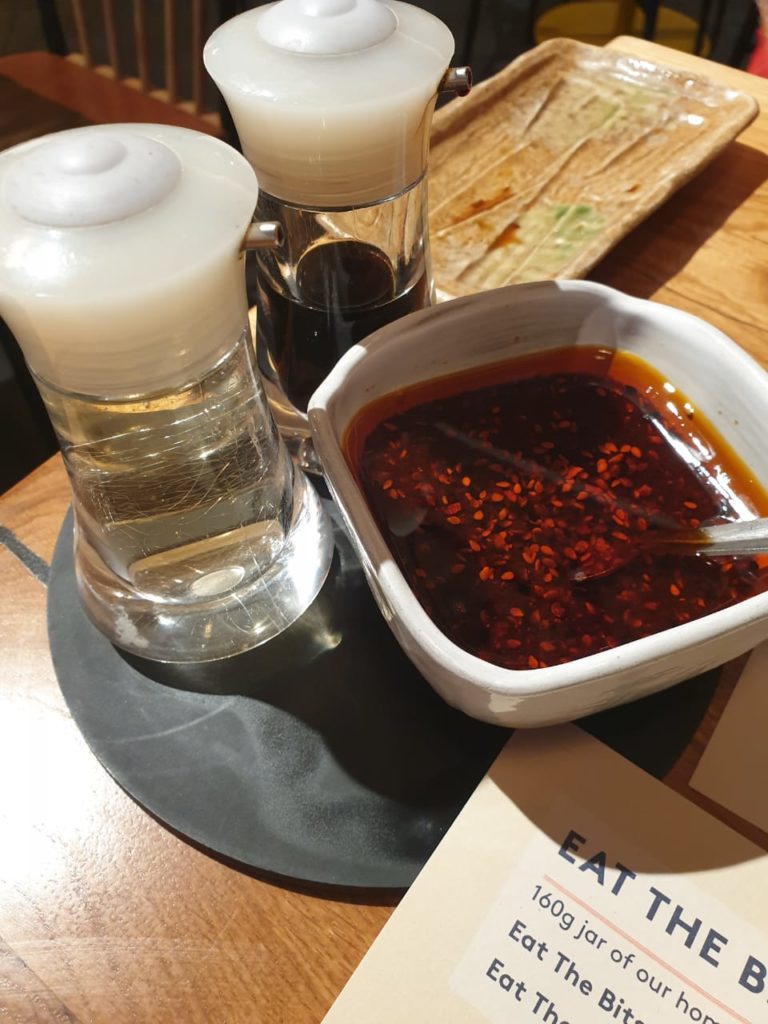 Rice wine vinegar, soy sauce and a bowl of Chili Oil to perk up your Ramen

So it was for us with Tonkotsu, a neat little Ramen Bar, underneath the arches of Battersea Bridge on the northern bank of the Thames. Clever entrepreneurs have developed these aches into all manner of different shops, though the lane where Tonkotsu finds itself, Arches Lane, Battersea is a row of arched restaurants facing it with services and staff entrances all at the back. 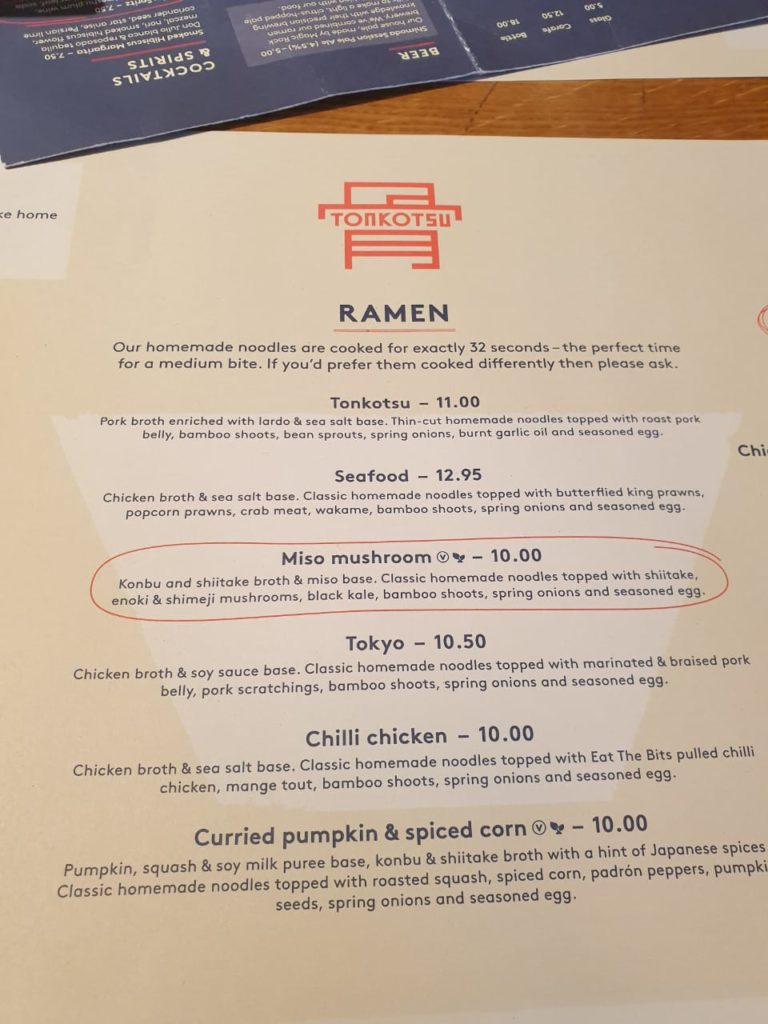 A glimpse of the Menu

Tonkotsu is a Ramen Bar with a limited choice, one needs no more. There are starters and desserts all served to us by an efficient waiter, she was Japanese. There were Japanese Beers and a good selection of wine, in particular an excellent Provencal Rosé. We started with a plate of Pork Pot Stickers which were delicious and set the mood for what was to come. 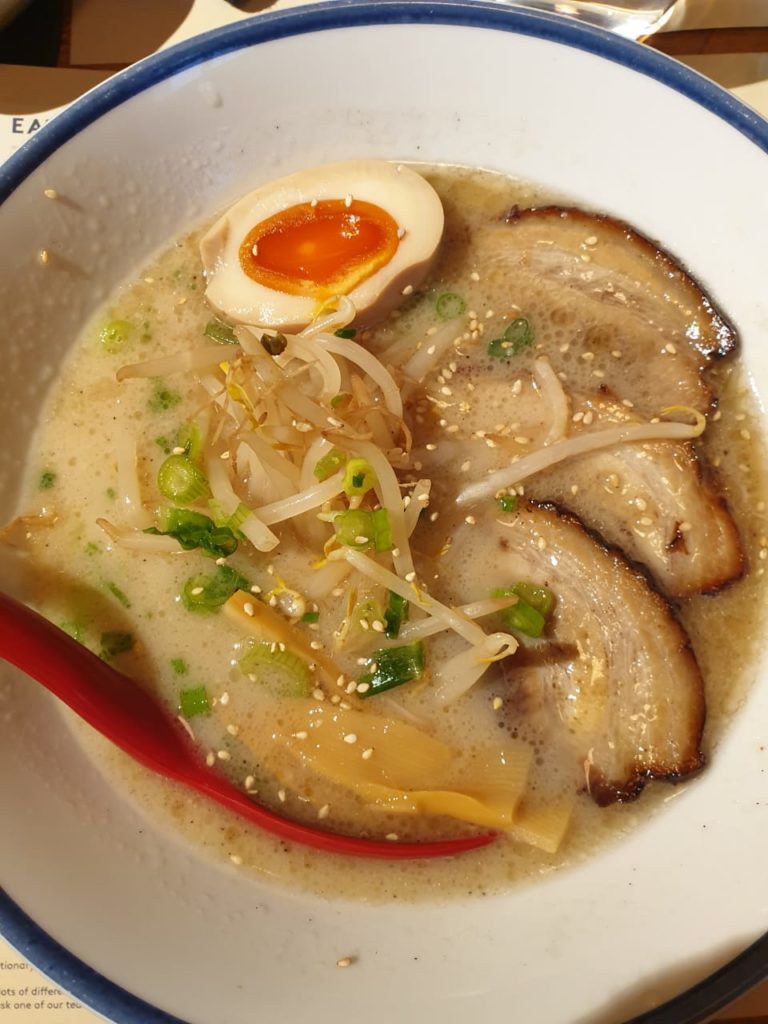 On the Menu it appears as Tonkotsu

Tonkotsu Ramen originated on the island of Kyushu in Japan. A soupy pale white broth made from pork, mainly bones and skin. The noodles were made on site and were cooked, as expected, al dente. There were chopped up mushrooms, thin slices of white pork fat, crispy bamboo shoots, spring onions and black garlic oil added the bite and, on top, the most perfect seasoned egg, the bright orange yolk just cooked enough to make it oily. The whole egg has been marinated in soy sauce and other seasonings. The dish was garnished with three generous slices of pork belly. 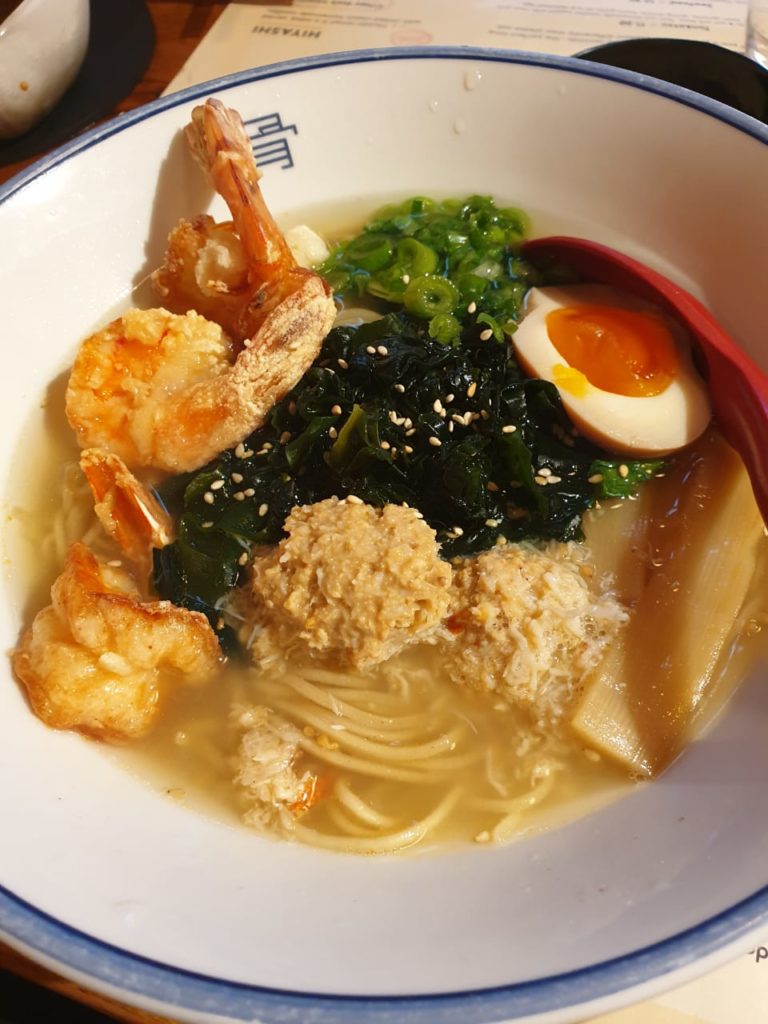 Madeleine had the Seafood Ramen which had a chicken and sea salt broth, packed with prawns and crab meat, it too had the bamboo shoots, the spring onions and the seasoned egg. It too was delicious, with crunchy prawns, tempura fried.

There was a little platter with seasoning, rice wine vinegar, soy sauce and a bowl of Chili Oil to perk up your Ramen. 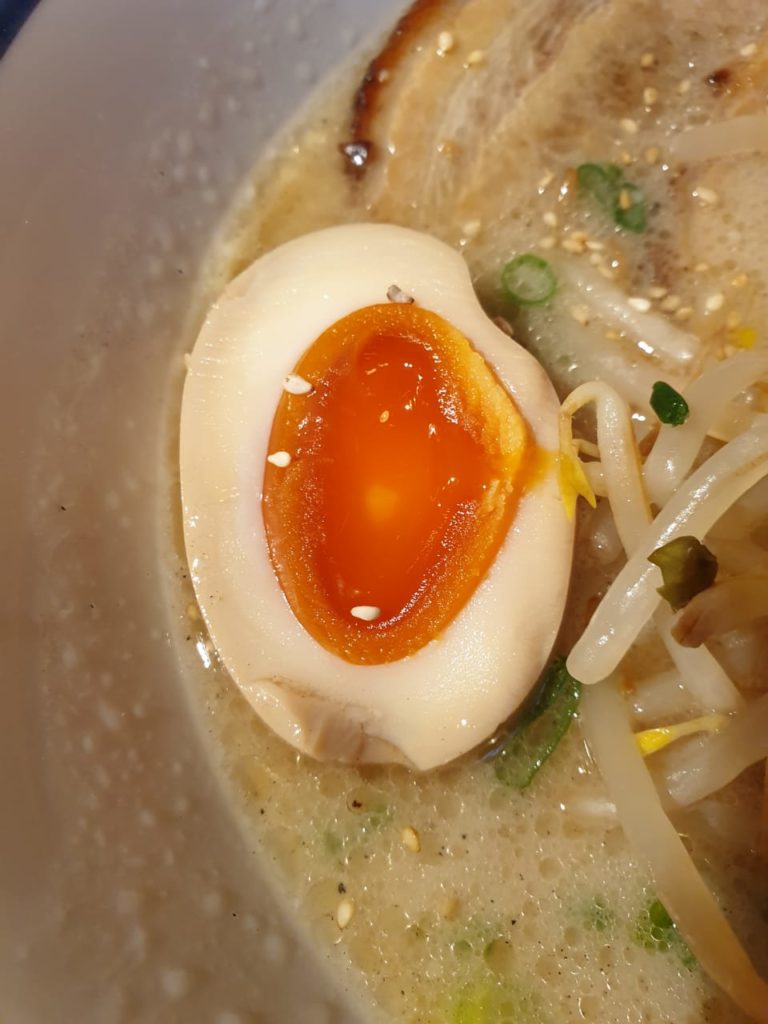 This is a restaurant in which I would happily eat once a week, charming staff and a very hearty farewell from the chef in the open kitchen where pots of steaming water created an atmosphere that hard work and good food were yours to share.

You will find Tonkotsu Ramen Battersea at
6 Arches Lane Battersea Power Station, London SW11 8AB
Telephone 020 7720 7695
There is seating outside, inside is cosy and casual
Tonkotsu has several restaurants looted around the city