Nuy on the Hill, the hospitality centre for Nuy Winery’s Wines

I have truly happy memories of a weekend spent in the Nuy Valley between Worcester and Robertson. We stayed at the old farm, now called Penhill Manor. An old Manor House which stands on the old Worcester Robertson Road, closer to the Mountains then the current road. The Homestead has tall palm trees in front of it to give wagon travelers an indication where they might find water for their horses or a welcome bed for the night. 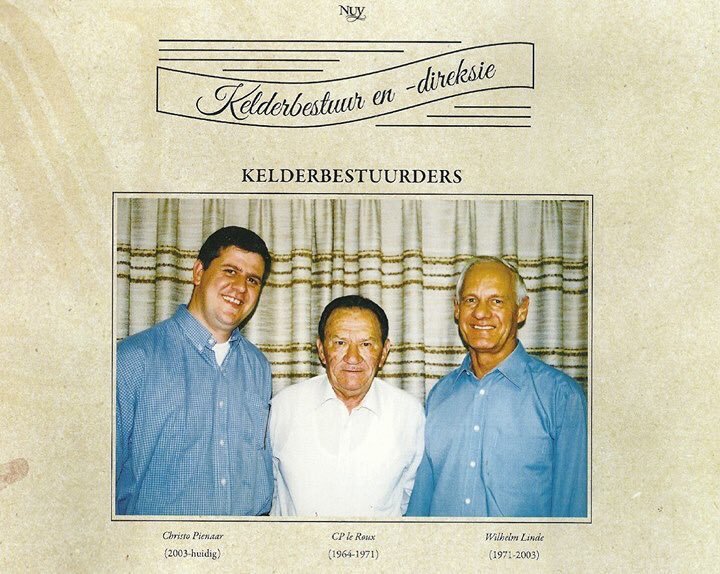 The 3 winemaksers of Nuy Winery since its founding

The Nuy Valley produces not only some of the finest olive oils in the country but is well known for its wines. The Nuy Winery, which was founded in 1963 has had only three Cellarmasters of whom I have known two. I did not know the Founding Cellarmaster C P Le Roux, but I did know the legendary Wilhelm Linde who in his time made a stunner of a dry Colombar. Today the current Cellarmaster Christo Pienaar, who has been at the helm for 15 years, still makes a Colombar, though semi-sweet. There is a wine called Barbieri Idro which was named for an Italian WW2 prisoner of war. There is a memorial stone outside the building for him. Turns out that everyone thought his name was Barbieri Idro. When he arrived here as a prisoner of war, he misunderstood the person taking down his details and told him he was a Barber from Idro. Barbieri Idro was the name by which he was subsequently known 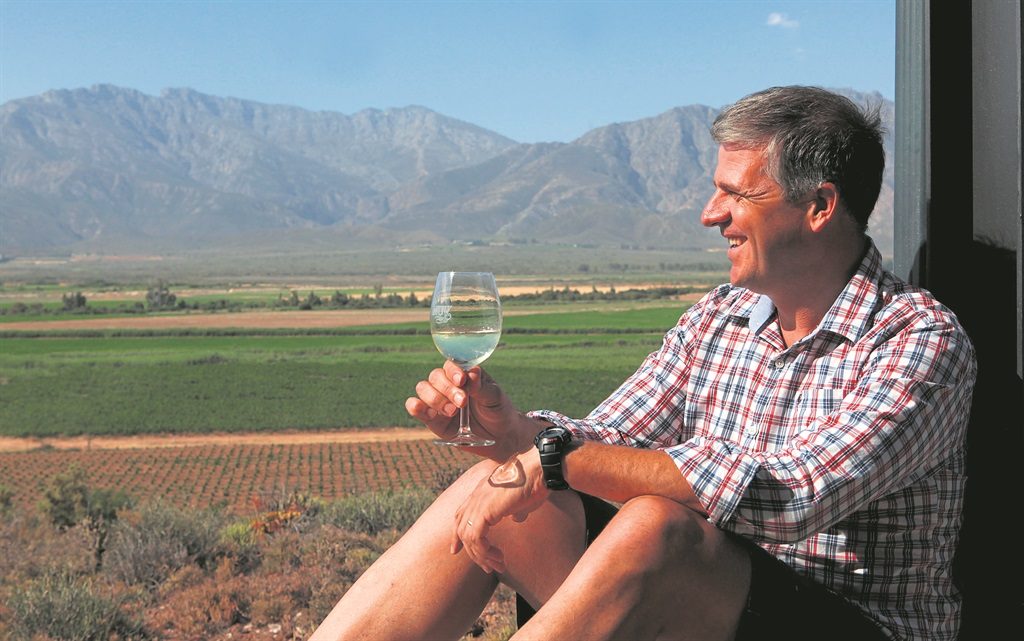 Christo Pienaar, Nuy Winemaker enjoying a glass of his own

A visit to Nuy on the Hill which is the hospitality section of the Nuy Winery is worth the trip from Cape Town. Beautifully designed tasting facility and restaurant which has some of the best views in the semi Karoo. Majestic Mountains, hectares of well cared for vineyards and olive orchards. Had a lovely burger there for lunch. We had little tastes of the wines throughout the meal. It’s a friendly place.

I have recently had the opportunity to taste a couple more of their wines, here are my views.

Calcareo is a Latin word which is in common use in both Italian and Spanish and refers to the chalky soils in which the vines are grown.  This is a Chenin Blanc, our largest planted wine grape, which has been aged in a combination of French and America oak barrels for 8 months. This is a fine elegant white where the oak, fine French backbone and the American which gives the impression of vanilla sweetness. Alive with sweet tropical limes and the expected baked apple, white flowers and fynbos honey. The residual sugar is 1 gram over technically dry, so for all intents and purposes, it is a dry wine.  Packed in a Bordeaux shaped bottle under natural cork. The label is elegant Nuy stuff. 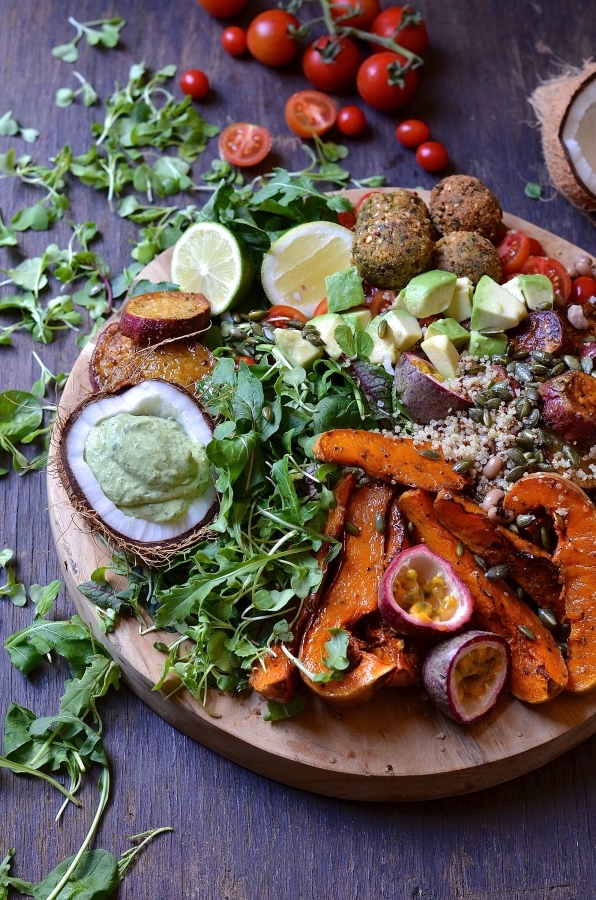 Pair
This is a fine food wine and will go well with smoked fish pâtés and Oriental foods. Dianne Bibby’s The Ultimate Buddha Bowl harvest board is the perfect partner for this sublime wine. Click here for her recipe.

Made in the traditional Champagne style, locally called Méthode Cap Classique with Chardonnay and Pinot Noir grapes.  Made in the traditional method were secondary fermentation takes place in the bottle. Wine spend 54 months on the lees before disgorgement. A Brut wine with an appealing smokiness, baked apple and butter brioche. Very refreshing, use during any meal as much as you would use it for celebration. 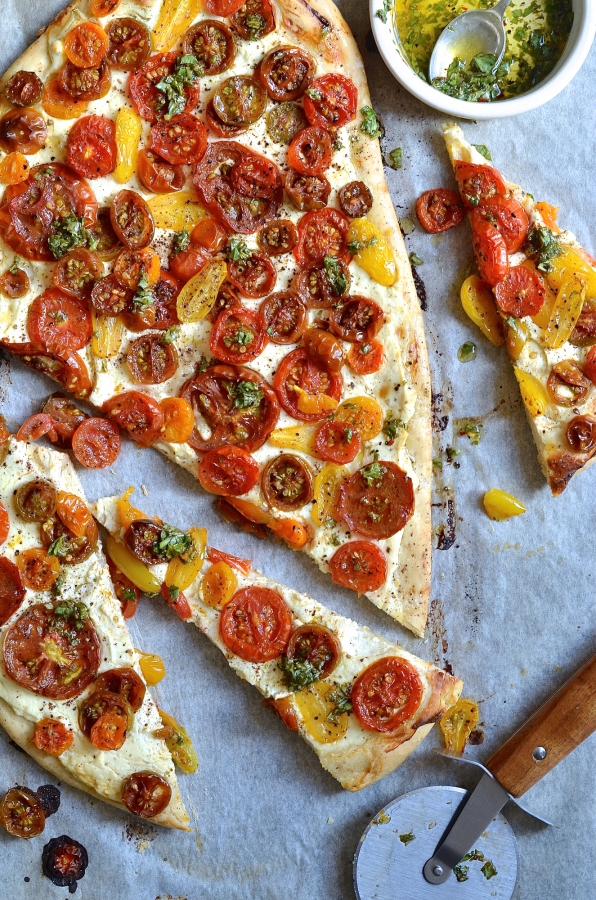 Pair
You could go grand here and serves with oysters, caviar and lovely plump pink prawns with aioli, the golden butter of Provence. Or you could go simple and utterly yummy and appropriate with Dianne Bibby’s Ricotta and Tomato Flatbread with Sumac & Herb Oil. Click here for her recipe.

What I really like about this wine is that it combines the best of Sauvignon Blanc. Some early pickings assuring the characteristic cut grass aromas, a fynbos herbaceousness and the tropical fruits, from later pickings, follow through on the palate and well into the long and gently waning aftertaste. There is a delicious sappy line of zippy fruit acidity which runs through like a golden thread from entry to the ending. 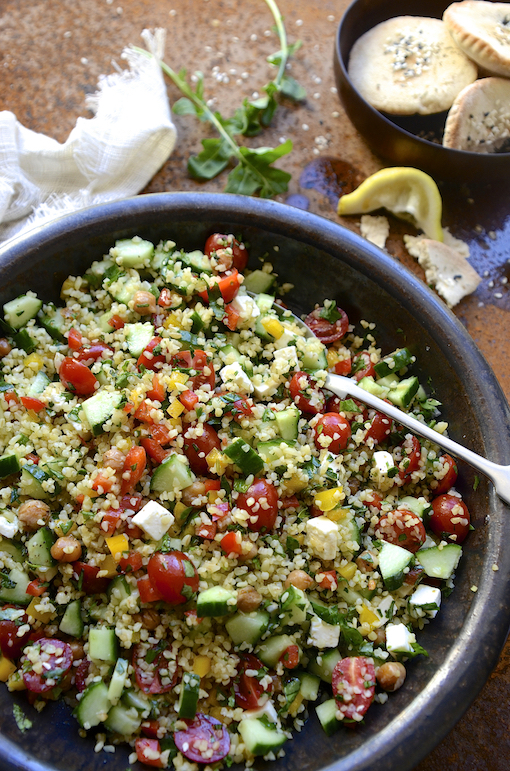 Pair
The Middle Eastern Salad Tabbouleh is a vegetarian salad and perfect for a light summer lunch under a pergola. I was first introduced to this salad by a Lebanese lady who worked for me in 1974. Love the freshness of the herbs. Click here for Diane Bibby’s Tabbouleh inspired bulgur wheat salad. Delicious with the Nuy Sauvignon Blanc 2018. 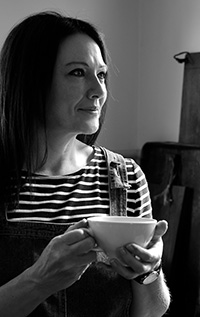