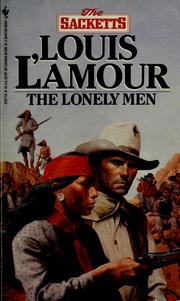 Stienie Boshoff looked up from his Louis L’Amour novel. “Really? I thought ‘blanc’ was what your mind does every time the widow Klitana Nothnagel asks you to fix her plumbing.”

Dolf ignored that. He put two bottles of wine on the counter of the Duiwenhoks Posduifklub, our watering-hole in Vermaaklikheid, and continued without missing a beat. “And blanc – white – is the colour for spring. For it is the colour of purity. Rebirth.Virginal…” 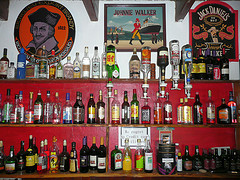 “Heavens!” exclaimed Colonel Zaccharias Snodgrass as he peered out to the river, which was flowing gently and blue. “Well thank heavens for your white jacket then, Dolf. The last time we saw something virginal in Vermaaklikheid was before the rinder-pest when that party of Convent nuns came bird-watching.”

Tielman patted Dolf as he walked past. “You now the saying: A nun in the hand is worth two in bush.”

The heat was stifling and the windows’ shutter were thrown open, but there was no breeze to move through the room.

“But this,” Dolf said, “is my favourite Blanc – Sauvignon Blanc.” The first bottle was a Rietvallei Sauvignon Blanc 2014 resplendent in a sharp white label, as suave and elegant as Dolf’s jacket. He filled our glasses and we sat back, the Colonel fanning himself with his straw boater.

“I have never met a Sauvignon Blanc wine I did not like on a hot day,” the Colonel said taking a deep draught. “But this is truly beautiful, above average. A whiff of tropical fruits, such as I smelt in the jungles during the Burmese campaign. With a crisp, life-affirming charge of refreshment of the kind Lawrence of Arabia felt upon reaching the coast of Aqaba after three weeks with the Arab camel jockeys.”

Rietvallei in the Robertson Valley

The glass in Tielman’s hands was already empty. “Rietvallei. Robertson. Conjuring great memories. A fantastic wine estate, the young Kobus Burger doing a fine job letting the rest of the country know that Robertson can, indeed, make Sauvignon Blanc wines that can hold their own with South Africa’s best.”

Dolf filled Tielman’s glass. “Oh,” Tielman continued, “and there is a charming European minerality in the wine, reminds me of fruits of the Loire, you known the green stretch with the clay soils.”

Stienie snorted through his moustache. “Sounds like you swallowed a Platter Guide and a Wine Spectator in one sitting,” he said. “I don’t know what the ouks in Robertson will make of that fancy talk. This is just a great, lekker wine of which I want more of right now.”

The second bottle also had a label which Dolf would refer to as “blanc”, but the wine was Chardonnay.

“Not my favourite,” said Stienie. “Drinking Chardonnay can be like licking a wooden plank that has fallen into a wine vat.”

Dolf sniggered as he filled the glasses. “Unwooded, Squire,” he said doing the rounds. “An unwooded Chardonnay from De Wetshof called Bon Vallon.”

The name De Wetshof brought a revered silence. A farm neighbouring on Rietvallei, De Wetshof was a Robertson icon, known for producing Chardonnay in the limestone rich soils.

Dolf let out a sigh after he sipped his wine. “Now that is Chardonnay in its purest form. Grapefruit and freshness. I can taste the white round pebbles scoured by the bracing waters of the Breede River. What a fantastically complex white wine.”

The Colonel stood up and proposed a toast. “To friends and good wine to share with them,” he said.

“To Sauvignon Blanc from Rietvallei, so good it makes my eyes water from the virginal purity,” says Tielman. Stienie raised his glass. “To De Wetshof and this fine Chardonnay, which must be a wine close to Mister Hershowitz’s heart.”

Silence of a quizzical kind settled down.

“Because this wine reminds me of the Widow Nothnagel – it hasn’t got any wood in it.”