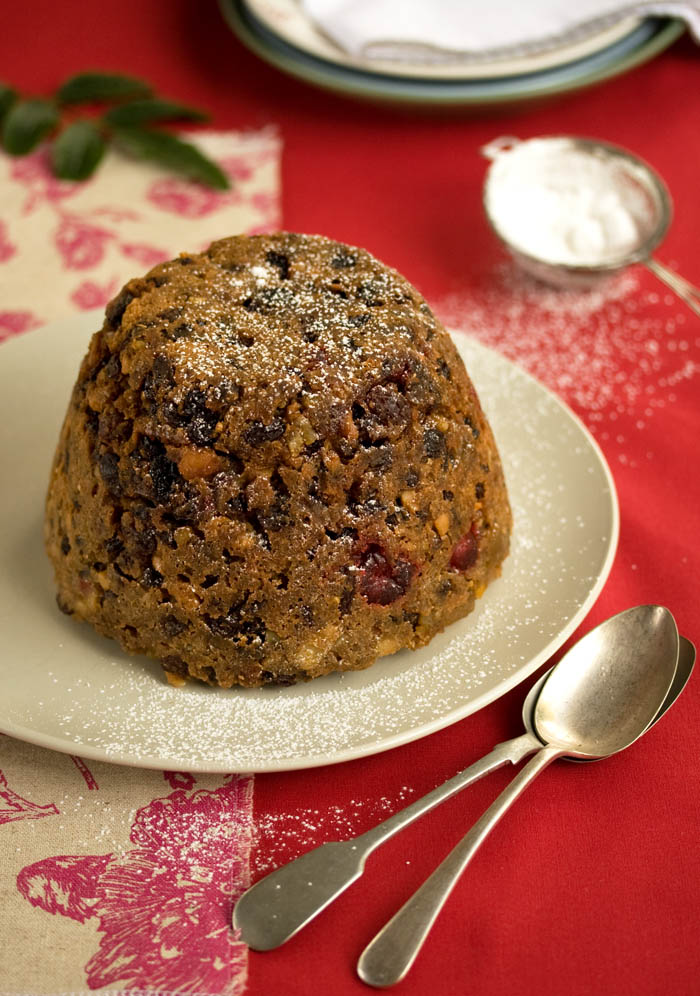 In the Anglican Church Book of Common Prayer, “The Sunday next before Advent” falls this year on the 21st November 2021. This is the day on which, after Church, the Christmas puddings were made in my home when I was a boy [and I do not need to point out that this was some time ago!].

As a little boy I was very aware of Stir Up Sunday, the day on which, by tradition in our family, the Christmas pudding was prepared. The term comes from the Anglican Church Book of Common Prayer: “Stir up, we beseech thee, O Lord, the wills of thy faithful people; that they, plenteously bringing forth the fruit of good works, may of thee be plenteously rewarded.”

Aunt Muriel was a lovely old aunt of mine who was a great baker and pudding and pie maker. She lived to a ripe old age still providing shortbread and the hottest ginger biscuits you have ever eaten. Her Christmas pudding was always filled with silver charms and tickeys. 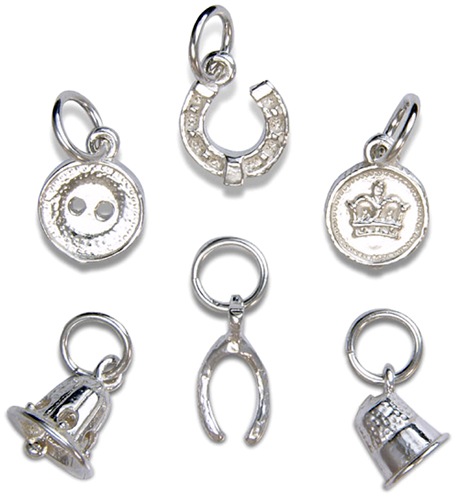 I thought I would give you a warning so that you can do your shopping and then stir up on Sunday. 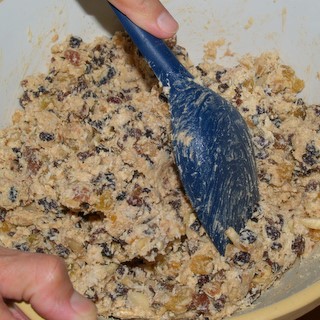 Method: In a large mixing bowl add to the figs, the pineapple, candied peel, raisins, currants, sultanas, glace cherries, ginger, almonds, walnuts, carrot, and orange and lemon zest, the Guinness and the whisky.

Take another bowl and in it beat the butter until soft.  Add the sugar slowly beating all the while until all the sugar is incorporated and the mixture is light and fluffy.  Double sift the flour, spices, salt and pepper into another bow.  Add the eggs one at a time to the butter mixture with a large spoon of the flour mixture in order to prevent it from curdling, beat well between each addition.  Stir this mixture into the fruit with the breadcrumbs.  Mix really well.  If you want to, now is the time to stir in some one rand coins.  My grandmother used to use silver charms which she always boiled first to sterilize them.  They came in shapes of horseshoes, reindeers, Father Christmas’s and bells.

Spread with soft butter two one litre pudding bowls.  Dust them well with flour, turn upside down and tap out the excess flour and using a scale divide the mixture evenly between them.  Cover with two layers of grease-proof paper and two layers of foil and tie back with string.  Aluminium foil was not in use when I was a boy and a muslin cloth was used.  It was boiled and ironed and put away till winter when it was used for hot steamed puddings, with plump raisins, oozing golden syrup. lemon curd or jam, known as spotty dogs in our house. 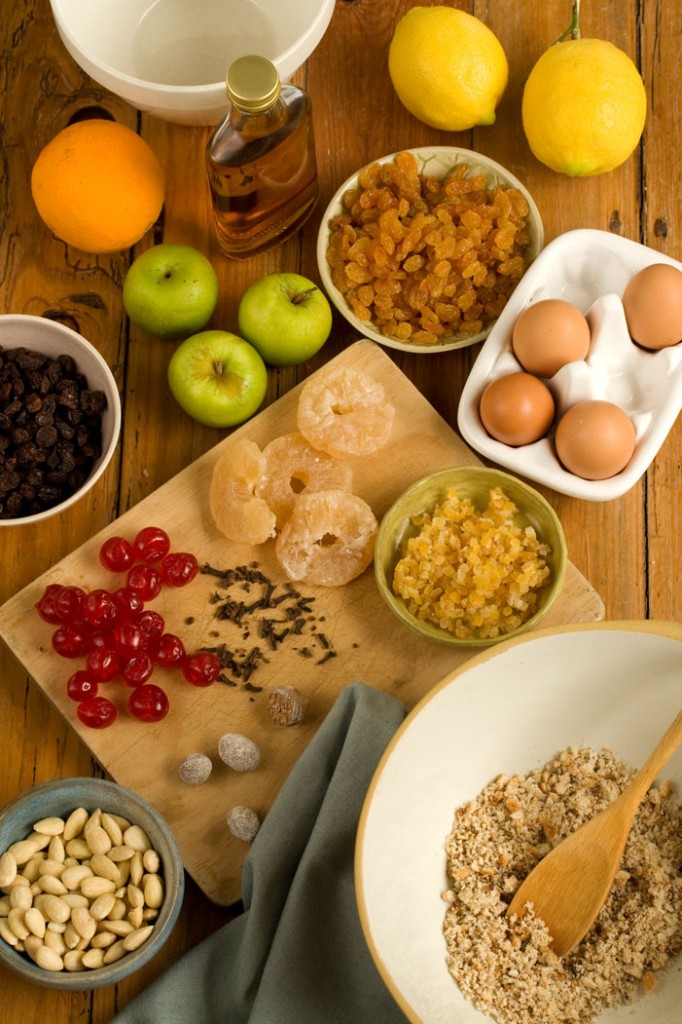 The ingredients – picture by Sam Linsell

Place the bowls into large saucepans onto a jam jar lid or trivet and slowly bring them to the boil.  Once boiling turn down the heat and simmer for 6 hours.  Please be sure the water does not boil away – have a kettle on the go to top it up.

Once cooked, the puddings can be stored in the fridge for a couple of weeks or frozen and kept till your Christmas in June Party!

When you are ready for them, bring them back to room temperature, overnight if possible and then repeat the boiling process for two hours.

Unmould them and bring them to the table and flame them with 125ml Cape brandy.

They serve 8 people each.