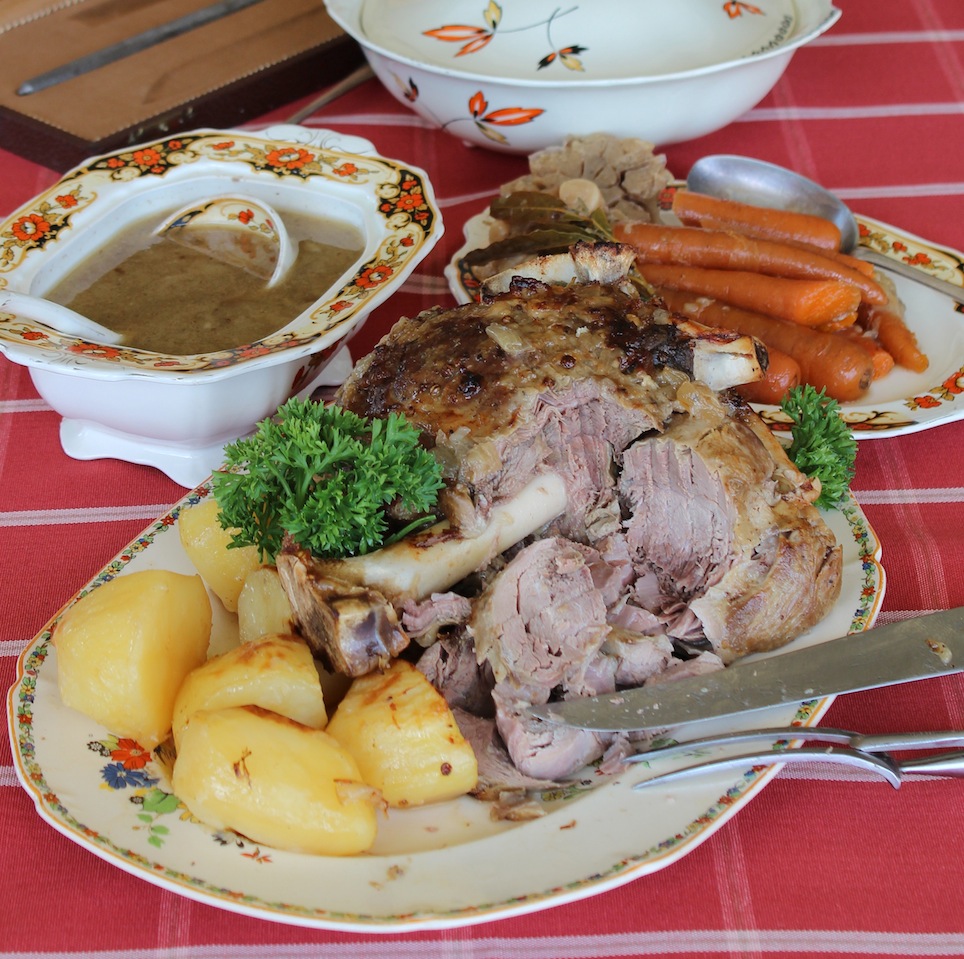 Dine van Zyl is a mine of information when it comes to Boerekos, she has written many books and hosted, I think, two wonderful television series.  She is a living national treasure, there are few who have her bank of knowledge.

She says, “Before the start of the 19th century, there were no ovens, apart from those in which bread was baked. Some kitchens, such as the one at Boschendal near Franschhoek, had ovens in their spacious kitchens, but they were the exception.

They is also a smokeroom at the back of the kitchen for smoking meat ‒ they ate well at Boschendal!

Because there were no ovens, food was hung from a hook over the fireplace. Even bobotie was cooked like this ‒ in a “bobotie pot”.

Big cuts of meat, such as a leg of mutton or lamb, were cooked in cast-iron pots and puddings were baked in a pot or in the outdoor oven. 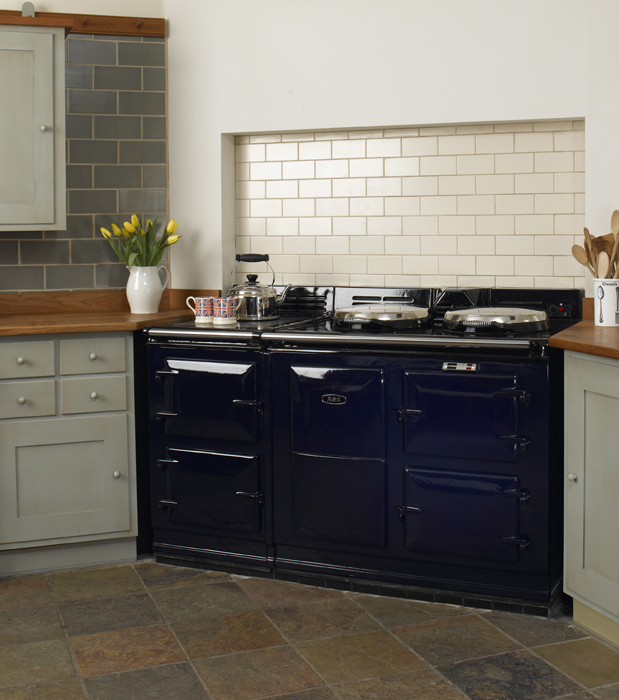 The Aga was designed early in the 20th century, in Sweden, and from there spread to Britain and South Africa. It was coated in enamel, which was easier to clean than the old coal stove.

It is fuelled by anthracite or gas, which makes it particularly suitable for places where wood is in short supply. Every morning and evening it is “shaken” when anthracite is added.

In winter, the Aga burns 24 hours a day, heating the entire kitchen and even part of the house. When electricity became available on farms, many people threw out their Agas, but others chose to have both in the kitchen. So hot an oven is perfect in winter, but in the Karoo no one wants to have to stoke an Aga all year round; then a modern electric or gas stove is more convenient.

Agas working on anthracite or gas are still available today. Apart from ensuring that everyone will join the cook in the warm kitchen, an Aga stove also cooks food slowly to succulent perfection. Offal is cooked overnight, or a bredie simmers slowly on the right-hand, slower plate ‒ not to mention the always-warm coffee pot!

The idea of using microwave energy to cook food was discovered by accident when a scientist found that his chocolate bar had melted in his shirt pocket. It became popular in the second half of the 20th century and, to a certain extent, promoted the decline of the slow method of cooking food.

Takeaway food could be reheated within a brr … and a ping!

Shoulder of Lamb with Pickled Lemons 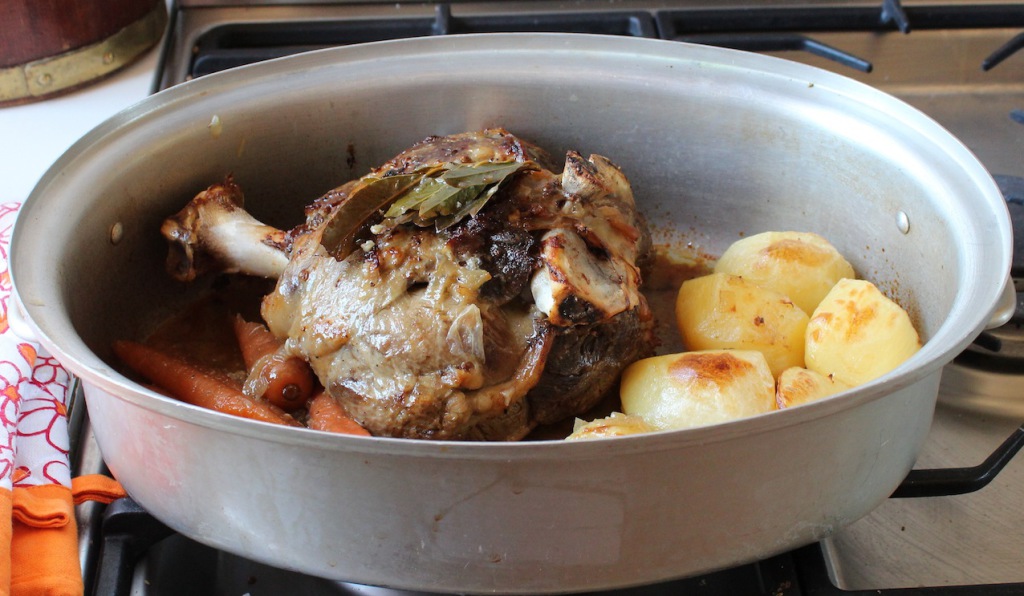 A shoulder of lamb has only one disadvantage: it is too small and really only enough for two to three people, therefore we rather use leg of lamb when there are more guests.

Helena Swart of Baarskeerdersbos cooks a shoulder of lamb that will make you miss your ma, your ouma and seven generations before that. 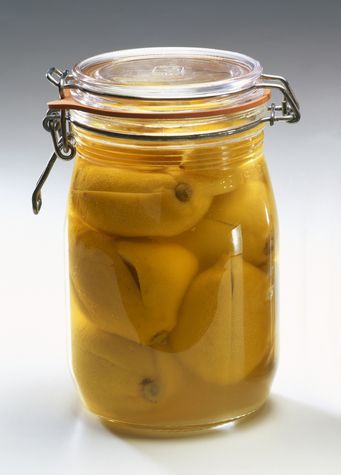 A jar of pickled lemons

First sprinkle coriander, salt and pepper liberally over the shoulder of lamb. Fry the shoulder in the cooking oil in a flat-based pot until golden brown.

Remove the shoulder from the pot and fry the carrots, onions and leeks until they start to colour. Add the potatoes.

Place the shoulder of lamb on the vegetables in the pot. Add the two halves of the garlic bulb.

Serve with pickled lemons, and receive the compliments with grace. 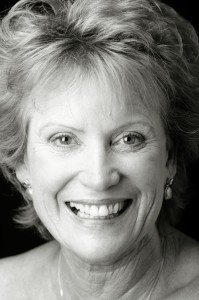 I have known Dine van Zyl for a number of years, her father was the legendary Pon van Zyl for years the revered winemaker at Robertson Winery. Dine, in my view is a National Living Treasure – a multi awarded exponent of her craft. She is a much-awarded multi-media person, publisher and writer, broadcaster and television personality – her programme “Boerekos met Dine van Zyl” is well worth watching.

She is a leading South African repository of knowledge of Boerekos. Her books, apart from two works of fiction, are all about Boerekos, from her first publication Potjiekos, an enchanting and informative little book, to her magnum opus Die Groot Boerekosboek, in two volumes and available in English.

Dine lives in Rooi Els with her husband Graham and their fur children.

Do visit her website. You can buy her books there, and sign up for her fabulous, highly personal weekly newsletter, which always starts my weekend off the right way – thinking of food.