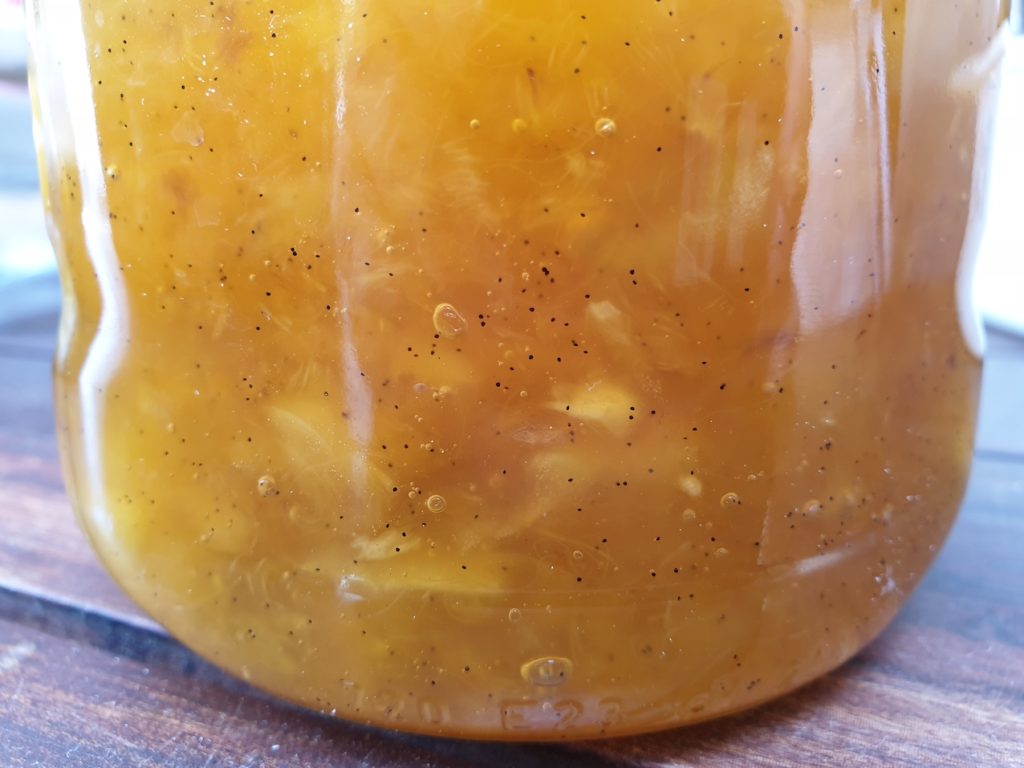 My Pineapple Jam with Vanilla
see the black vanilla seeds

With Lockdown, keeping up with marmalade for breakfast has been halted by there only being green lemons on our three lemon trees. A ripe pineapple added its alluring aromatic tropical aromas to our pantry cupboard. So how to? I looked at a number of recipes and was concerned that the jams would be more ‘spoon’ jams than a properly set one. I went my own route and it worked very well. Instead of the Vanilla Pod, you could use Star Anise or a stick of Cinnamon. Or even a shot of good dark rum at the end, thank you Captain Morgan.

What you’ll do
One large pineapple, grated, should give you about 500g. Peel the apple and keep the core and pips, Grate the flesh. Cut the lemon in half and add the pips to the apple pips. Tie them in a muslin bag.

Put the muslin bag, the pineapple and the apple into a medium saucepan, and all the water. Bring to the boil and simmer gently for about half an hour to tenderise the fruit. Add the sugar, the juice of the lemon and the vanilla pod cut into four. Bring to the boil and simmer over gentle heat until the temperature reaches 103C. You can turn up the heat at the end and just watch it to prevent burning, stir all the while. Once the jam reaches temperature, pour it into the jar, and close the lid.  It will last for three weeks in the fridge. [Not in this house it won’t….]

Serve on the fresh white bread below, hot buttered toast, scones or spread thinly over pancakes. 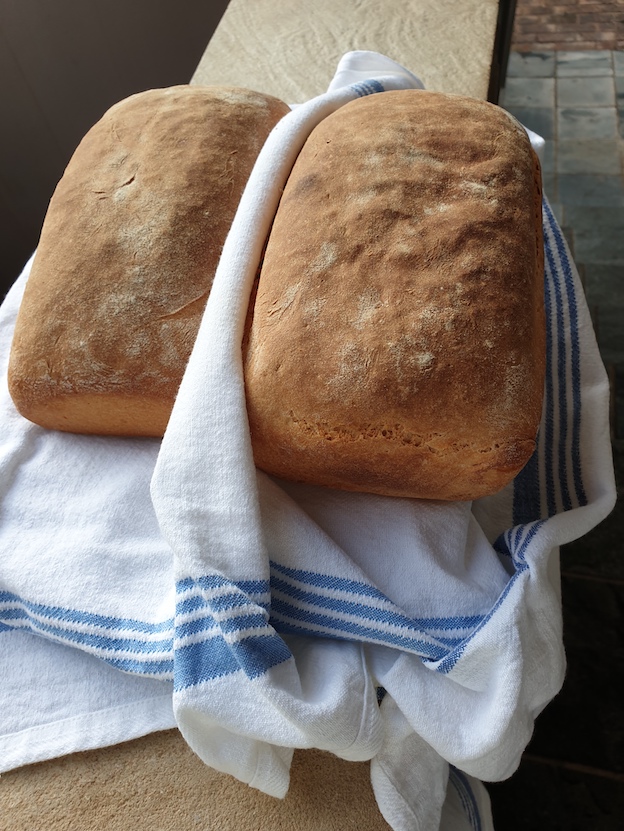 Now as far as bread goes. I baked two loaves from a recipe by Ilse van der Merwe, The Food Fox. Made with half water, half milk, the crust is soft and the crumb is fine. So, so easy to make, the good electric mixer with the K beater, rather than the dough hook takes all the kneading action this break needs. The K beater better stretches the dough better. 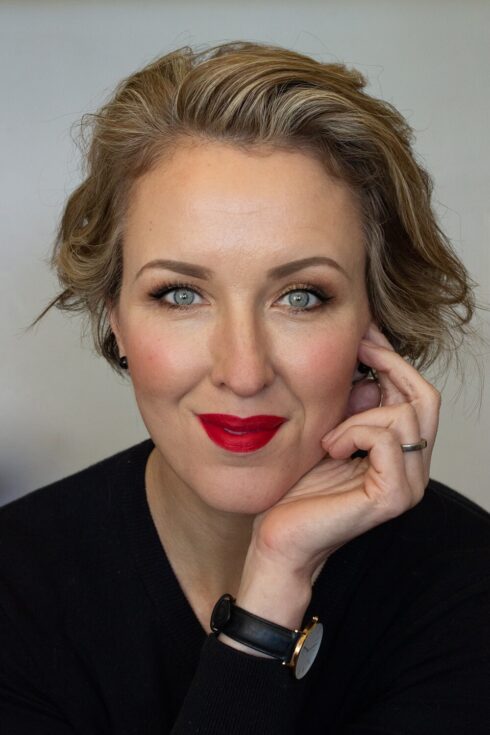 Ilse van der Merwe, The Food Fox, a self portrait