Milner – Last of the Empire-Builders. A review by Geoff Olivier of Richard Steyn’s new publication… 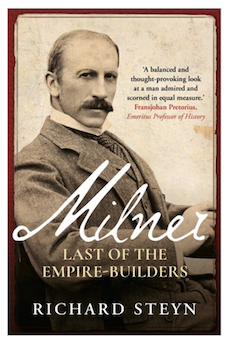 Milner. Last of the Empire-Builders

‘Alfred Milner was one of Britain’s most celebrated – or notorious empire-builders, who left an indelible imprint on the history of South Africa’. This is certainly true whether you are a Boer or a Brit. He was both a revered and reviled statesman. Perhaps one could say he was enigmatic as he certainly was an empire builder, but also one of the early promoters, along with General Jan Smuts, of the idea of a commonwealth of nations.

Perhaps his most disliked policy and belief, was his idea, contrary to that of the Colonial Secretary, Joseph Chamberlain, that the South African Republic, the Transvaal, should be prodded into action which could lead to the British needing to ‘occupy’ the territory. Milner also refused to see the point of view of Kruger and his government, and constantly believed or chose to believe that the ‘Uitlanders’, mainly British, wanted to be a part of the British Empire and not under the control of President Paul Kruger and his Boer government. He also wanted Britain, or maybe, England, to have control over the gold and the mines and that whole industry, both for the revenue and to keep it our of the hands of any other foreign power, especially Germany, his land of birth. Milner was quite ready then to use force, even against the advice of the Attorney-General of the South African Republic, Jan Smuts, a Cambridge graduate with immense intellect and political insight. Smuts of course advocated reform in the Kruger government, to remove anything that would enable Milner to create the climate for a war. Milner ignored that

As Governor of the Cape Colony, Milner also made it clear that he had little sympathy for the Afrikaners. Schreiner and Merriman of the Cape Government tried their level best to calm their electorate, the Afrikaners of the colony. Milner though, was unable to reconcile the idea of ‘divided loyalty’, as the Afrikaners were loyal colonists and regarded themselves as subjects of Queen Victoria. This was something that President Paul Kruger could not reconcile with. 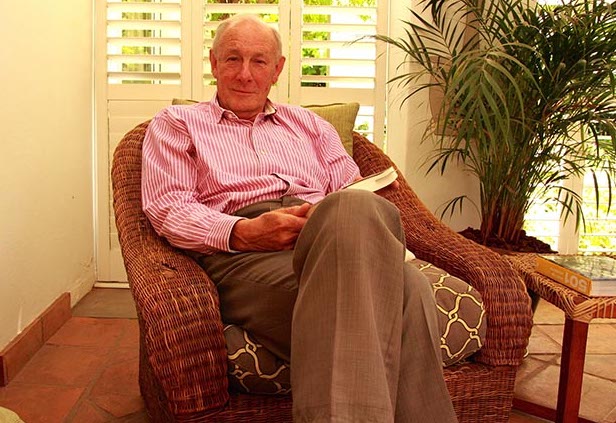 The meeting between Kruger and Milner in Bloemfontein was never going to work, as Milner saw Kruger as unsophisticated, and unable to change his mind, and he was never going to accept any concessions that Kruger might make, as he, Milner, had decided that war was the only option to gain control of the two Boer republics. Milner therefore made it impossible for Kruger to even propose potential concessions, thus leaving the Bloemfontein meeting a failure and Kruger in a place where he was left no option, in his mind, but to go to war.

Milner misjudged virtually the whole scenario, as well as the capabilities of the Boer nation, as he was convinced that it would be a relatively quick outcome in the favour of the British.  As we know, the war was a disaster for the British and their dominating English statesmen and military hierarchy. The hoped for short South African War went on to last into its fourth year, costing the British government dearly in terms of money and war equipment as well as many lives and a wake-up call to modernize their entire military structure and preparedness. It also marked the beginning of the end of the British Empire and the idea from both Milner himself and Smuts, to create a new concept of commonwealth.

What made the Boers or Afrikaners in general even more resentful of Milner, was the introduction of his Kindergarten of Oxford and Cambridge young graduates after the South African War, to reconstruct the colonies after the disastrous and massively damaging war toward a more ‘English’ society. The principle anger of course having come from the disastrous ‘Concentration Camp’ system put in place by Field Marshall Lord Roberts, and administered so badly and without care by General Kitchener, a much hated, by the Boers and Afrikaners in general, Englishman along with Milner of course. This led to massive deaths amongst the Boer women and children as well as an equal number of Black women and children. 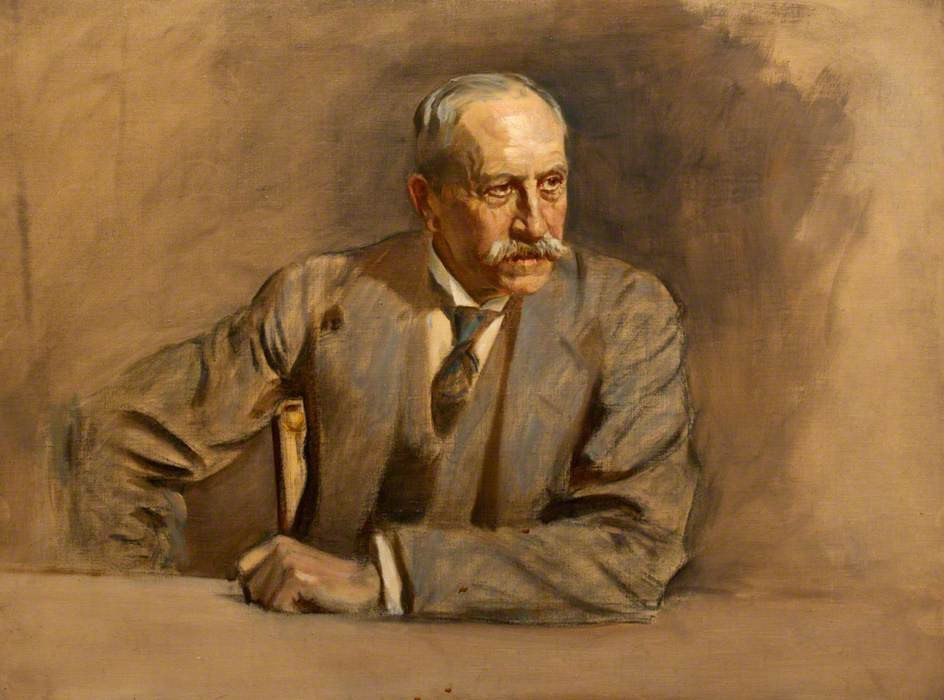 Milner never held a position in government as a result of being elected to parliament as he generally disliked both politics and politicians. However, being a most active, astute, and incredibly hard working and determined civil servant, he held positions of major seniority in the British government over the years. Perhaps the most important being his position in the War Cabinet as War Secretary, where he was instrumental, under Prime Minister, David Lloyd-George, of engineering the idea of the combined allied approach on the World War One Western Front in 1917 with Field Marshall Foch, as supreme Commander of the allied forces in order to co-ordinate a single approach and thereby lead to the ultimate victory of the allies over Imperial Germany.

More important, perhaps, was the fact that he was not a major negotiator at the Peace of Versailles negotiations, but he made it very clear that he disagreed with the harshness of the eventual treaty. He had many a meeting with Clemenceau and the two became very close friends after this war. 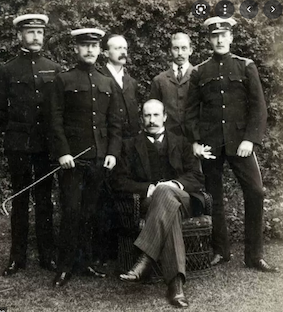 Lord Milner and his Staff in Cape Town

Milner’s two greatest quests then were, to create a new kind of society by ending the idea of a British Empire and replacing it with a different body supported by all the colonies and dominions under British control, and also to completely re-engineer the tax system in Britain where he was partially successful even until today. However, he was revered for his amazing service to the British Empire and that he was one of the most loyal and hardest working of all British civil servants. What was not liked of him, however, was his almost inability to believe that he was ever wrong on any issue or subject to do with the British Empire. He made a monumental mistake in South Africa, for which he is still disliked not only in South Africa, but was most certainly the right man to be War Secretary in World War One and is revered for bringing that war to an end.

This publication by historian Richard Steyn, is a full accounting of Milner’s amazing service to his queen, king, and country, his beliefs, attitude, perhaps arrogance, and intransigence, yet as a person and a friend, well liked. Thus, he is a very misunderstood man, seen as enigmatic by many mostly because of his belief in Empire and yet a belief as well in creating a new commonwealth of nations. His racial bias thus was also set aside when he considered all the colonies of the world working together for the common good as the best new creation for all. 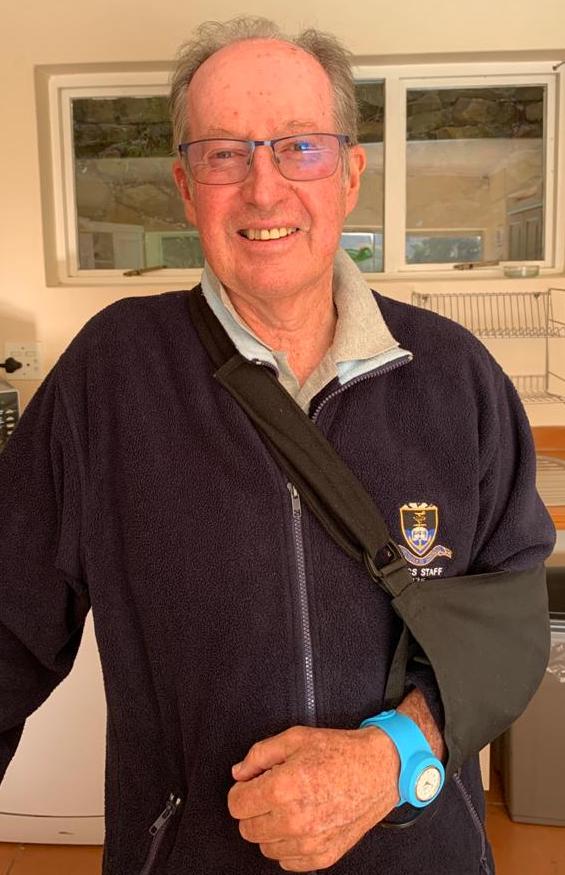