Loves & Miracles of Pistola by Hilary Prendini Toffoli, a review by Myrna Robins… 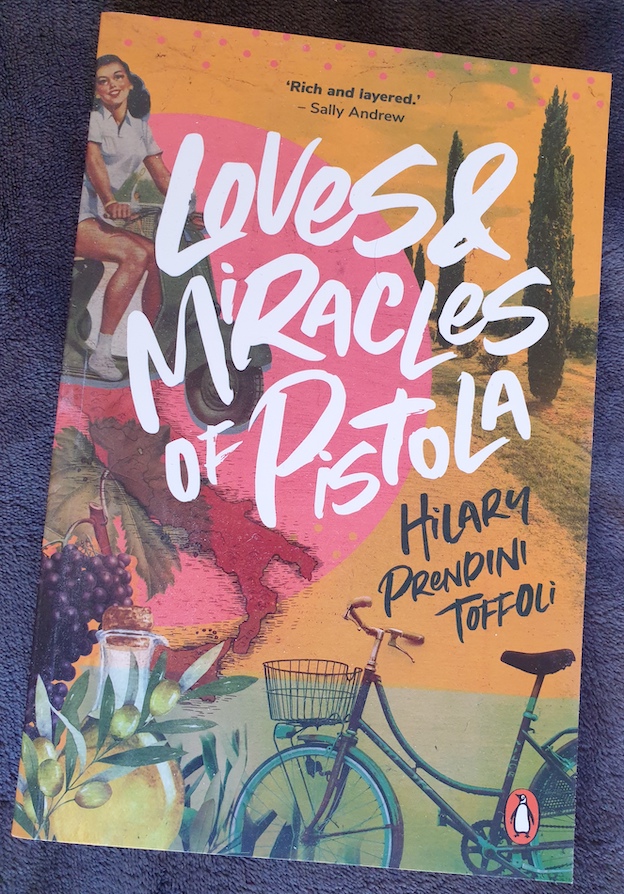 We are so lucky to have the doyenne of  food and wine writing, judging and writer of the finest book reviews, Myrna Robins, writing her insightful and articulate reviews for our website. Here is a recent review on this well written book by writer, Hilary Prendini Toffoli.

Carefully crafted, beautifully crafted. The colourful front cover with its light-hearted images reflects only part of the far-reaching range of the contents: While there is much that is romantic and humorous, this novel is also hugely informative, offering a fascinating pen portrait of  life in a small village in northern Italy in the 1950’s  and, moving south to South Africa, a slice of life in this country when the apartheid laws were at their most draconian . The latter highlights a story probably largely forgotten, except by the Italians themselves: more than 100 young men were recruited by the South African government to come and work as stewards on our trains.  Many stayed on and settled here, opening restaurants and introducing locals to the gastronomic delights of Italian cuisine.

Pistola is one of them, a teenager with ambitions to leave his native village and prosper in a big city. The fact that his true love, his second cousin Teresa, is destined to marry the village thug is enough reason for him to apply to escape his sorrow. And so Pistola and his compatriots start adjusting to life in Johannesburg , to learning English and Afrikaans, as they start working on long-distance trains that played a vital role in  transporting South Africans all over this vast country. But it’s not all work: they are invited to parties in Hillbrow where they live and meet black locals who share stories of the government’s destruction of homes in Sophiatown. Pistola finds this horrifying and confusing, and is as taken aback by the wealthy Sicilian who later treats him and his friends to a slap-up lunch in his luxurious house but who seems happy with the political landscape in his adopted land. 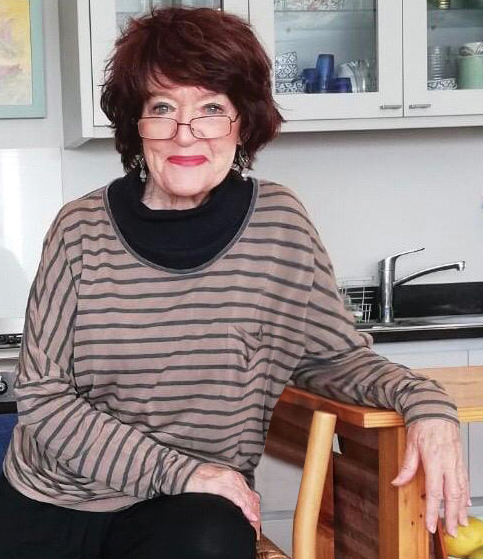 In Cape Town he meets up with Malikah, a Muslim political activist who he had first encountered on the ship coming south. The have to meet clandestinely at first and he learns about the history of her forefathers, as she takes him to a kramat and feeds him on delicious homemade samoosas at her home in the city’s colourful Malay Quarter. Pistola’s return to his home village in Italy was not how he planned it, but not only did he find Teresa again, but circumstances conspired to enable them to marry – as the call of Africa became insistent and their future saw them heading south to a new life and gastronomic enterprise.

There is so much to this multi-layered work of fiction that comprises of so many landscapes and settings. Knowing Hilary and her fine reputation for accuracy and honesty, we are assured that the history is accurate and I suspect that this title has been a long time in the making. Her text is so very readable, that we absorb a wealth of history without realising it. A delicious debut.