Great privilege being invited by the owners of the Estate to dine at La Motte’s Pierneef à La Motte Restaurant for a Vintage Wine and Venison Evening recently.  Lucullus and Bacchus dining together. 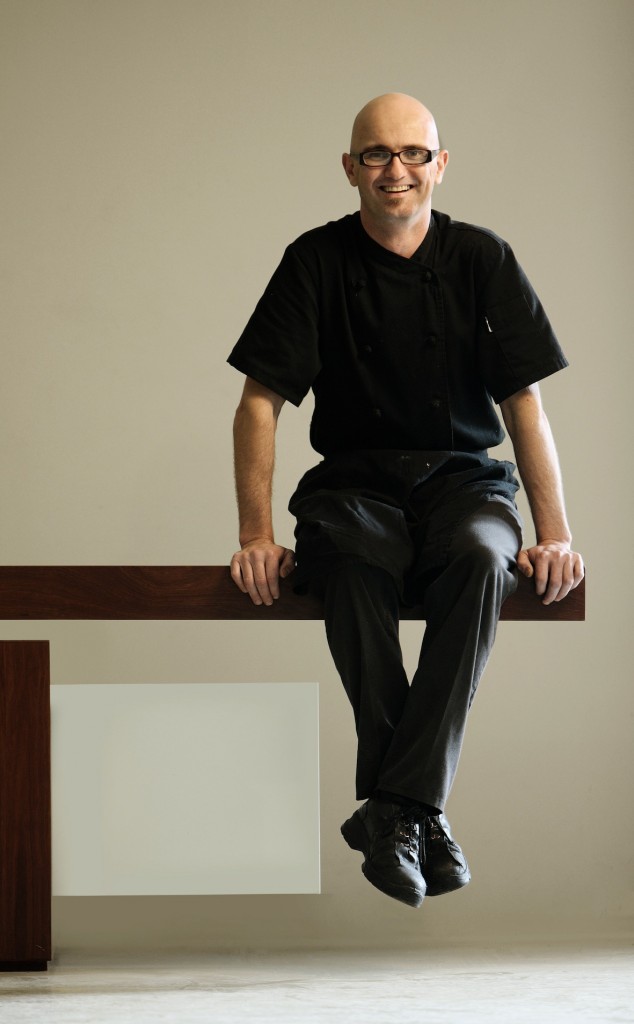 There was a great mix of people and a blend of some sublime dishes from Executive Chef Chris Erasmus and some stunning older vintage La Motte wines which Edmund Terblanche, Winemaker at La Motte, paired with the dishes.  Cleverly each dish was paired with a current wine and a vintage wine. 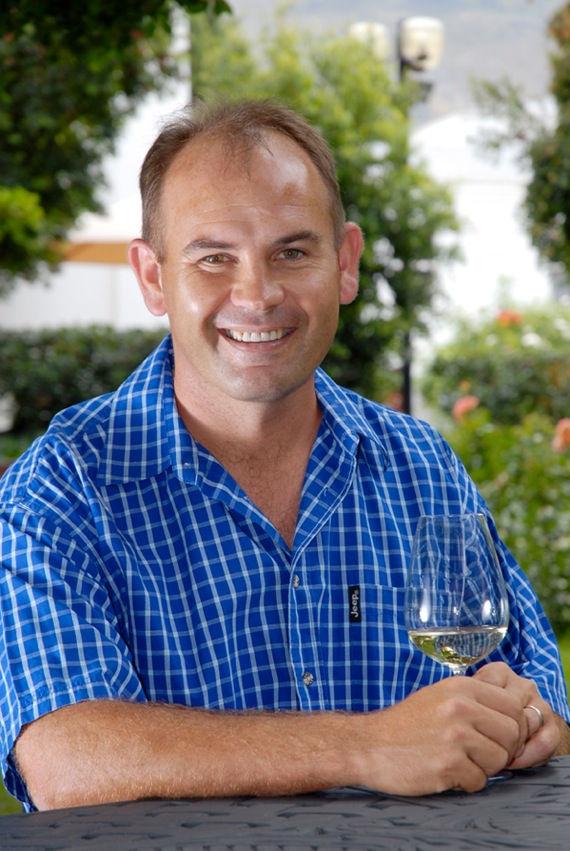 My wine favourite for the evening was a 1997 La Motte Limited Release Merlot, served with a braised kudu shin consommé and the food favourite was Chris’s Pumpkin Tart with quince, nuts and spices which was served with the La Motte Straw Wine.  With it was served an amber dark 1989 La Motte Noble Late Harvest with an exceptional fruit and mineral flavour, one of our dinner guests, who has a musician husband and was herself involved in the music industry, said to her it smelt like guitar strings.  Liked that. 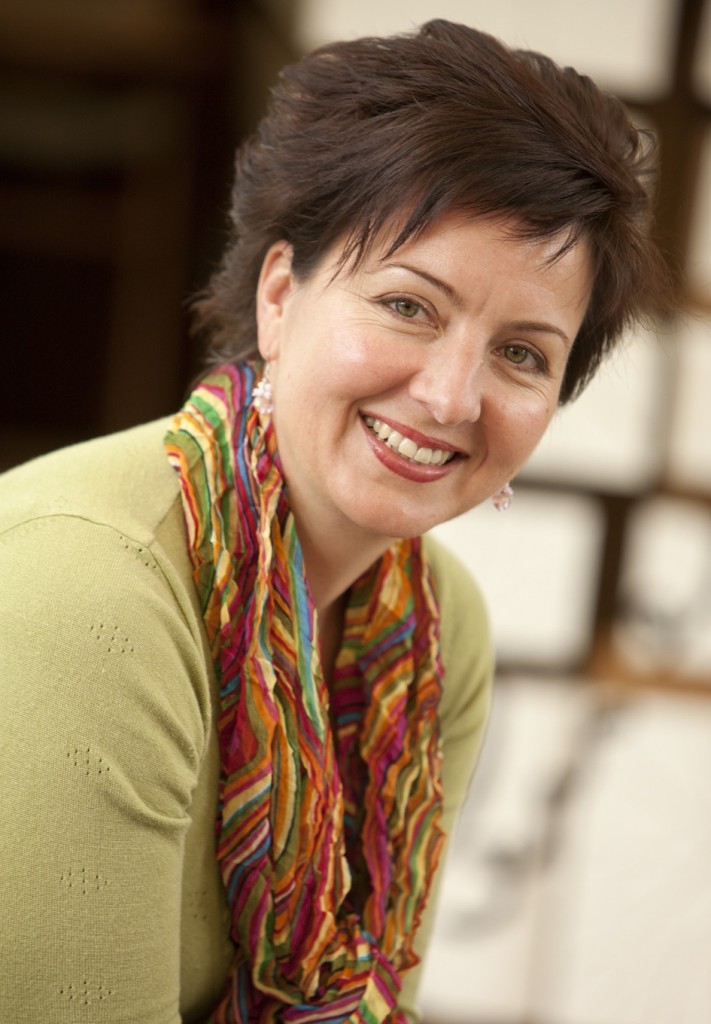 It was very special to sit with Hetta van Deventer Terblanche, in no particular order, mother of two boys, wife of Edmund, Food consultant to La Motte and Leopard’s Leap Winery, Author of Cape Winelands Cuisine, Star Judge of the KykNet programme Kokkedoor and food historian of note.  Hetta is the person behind the tremendous amount of research and the quest for authenticity that has gone into the food at Pierneef à La Motte finding the origins and placing the dishes and their ingredients in a particular time and place in our country’s history.  Fascinating to hear about Cameline Spices which seasoned the consommé.  Cameline is a classical medieval sauce made with ginger, cinnamon, cloves, saffron and other ingredients.  The oxalis leaves which garnished the Impala curry and the chickweed prettying up the Berry grilled Wildebees Loin, were picked in the garden at the restaurant. 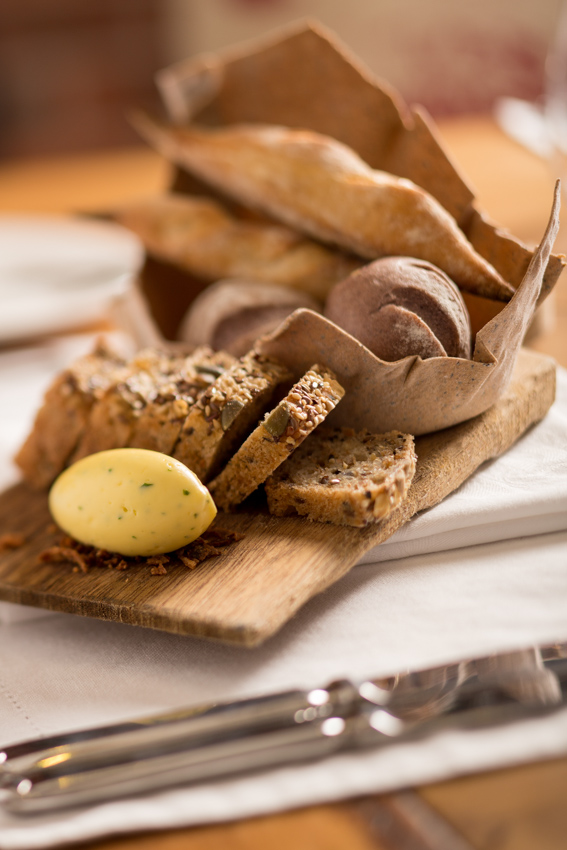 A fabulous breadbasket
even the basket was edible 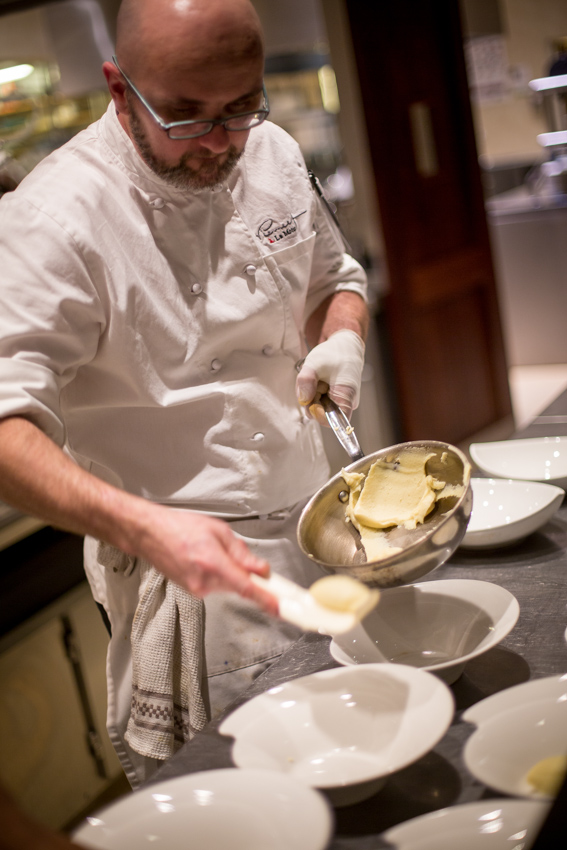 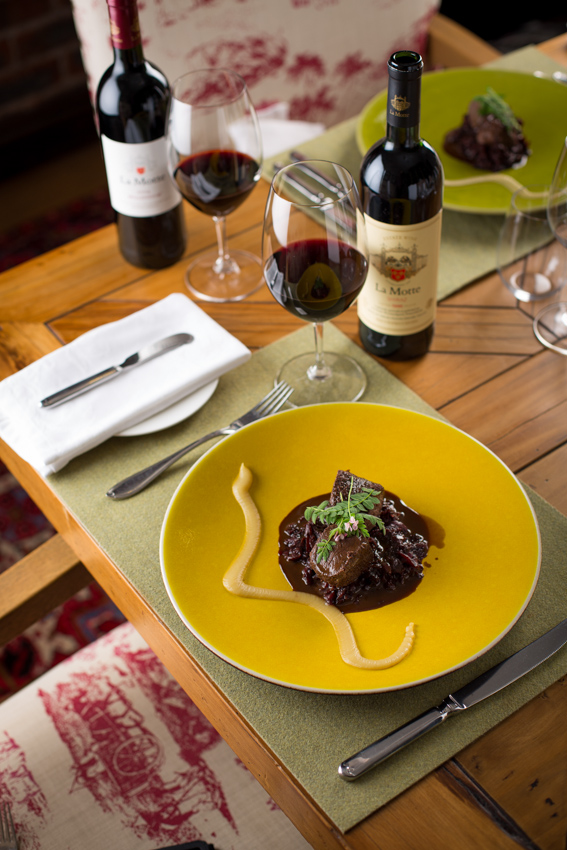 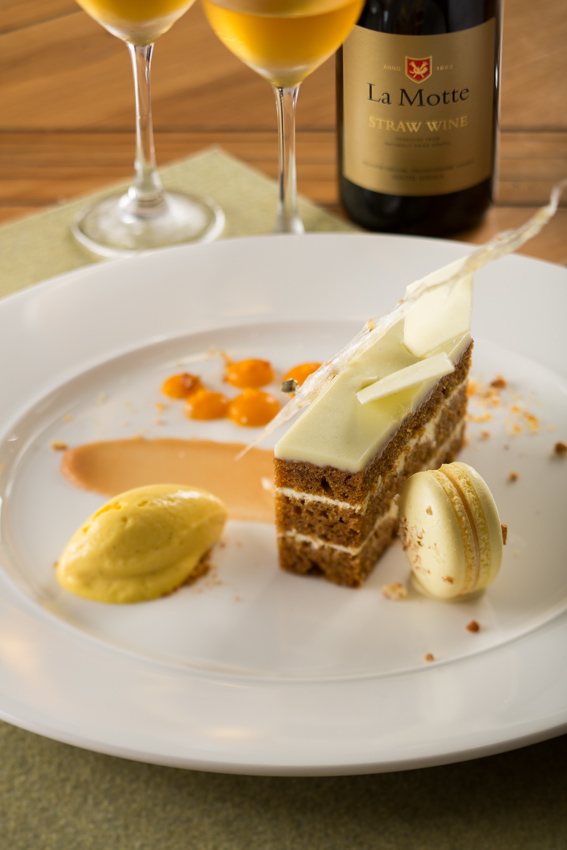 The photographs were taken on the Chef’s Table, right by the kitchen, by a professional photographer on the evening as the dishes came from the passe.

Read more about La Motte and its offerings – it’s a destination on its own in the Winelands. Click here.