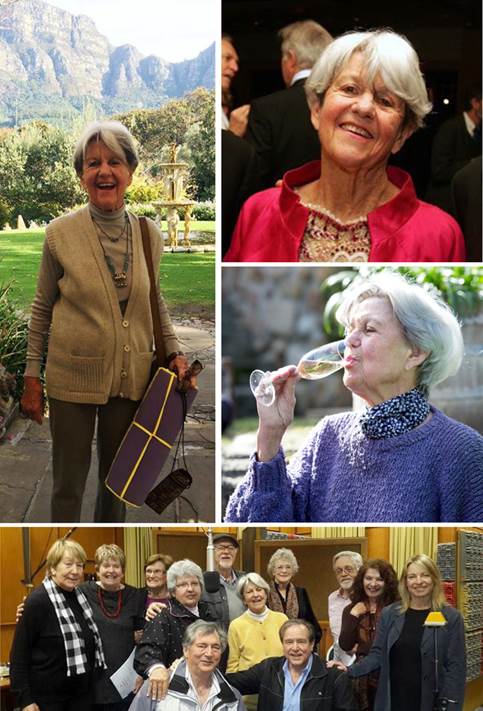 It is with extremely heavy hearts that we bid farewell to our much-loved and esteemed matriarch, Kitty Petousis. At the age of 92, Kitty passed away peacefully, surrounded by her family.

Kitty was a doyenne of the South African hotel industry and earned the reputation of being a passionate and savvy business women in the 60 years she spent as a hotelier.  In recent years, she had become a familiar face in and around the grounds of her beloved Vineyard Hotel, where she lived and worked until the week before she died. 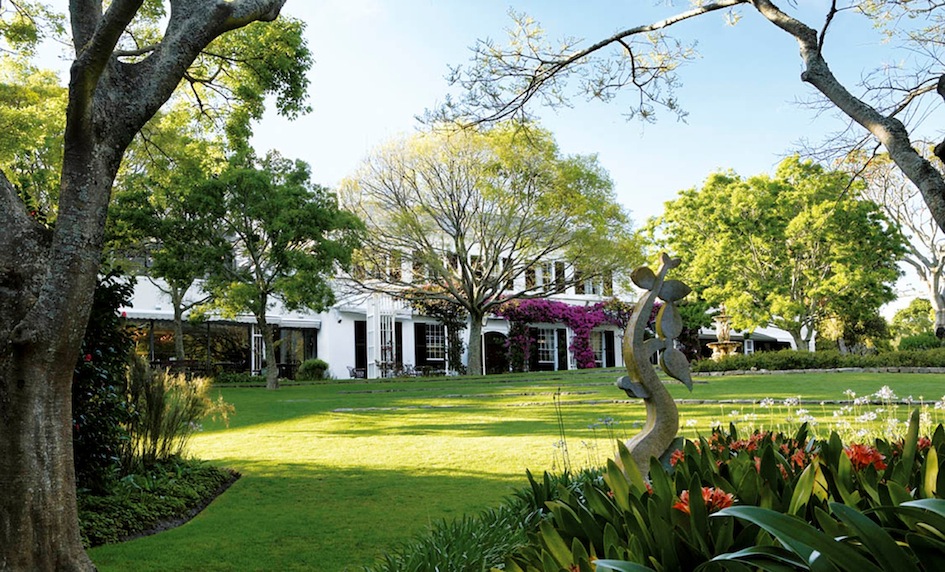 The Vineyard Hotel from the gardens

Kitty led a full and eventful life, having found early fame as one of the original Afrikaans actresses of the 1950s. Born Kitty Albertyn in 1923, she completed a degree in dietetics in the forties and along with her lifelong friend Babsie Bambus, travelled to Europe to help with rebuilding efforts following World War II.  She fell into acting after seeing a BBC advert for an Afrikaans voice and she broadcast from London to South Africa for some years.  She subsequently followed her passion for acting and appeared on the Afrikaans Radio Service as Tant Heibie in Die Du Plooys van Soetmelksvlei, a radio play based on a book by Jan Schutte.  Kitty combined her hotel work with a TV career until well into her eighties and was recognised at the 50th anniversary of Afrikaans radio in late 2015 as the oldest known broadcaster in South Africa. 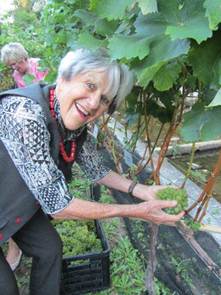 Kitty harvesting grapes from The Vineyard’s own Vineyard

She married Francois Petousis in 1956 and they had three sons and a daughter together, all of whom remain deeply involved in the family hotel business. Kitty and Francois first purchased the Trocadera Hotel in 1969 which made way for the Dorpshuis in 1973 and later they developed the 12 storey Townhouse Hotel and made such a success of it that they were subsequently able to purchase the Vineyard Hotel in 1980 and Oude Werf in Stellenbosch in 2007.  The properties enjoy a unique position in the hospitality market in no small part to the passion, personality and enthusiasm that Kitty brought to each of them. Her lifelong love, passion and talent for art is displayed throughout the three properties, with almost every room within its walls holding a unique applique or printed artwork that she created.

Kitty touched many lives over many years.  Her wit and youthful outlook on life was evident to all who knew her and she will be sorely missed.

Information from The Phoenix Partnership