Hummus to Halva by Ronen Givon and Christian Mouysset, a review by Myrna Robins… 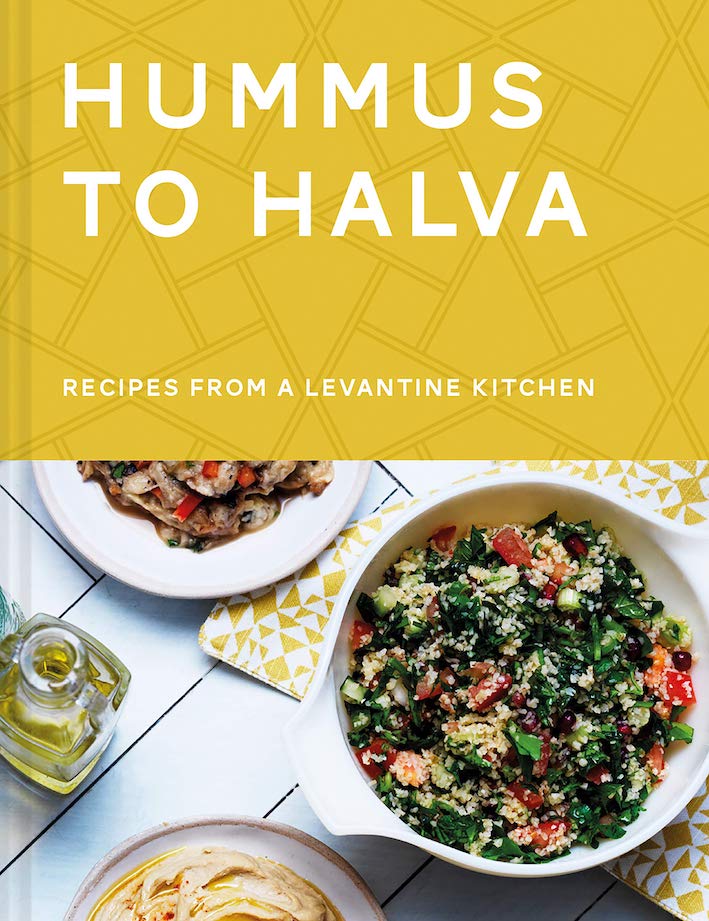 We are so fortunate to have a brilliant book reviewer as Myrna Robins. She is the doyenne of foo and wine writing in the country. Author of several cook books, competition judge and wine communicator, Myrna has been a much admired and loved friend for a long time.

Myrna Robins, at a book signing

This compact hardback, subtitled Recipes from a Levantine Kitchen, is both quirky and appealing. Its subject matter is on trend, as items like hummus and many of Eastern Mediterranean classics are both healthy  and many suitable for vegetarians and vegans and these are diets much in vogue at present.

The Levantine kitchen encompasses the cuisines of Cyprus, Lebanon, Syria, the Palestinian territories, Jordan, Israel, parts of southern Turkey and the Aleppo Vilayet. Distinctive characteristics of these diets are mezze dishes – among the most prominent being hummus, tabouleh, falafel and baba ghanoush, although the influence of countries from all over the globe can be found in their food.

The two writers and restaurateurs – Ronen having grown up on an Israeli kibbutz and Christian being a half -French, half -English gastronome  – share a love of hummus: its ingredients, its benefits and recipes fill the first 50 pages of the book. I had no idea just how healthy and nutrition-worthy this spread was until I read the list of nutrients contained in chickpeas, tahini plus the optional additions of garlic, lemon juice and olive oil.

The authors’ basic recipe for hummus involves using dried, rather than canned chickpeas and soaking them for 12 hours before cooking with a little bicarbonate of soda.  They restrict use of oil to tahini, ground roasted sesame seeds ground into a paste. So – neither olive oil  nor garlic are included but  lemon juice and salt  are added to the pureed chickpeas and tahini.

The hummus is paired with a wide range of  ingredients in subsequent recipes, including mushrooms, chicken, beef, lamb; – among the exotic dishes are Moroccan meatballs, rogan josh, chilli con carne, chicken tikka masala, all of which they admit will cause raised eyebrows among purists.

The next chapter focuses on falafel and wraps,  headed by a page announcing “Fingers were made before forks.” Chickpeas dominate here too, with recipes for falafel with variations. Soups are mostly hearty, using lentils and beans along with canned chickpeas, Salads offer suggestions such roasted aubergine, refreshing tabouleh, classic Greek, and crunchy fatoush. Salsas and sauces share a section with recipes for pita and flatbread. Finales of desserts offer malabi, a milk pud similar to pannacotta, a halva parfait which sounds delectable, a pannacotta lent fragrance with rosewater and orange blossom rice pud.

A small selection of drinks, mostly non-alcoholic and few quick snacks complete the text. The recipe index is accompanied by another, listing the recipes according to whether gluten-, lactose- and nut-free. Appetising photographs by Karen Thomas enhance  the contents greatly.

Hummus to Halva by Ronen Givon and Christian Mouysset. Published by Pavilion, London, 2020.