Four collections, each a statement in connoisseurship, lead Strauss & Co’s May Sale… A perfect offering on Strauss & Co’s May sale

The catalogue for Strauss & Co’s forthcoming three-day live sale of fine wine and modern, post-war and contemporary art bears testimony to the role of passion, research, discernment and time in collecting. The sale commences on Sunday, 16 May with a session devoted to a single-owner collection of fine wines from Bordeaux, Burgundy, Alsace and Champagne. Over the following two days Strauss & Co will be offering paintings acquired by the late entrepreneur Toy Mostert, three sculptures from the Afrox Corporate Art Collection and two pieces formerly owned by art historian Esmé Berman. 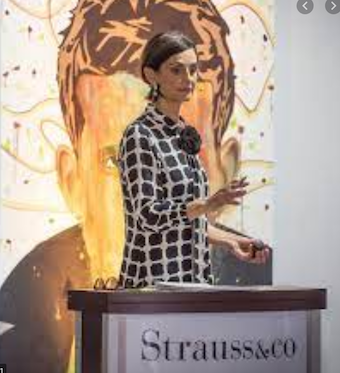 “The remarkable wine collection has its origins in the owner’s early adulthood, when he began collecting wine,” says Bina Genovese, Strauss & Co’s joint managing director. “After initially focussing on Burgundy and Bordeaux wines, and following on leads from personal research and the recommendations of experts, he later expanded his collection. Collecting wine was a serious pursuit, but he frequently shared his passion by the glass with family and knowledgeable guests. This mix of connoisseurship and geniality is a hallmark of the devoted collector, and explains why it is always such a pleasure for Strauss & Co to handle these ambitious collections.” 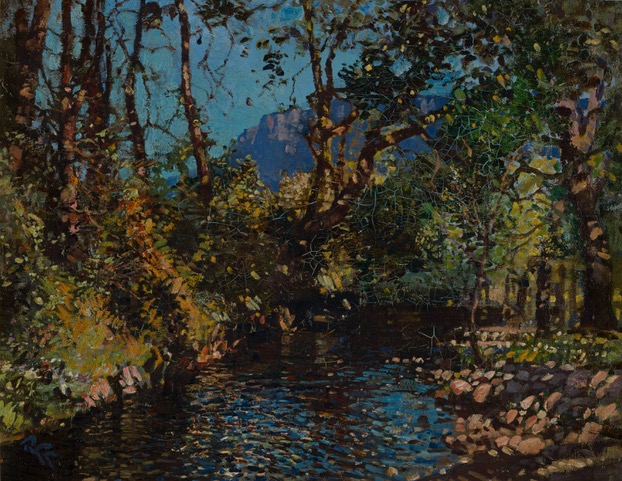 Over the last two decades Strauss & Co has gained a strong reputation for handling important single-owner collections of important South African art. The 17 pieces in the Late Toy Mostert Collection reflect the tastes of this popular sports journalist and promoter turned empowerment entrepreneur. Mostert helped to build the careers of star footballers Jomo Sono and Kaizer Motaung, and champion heavyweight boxer Gerrie Coetzee. In 1975, Mostert, together with Sono and another partner, opened the first KFC outlet in Soweto; they built the business up and six years later they had 46 branches. 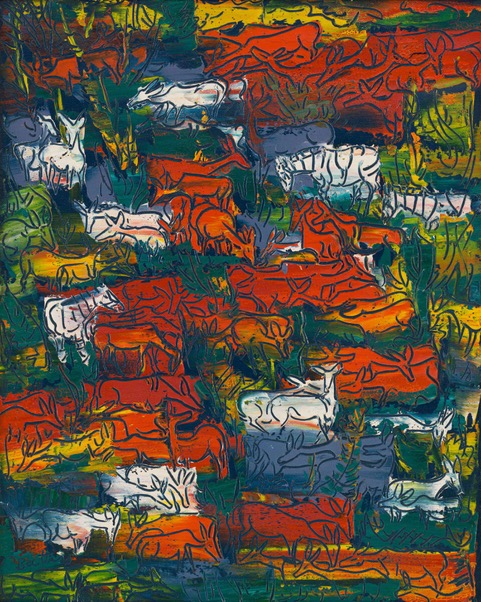 All of the artists in the Mostert Collection are discussed in Esmé Berman landmark book Art & Artists of South Africa (1970). A tireless champion of South African art, especially painting, Berman was also an avid collector. Strauss & Co is proud to offer Living Bush by Walter Battiss (estimate R400 000 – 600 000), a colour-rich sgraffito composition featuring hoofed animals, and Edoardo Villa’s diminutive bronze Reclining Figure (estimate R70 000 – 90 000), a masterclass in figural simplification. A large portion of Berman’s collection was liquidated in 1991, when she and her husband settled in the United States. Berman retained only a few meaningful pieces; both lots on offer remained in the Berman family following her death in 2017.

“Afrox was very involved in the arts in the 1980s, sponsoring many important sculpture exhibitions and launching many prominent South African sculptors’ careers such as Johan van Heerden, Ian Redelinghuys, Neels Coetzee and Edoardo Villa,” says Wilhelm van Rensburg, head curator and senior art specialist at Strauss & Co, of the sculpture lots from the gas and welding products company founded in 1927. “In the process of moving to new premises in Sandton from the old headquarters in Selby, in central Johannesburg, the company has decided to decommission some of their art works and sculptures.” 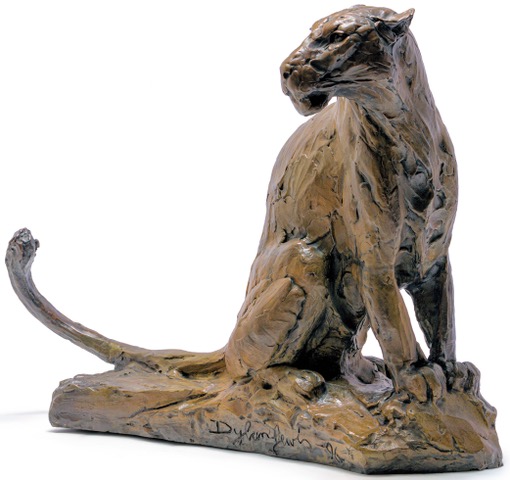 The sculpture lots from the Afrox Corporate Art Collection include two early cat bronzes from 1996 by celebrated sculptor Dylan Lewis: Seated Leopard and Standing Leopard (estimate R500 000 – 700 000 each). Another cast of Standing Leopard was sold at the artist’s triumphant 2011 exhibition Predators and Prey II in London. Edoardo Villa’s Man and Wife, two interlocking bronze forms in green-brown and copper-coloured patina, relies on suggestion to communicate an intimate and life-affirming message.

Strauss & Co’s second marquee virtual live sale of 2021 will commence on Sunday, 16 May with a fine wine session, and concludes on Tuesday, 18 May with a session featuring high-value modern, post-war and contemporary art lots. The sale will be livestreamed from Johannesburg to bidders across the world, with the option of in-person bidding at Strauss & Co’s offices in Houghton. Covid-19 safety protocols apply throughout.

About Strauss & Co:
Strauss & Co is Africa’s leading auction house and the global leader for South African art. It was founded in 2009 by a consortium of business leaders and industry experts, including the late auctioneer Stephan Welz, Elisabeth Bradley, Dr Conrad Strauss, Vanessa Phillips, Ann Palmer and Bina Genovese. Frank Kilbourn, a respected entrepreneur, philanthropist and art collector, was appointed Executive Chairperson in 2016. Strauss & Co has the highest market share amongst the four leading auction houses specialising in South African art globally. In 2017 the company’s turnover totalled R329 million – a sum unrivalled by any auction house dealing in South African art in a single year. Strauss & Co annually holds five live auctions, three in Cape Town and two in Johannesburg, and up to ten online-only auctions. Strauss & Co was awarded the prestigious Chairman’s Premier Award at the 2018 annual BASA Awards for its sustained and extraordinary commitment to the arts in South Africa.
www.strausssart.co.za