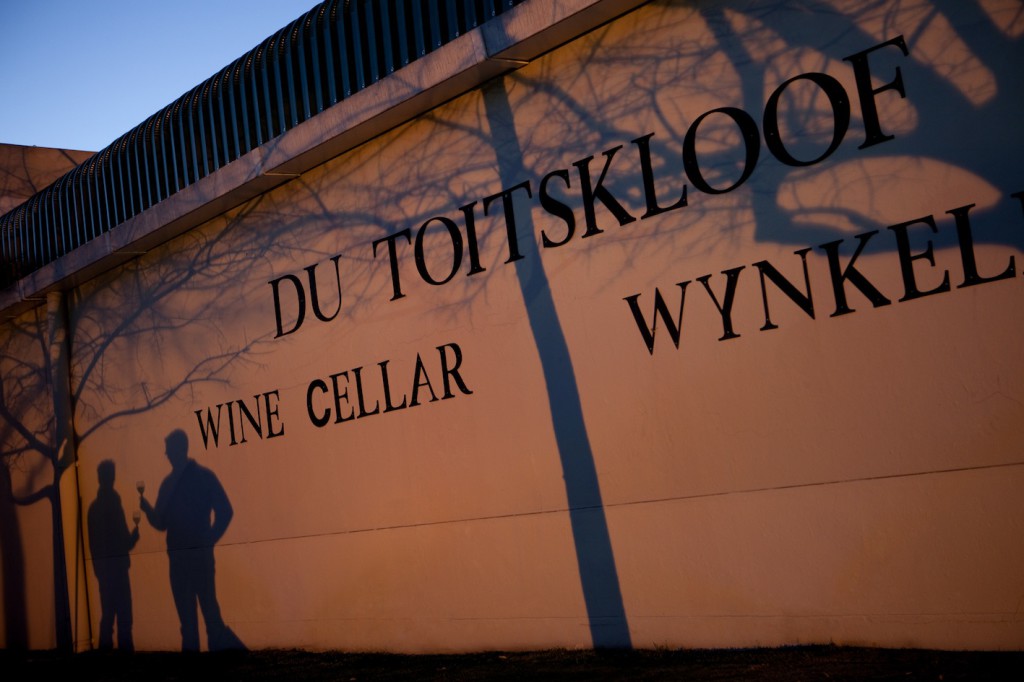 “Italians.” Dolf Hershowitz expressed the word with a snort, the kind of noise he makes when he has a piece of bosbok-biltong stuck in the back of his throat. “Italians, all style, but little substance.”

Colonel Zaccharias Snodgrass looked up from his crossword puzzle. “Damn right. Only thing shorter than the Book of Italian War Heroes is the Ship Captain’s Guide to Handling Sea Disasters written by the skipper of the Costa Concordia.”

Dolf slid a cloth over the yellow-wood bar counter. We were sitting in the Coop, our local drinking space in the Southern Cape hamlet of Vermaaklikheid on the banks of the Duiwenhoks River. Stienie Boshoff and Tielman Kempen were eyeing the river for jumping mullet. With hope.

“What I was going to say about the Italians before I was so rudely interrupted by Colonel Bookishness,” said Dolf giving Snodgrass the kind of stare a mother gives the man who is about to tattoo a spider on her baby’s shoulder, “is that I struggle to understand Italian wines. The grape varieties and regions are all interlocked and confusing, closed to logic and comprehension.”

Stienie turned around, the soft light of twilight giving his wolfish features an unlikely angelic expression. “But surely, Dolf, not as closed as the thighs of the Widow Klitana Nothnagel during one of your visits to check on her plumbing.” The silence was edible with a blunt fork.

A bottle appeared on the now gleaming bar counter and Dolf shook his head. “I was just attempting to state that I have found an Italian wine I now understand, but one made in South Africa,” he said, producing suitable glasses.

Stating that an Italian wine is made in South Africa is like saying a Russian mail-order bride is flown in from New Zealand, but I let it sit. 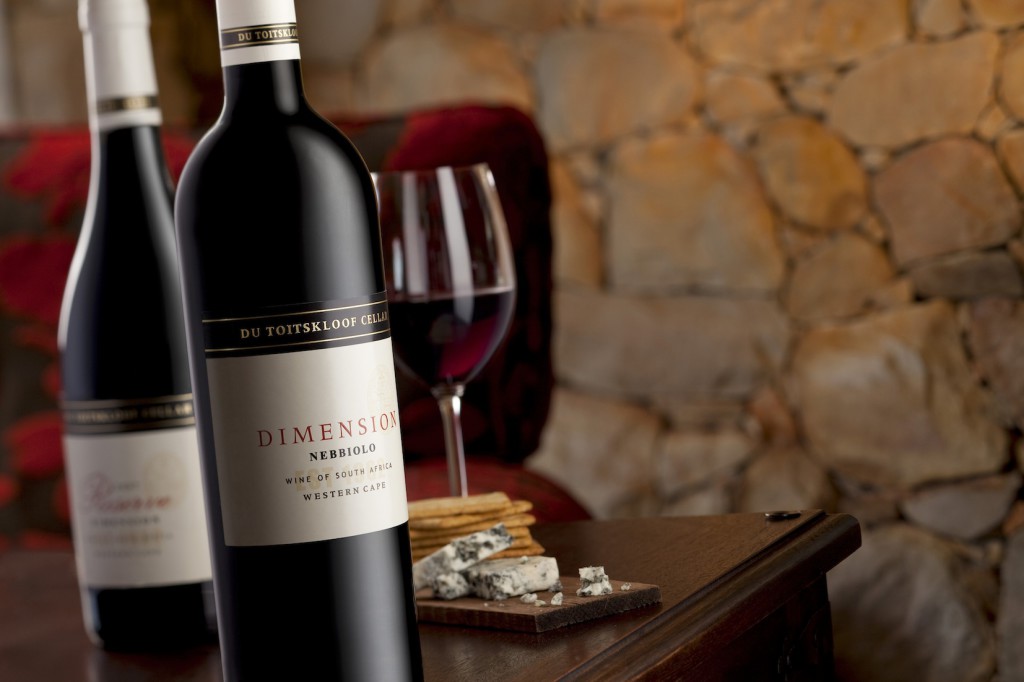 “Well, not an Italian wine, but a South African wine made from an Italian grape,” said Dolf as if he were reading my mind. “The Nebbiolo grape is Italian, from the Piedmont region. At Du Toitskloof Wines, the finest winery in the Cape’s Breedekloof region, they grow Nebbiolo on the farms and produce wine from it in the cellar.

At the pulling of the cork, Stienie and Tielman turned their attention from the river’s calm and fishless waters, reminding themselves that the difference between a sun-downer and a fishing trip, was that you were assured of a drink during a sun-downer.

The wine was poured, vivid and red and vibrant. We approached the bar and each took a glass of Du Toitskloof Nebbiolo, vintage of 2010. “A good year,” said Tielman. “The cold, wet winter of 2009 assured the bare, gnarled vines of a fine rest before being brought into the vigorous growth-phase of the warm October spring.”

Obviously, Tielman’s subscription to Wineland Magazine had been renewed. 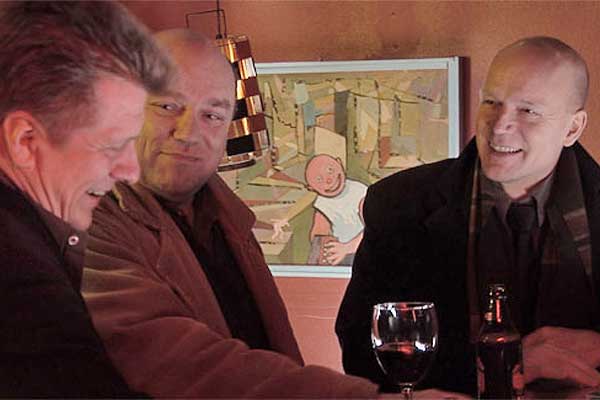 The Colonel toasted Dolf. “This is an adventure,” he said. “A great discovery. The Nebbiolo is soft, yet assertive. Dense with fruit and sage-brush, but without being overbearing. Delicious to drink. Next time I pass the Du Toitskloof Wines cellar it will not only be to pick-up Muscadel and to see the wooden cocks.”

Stienie was intrigued by the wine. “Cabernet-like, but a touch of more class,” he ventured. “I have not seen this grape Nebbiolo before – how many South African cellars make it?”

Dolf shrugged his shoulders. “The hairy chap from Du Toitskloof Wines who dropped off the wine would not say,” said Dolf. “But only two or three – about as many Italians as it takes to steer a passenger cruise-liner onto a rocky reef.”

Stienie smirked. “Next time that chap from Du Toitskloof visits Vermaaklikheid, tell him we’ll take a case or two of this Nebbiolo.”

“That’s damn right,” said Snodgrass turning to that American accent he does so convincingly, “make him an offer he can’t refuse.”

What was dusk, became just another perfect evening but with an extraordinary wine. 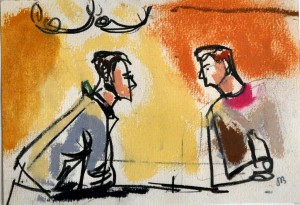