Don Pedro? A Spanish Count, or a great dessert. Musgrave Copper Pot Still Brandy ‘Black Honey’ and a superb Vanilla Ice Cream is all you need… 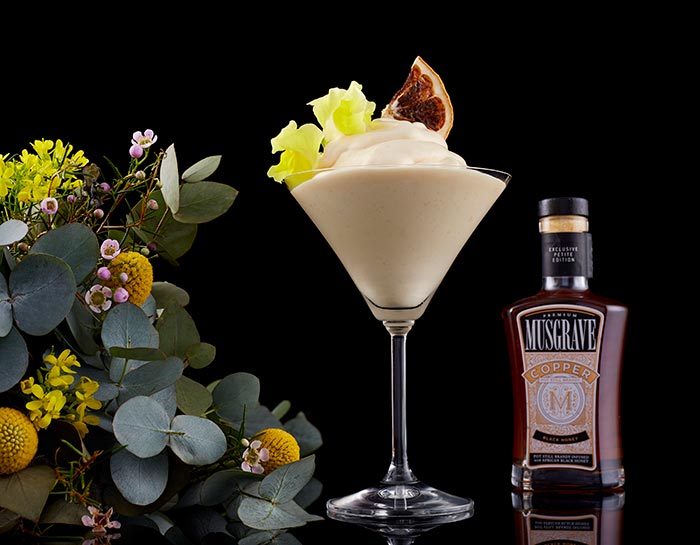 Eat Out Magazine some time ago started to investigate the Don Pedro. Here are some comments from their article.

The word cocktail might be a misnomer, however, depending on its consistency and the volume of ice cream involved. Michael Olivier says, “I don’t view it as a cocktail, rather as a dessert. I used to serve one called Michael’s Mud, which I made with chocolate ice cream and Kahlua.”

Who made it first?  I first heard of and tasted the Don Pedro when Danny Ferris owned Bellinzona restaurant in Blouberg in the 1970s. Peter Veldsman Culinary Legend cofirmed my story. He remembers Danny going on holiday to Scotland and his tales of the whisky distilleries he visited. At one of them he poured the whisky over some ice cream, and the Don Pedro was born. Danny used whisky, though others use Kahlua, or other spirits.

Tamsin Snyman – culinary consultant, says she first tasted the drink as a youngster at home. She said that her family were addicts. Her Dad, Mike Snyman “made the very very best Don Pedros in the world. I thought it originated from my family home – my father was the cocktail king of my life!” Don Pedro recipes have appeared in her mom’s cookbooks since 1979. The recipe for this ‘adult milkshake’ from Fine Dining by Lannice Snyman (1985) calls for a sprig of mint on top, a garnish truly reflective of its time.

So, how do we make it Chez Olivier? With truly fine Vanilla Ice Cream and Musgrave Copper Pot Still Brandy ‘Black Honey’. We use a NutriBullet, so quick and so easy.

What ever garnish you would like, though a Cadburys Flake Bar is truly decadent…

Chill your glasses in the deep freeze and allow them to get really cold. Place the ice cream, the brandy and the cream in the Nutribullet and give it a quick whizz. Pour into glasses and garnish. I remember Danny put a sprig of mint on top. Very 1970s.

A word about the Musgrave Copper Pot Still Brandy ‘Black Honey’. It is made to be the South African Bourbon of Brandy. It is flavour infused and perfect for mixing. But my goodness is it delicious when splashed over some ice cubes.