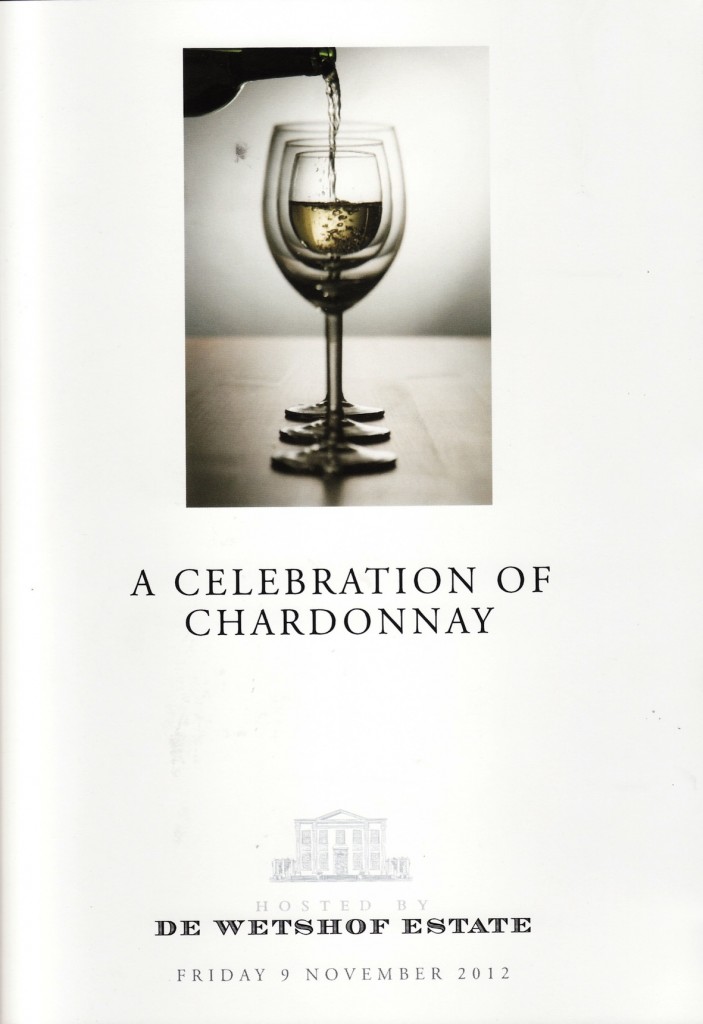 Danie and Lesca de Wet of De Wetshof in Robertson and their two sons Peter and Johann do a wonderful thing every second year, A Celebration of Chardonnay, a bi-annual event held on De Wetshof Estate.

Fifteen wines are offered in a tutored tasting led by the well known Dave Hughes, four of them from France, California and Western Australia.

Garth Stroebel of the SA Chef’s Academy and his team prepared an excellent lunch matching their food to a raft of Chardonnays from almost every wine region in the country.

One of the highlights of the occasion is the presentation of The Golden Vine, an award given to chefs of note. Dr Bill Gallagher and Garth Stroebel are previous recipients. 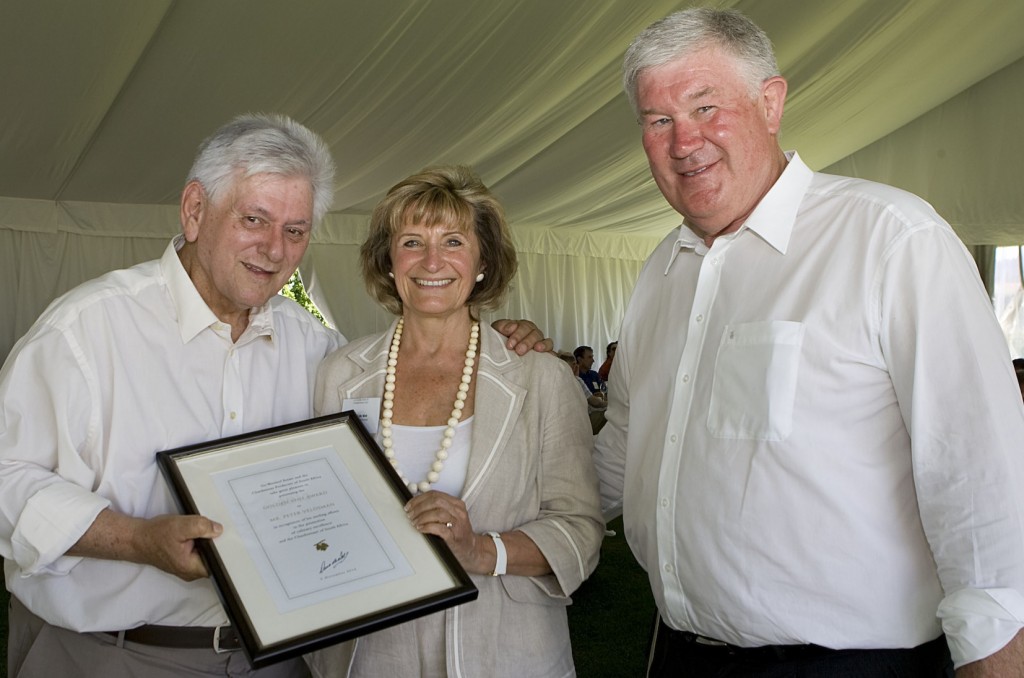 It would not be an exaggeration to call Peter Veldsman a culinary icon.  It was he who received The Golden Vine Award from De Wetshof Estate this year.  One of South Africa’s most renowned food personalities, Peter received the award for his contribution to the local food and wine culture.  This award is in recognition of Peter’s culinary contribution which has complemented the South African wine industry, allowing for the current status of excellence enjoyed in the mutually inclusive fields of food and wine.

Hailing from the town of Ladysmith in South Africa’s Little Karoo, Peter has cooked for nobility and dined with royalty. He has written books and articles that have been acclaimed internationally. Along with his partner in Emily’s Restaurant, Johan Odendaal, he was given the name “the bravest restaurateur” by the late Lannice Snyman for succeeding in establishing and sustaining a business at South Africa’s most expensive address.  During his countless journeys to the food capitals of the world, Peter has been an ambassador – not only for South African cuisine, but for our country and its colourful, diverse and spirited people.  As far as the formalities of his career go, these are too vast to mention: establishing South Africa’s first Cordon Bleu School with the late Lesley Faull. Becoming South Africa’s most well-known and influential food editor during a two decade career with Sarie Magazine. A founder of the South African branch of the Chaine des Rotisseurs and Chairman of the Culinary Circle of South Africa. Inclusion in the “Who’s Who of the World” since 2004. A television chef before a Food Network was invented.   The list goes on.  Peter’s passion, his encyclopaedic knowledge of food and wine and his sheer technical brilliance as a chef is complemented by his warm-hearted generosity, his unique humour and his unrivalled hospitality.  The De Wets were honoured to present him with The Golden Vine Award for his selfless contribution to the culinary landscape of South Africa.  Appropriate too that this should come at a time when Peter is about to open yet another restaurant in Cape Town.