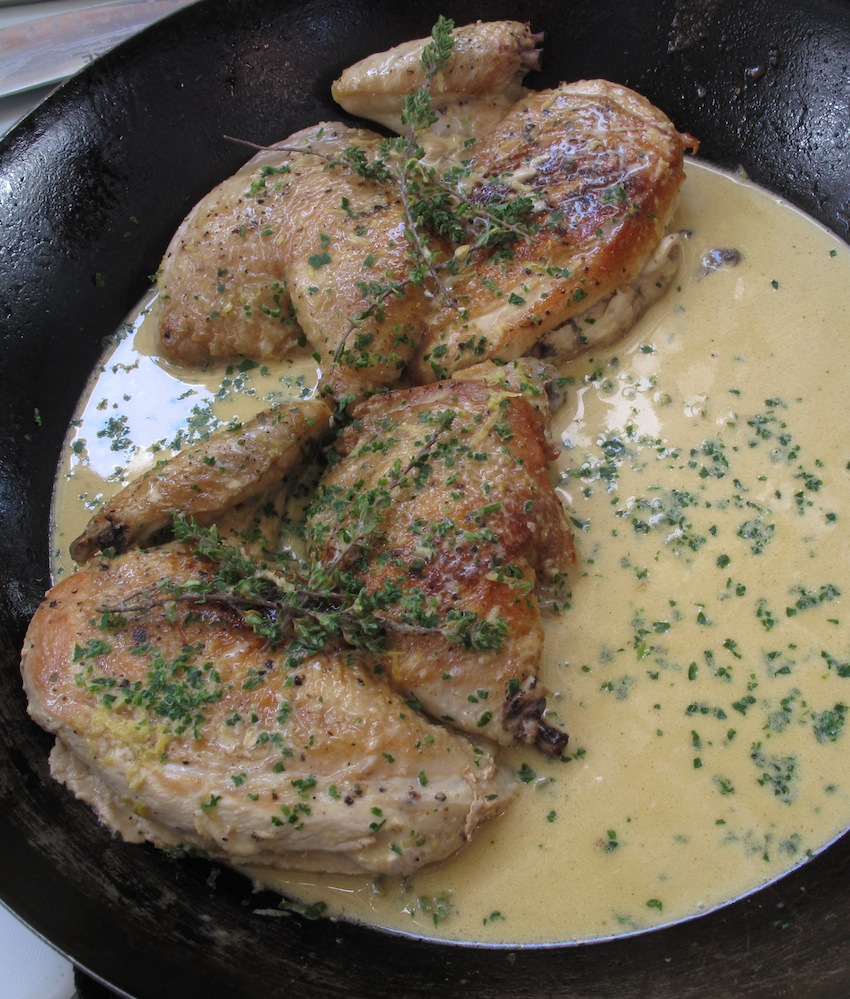 Brick chicken is named after the bricks, which are placed on top of the chicken while it is cooking in the pan!  I saw steaks being grilled under weights on TV and thought I would try with chicken. What I did not know was that it was quite a well known Italian way of cooking chicken, known as Sotto Mattone. I cooked this at a weekend of cooking at African Relish in Prince Albert.

Method
Cut the chick in half and remove the backbone, rib cage and the thigh bone.  Season chicken well on both sides with thyme sea salt and freshly milled black pepper. Marinate for four hours or overnight.  Heat the oil [do not use olive oil] in a large saucepan.  When the oil is very hot and starts to smoke, place the two chicken halves in the pan, skin side down.  Place another saucepan on top in in it, place a brick or some cans to weigh it down.  Immediately reduce the heat to medium-high and cook chicken until the skin is golden brown and crisp, about 18 – 20 minutes.  Remove the top pan and its weight.  Turn over the chicken halves with a pair of tongs, and pour off excess oil.  Pour round the stock and lemon juice and cook for about 5 – 8 minutes.  Swirl in the cream and sprinkle over the parsley and serve chicken with pan juices.