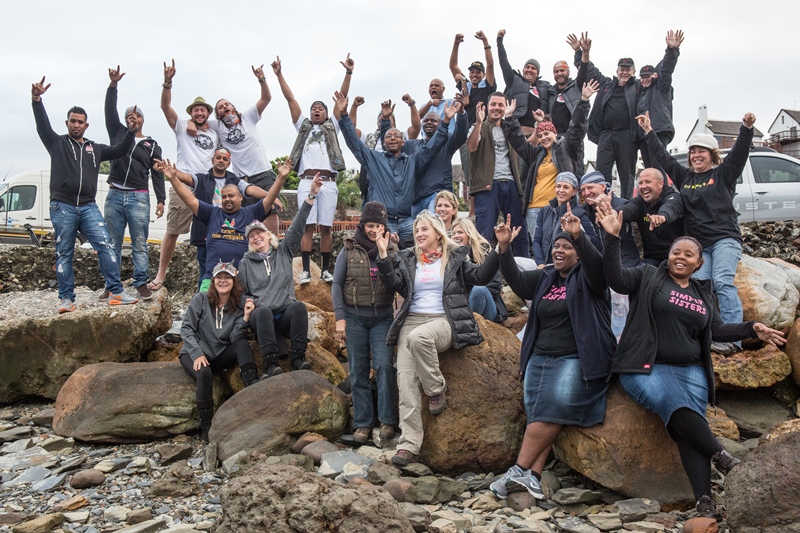 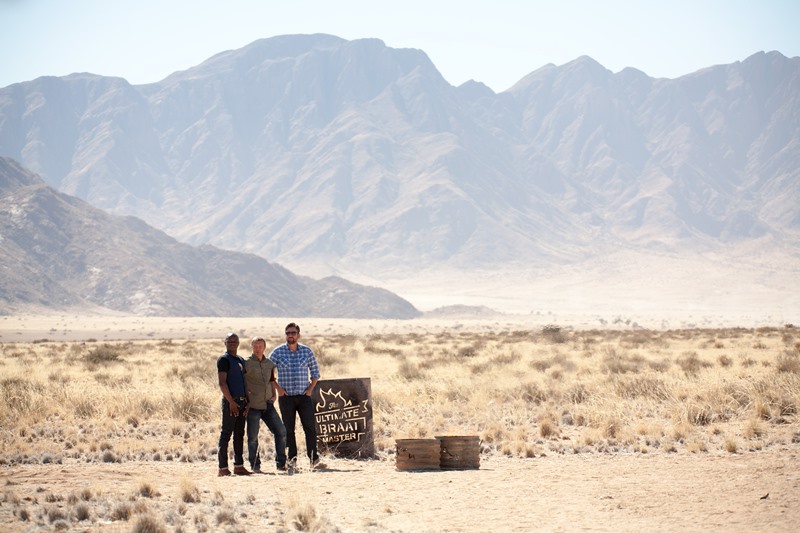 Justin and the Judges

Sponsored by Pick n Pay and supported by Coca-Cola, Robertsons Herbs and Spices, Renault, and South African Tourism’s Sho’t Left campaign, the 13-part Series features 15 of the country’s top braai teams as they drive and cook their way through 9000kms and 13 location-based braai challenges that make up the most adrenalin-fuelled braai adventure yet. The last braai team standing will walk away with this year’s prize: R500, 000 in cash, a Renault Duster 4 x 4 (valued at R260 000.00), a Big Green Egg each valued at R30 000 and the title of South Africa’s next Ultimate Braai Master. In addition, and thanks to Robertsons Herbs and Spices, the winners will also enjoy an unforgettable seven-day guided tour of Kerala in India, one of the world’s leading spice regions, with Justin Bonello, plus spending money to the value of R100 000.00 and a host of other awesome prizes along the way. 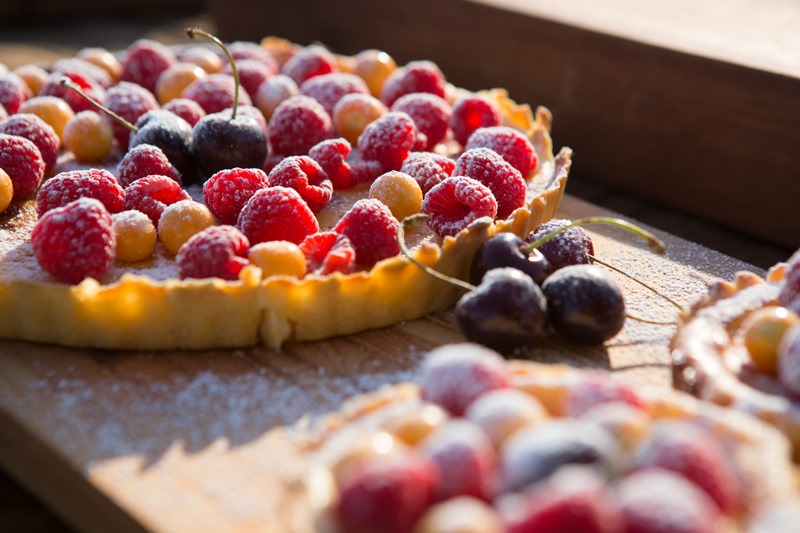 Desserts on the fire
ingredients from the Pick n Pay Pantry

Title sponsor and pantry partner, Pick n Pay, has sponsored the quintessentially South African braai Series since its inception. Pick n Pay’s General Manager of Marketing, Malcolm Mycroft, who joined the production crew at one of several breath-taking locations in Namibia says, “The Cooked in Africa family really gets it! They understand what the braai, and what being South African is all about, and have been able to successfully represent and celebrate our country as a rich melting pot of cultures, flavours and culinary delights that reflect the values that the Pick n Pay brand was founded on. The Competition allows us to showcase Pick n Pay’s fresh, local, sustainable and Proudly South African product offering in the most creative and original ways through the Ultimate Braai Master’s Pantry, while demonstrating the brand’s commitment to always being there for its customers.” 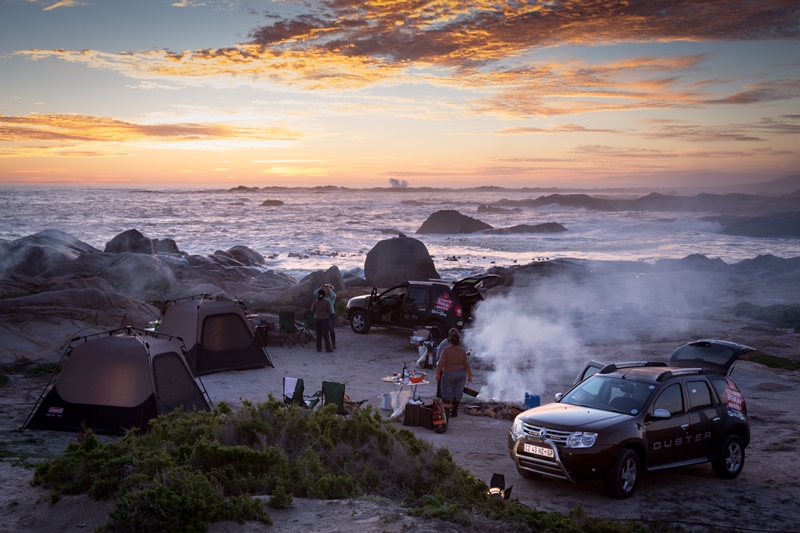 Produced by Cooked in Africa Films and supported by a 60-strong production crew including five camera teams, an Art Department and mobile Pick n Pay Pantry, Season Three’s TIME FOR TOUGH braai adventure is rougher, tougher, and sees contestants venturing further off-road as they’re expected to camp, cook, and compete in some of the Series’ most extreme challenges to date. Starting in the Mother City, this year’s road trip spanned 70-days and heads up the treacherous terrain of South Africa’s West Coast and even further afield to a dramatic landscape where teams get to kick up dust in the wide open spaces of Namibia before heading back to South Africa’s East Coast for the Series’ epic finale on 4 December 2014. 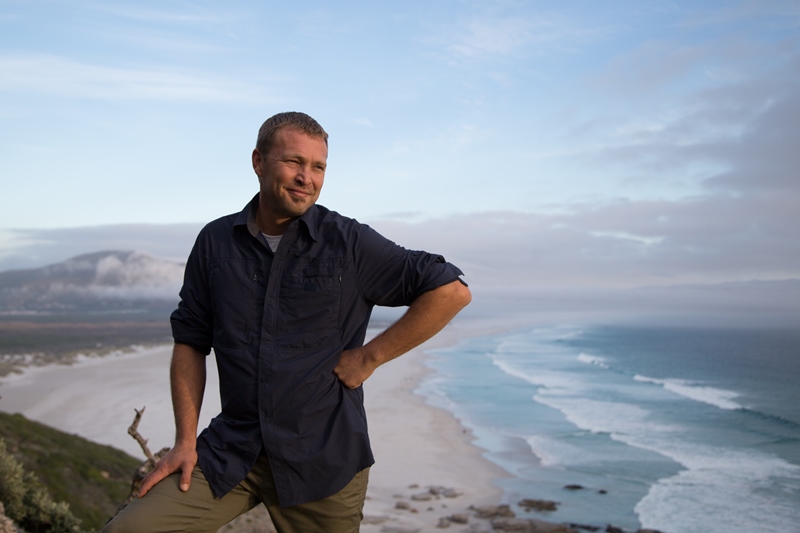 Says Series Presenter and Cooked in Africa Films’ Creative Director, Justin Bonello, “This year our slogan was Time for Tough, and the production proved to be exactly that. We pushed the contestants that much harder, traversing some of the most outlandish, rugged and breath-taking territory in South Africa and Namibia’s outback. Contestants needed to make sure their stamina matched their braai skills as they were expected to self-drive across some off-road routes that would make a seasoned 4×4 enthusiast pause for breath! The game is certainly the toughest one that we’ve had to date and the competition between the teams is fierce, but the show retains its distinctive soul and flavour that South Africans know and have come to love. I believe that we’ve advanced in leaps and bounds since the inaugural Season and have raised the production value of the Series to the level where I’m confident this will be the best Season yet! ” 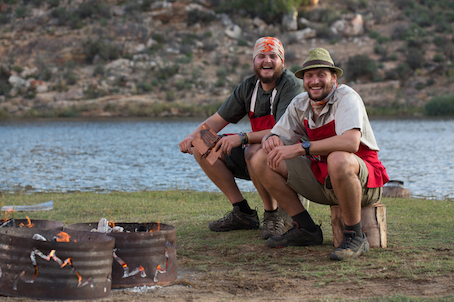 My boys – The Santa Annas

My favourites for the competition are the Santa Annas. I was fortunate to be able to judge them on the Cape Town leg of the auditions. Stellenbosch based business partners Piet Marais (29) and Frik Oosthuizen (24) entered Ultimate Braai Master for an opportunity to go on the road trip of a lifetime and to get away from the grind of city life for a while. While Braai Master Piet is admittedly devastated to be missing the Western Cape wild mushroom season and Braai Buddy Frik is really going to miss his girlfriend and his dog, they have big dreams if they win, including financing their business and donating money to the Rhino Fund. They think elimination rounds will be the toughest challenge to tackle. Their team mantra? “After a good braai, one can forgive anyone. Even one’s own relatives.” 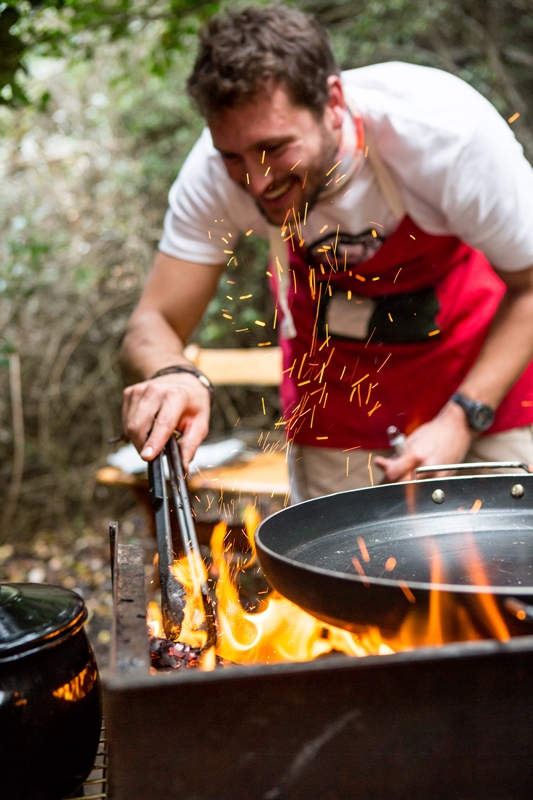 All about heat control

Cooked in Africa Film’s Executive Producer, Peter Gird is confident that Season Three will secure new audience benchmarks for the e.tv reality-TV Series. “We are thrilled to be able ‘to bring the nation together around the fire’ on e.tv this summer. Ultimate Braai Master is a proudly South African Show, made by South Africans, for all South Africans and filmed in Southern Africa. This Season is bound to continue to enthral audiences from all walks of life, not only here in South Africa but from all around the world as this is much more than a cooking show, it’s a show that showcases what South African’s love to do, namely to travel, to see and enjoy the most amazing places, and to showcase and share some of the incredible gourmet braai meals that can be created on an open fire,” says Peter. 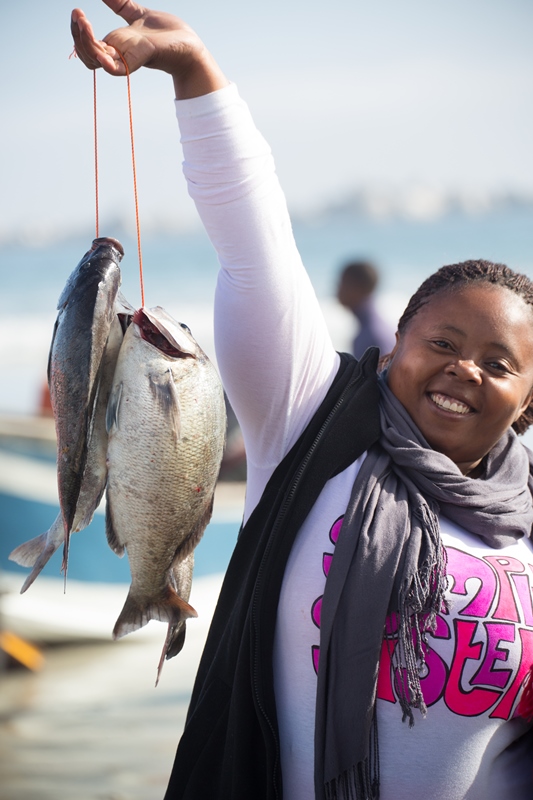 The first two seasons of Ultimate Braai Master were on-sold to premier international broadcaster, the Travel Channel, resulting in the Series being re-screened to over 100 million people in over 280 territories and translated into 22 languages around the world over the next three-year period. The Season 2 Series is currently being broadcast in South Africa via DSTV’s Travel Channel (Channel 179), with Season 3 launching on DSTV in March 2015.

Information from Cooked in Africa