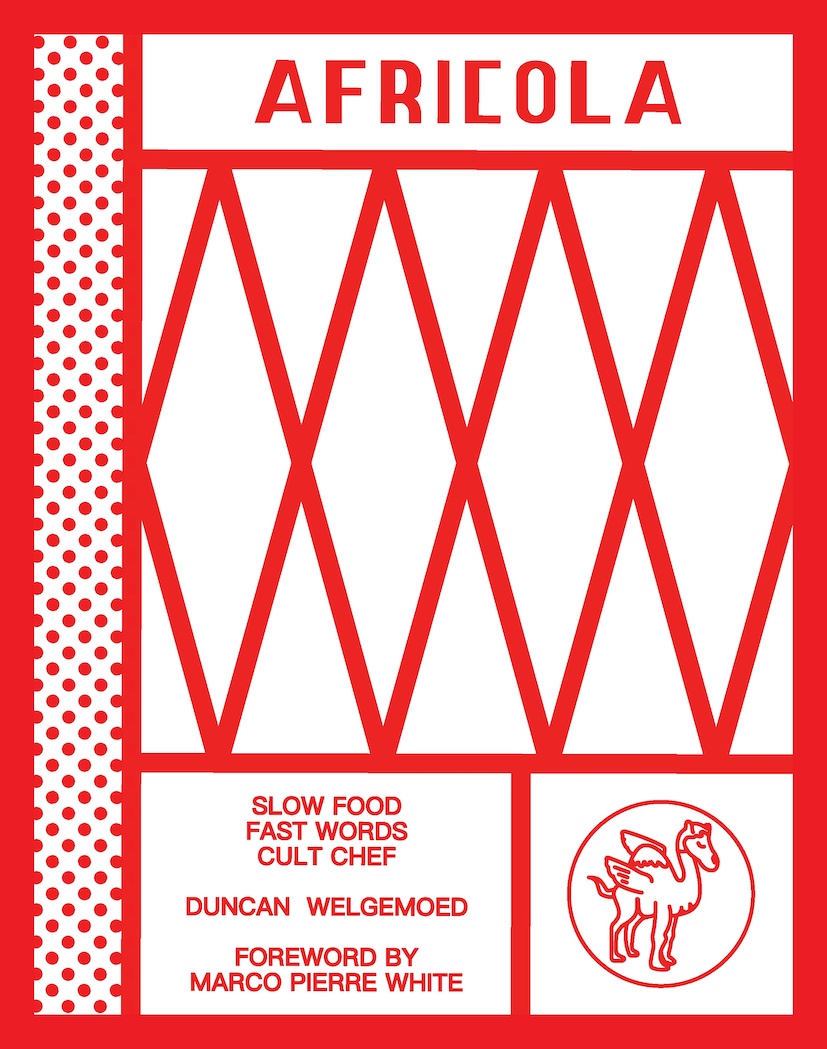 The first of Three Books for Cooks Africola by Duncan Welgemoed

Slow Food, Fast Words and Cult Chef it says on the cover. And with a foreword by Marco Pierre White. High praise indeed. Murdoch books tells Duncan’s story best. South African by birth, Duncan was head chef at The Goose at Britwell Salome, Watlington, Oxford when it was awarded a Michelin star in 2005 and has also worked at Le Manoir aux Quat’Saisons. In early 2010, he arrived in South Australia and opened Africola in 2014. Over the years, Duncan has become Adelaide’s (un)official spirit animal – mythical beast, troublemaker, conversation starter. His latest restaurant, Africola, tells a story close to his heart. It has since been awarded 4.5/5 Australians by The Australian’s food editor John Lethlean, featured in countless magazines, newspapers and TV shows around the world and frequented by rockstars and celebrities alike. Business partner, James Brown, runs a design agency and has designed the interiors of several iconic venues including Sydney’s Harpoon Harry, Bali’s Motel Mexicola (the most instagrammed hotel in the world) and Melbourne’s Hotel Jesus. Together, they are a formidable creative force. 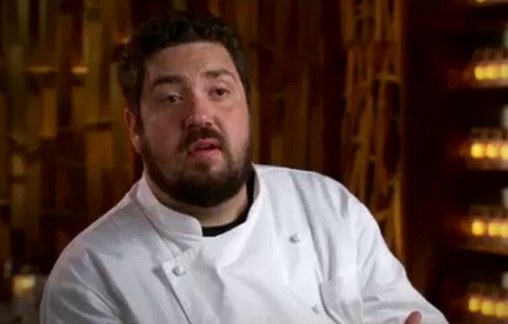 Duncan’s approach to food is fearless, take-no-prisoners, bold and exciting, inspired by his South African heritage. If his multi-awarded, South Australian-based restaurant Africola was a type of music, it would be a full-on mash-up of Kwaito meets Euro pop meets black metal. His food is cooked on fire, in embers or ashes, in ovens, or cast iron pots – from whole smoked pig South African/Australian style, to homemade biltong, hot smoked mackerel and horseradish, whole roasted cauliflower with tahini sauce, and the world’s greatest roast potato recipe for complete idiots. Duncan’s words aren’t pretty, and he’s refreshingly honest about the highs and lows of his industry and the people within it, delivering home truths for cooks and chefs alike. These recipes include an amazing array of meats, as well as seafood and a slew of intensely flavourful, veg-forward dishes. There is also a culinary encyclopaedia of ferments, condiments and pickles – adding richness and complexity to any dish – along with a solid pastry section and a bunch of ridiculous cocktails. 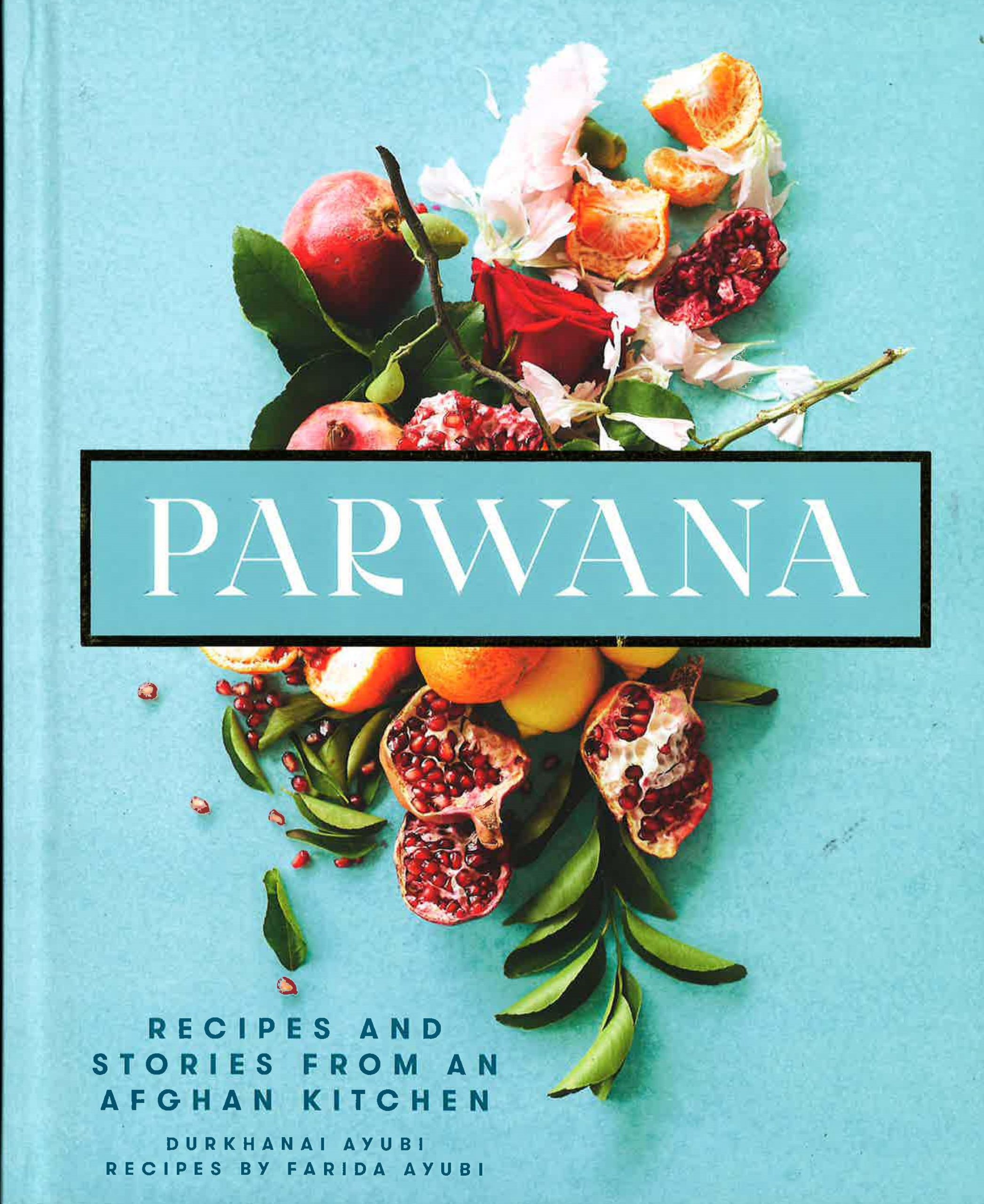 I must confess not to have known much about Afghani Cuisine. The politics of the country is really the only thing I seem to hear about vaguely and to which I do not pay much attention. Having read this book, I now want to pack up and go there, just for the food. But perhaps I could take the easy route and visit the Ayubi family’s Restaurant, Parwana, in Adelaide, Australia. 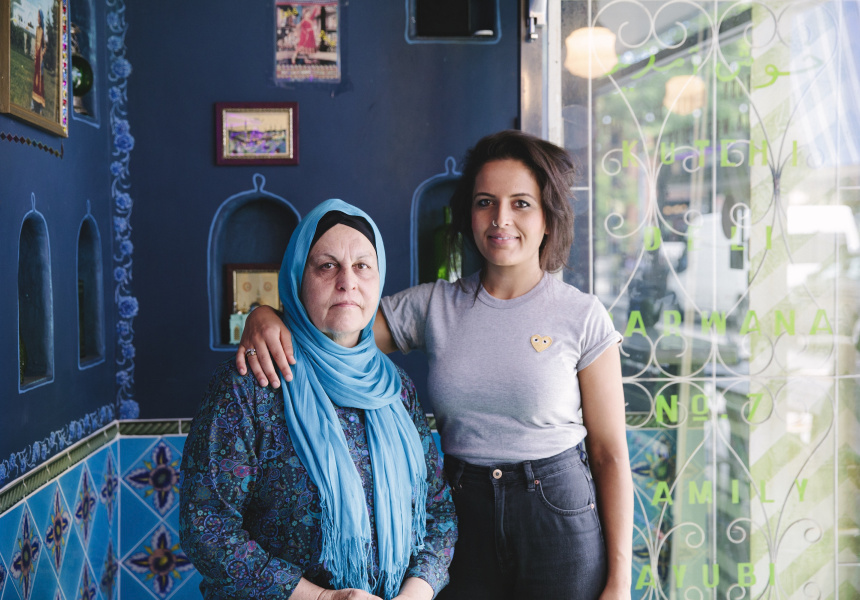 Durkhanai Ayubi and her parents Zelmai and Farida Ayubi fled Afghanistan in 1985, at the height of the Cold War. They wanted to share the delights of Afghani Cuisine and Culture. The recipes in the book have been in the family for generations and each has a story to tell. Virtually none of the recipes I know, which makes it all the more exciting. His book is a keeper, and we are having fun with it. 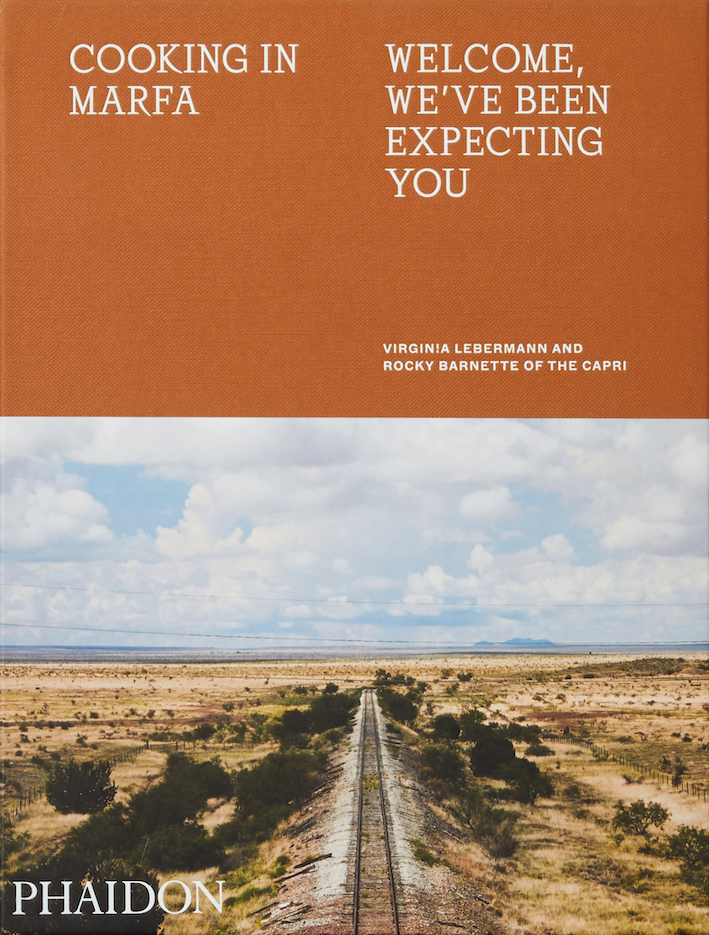 Cooking in Marfa – Welcome, we’ve been expecting you…

When I open this for the first  time, my eyes fall on The Capri in Marfa. So, I think, ‘Ah, Italy.” Wrong! One of the first pictures says Welcome to Texas. So, I am in for a different ride. And what a ride! Some of the dishes are crazy, Jenny Laird’s Texas Caviar mixes real Caviar served with Frito’s Corn Chips. Oysters with Prickly Pear Mignonette and Sea Weed. I don’t always remember that Texas has a coastline. One of my favourites is A Windswept Salad with every lettuce, soft herb, flower and edible species in the garden today, a magnificent array presented in a long wooden boat of a dish. 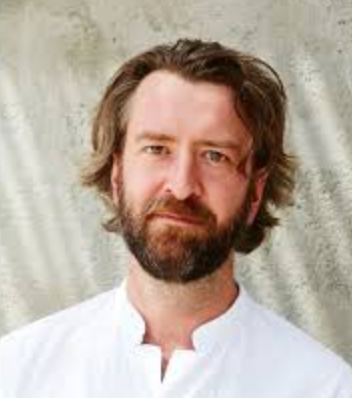 Of course, there is the expected The Capri  Steak [we are in Texas, he Longhorn State after all] served with fiery hot Korean red chili flakes. One of the early domesticated waterfowl was the Muscovy Duck, here served with confit legs and seared breast. Desserts feature in a big way. I am mad for Pineapple and the Whole Roasted Pineapple with Smoky Pineapple Sorbet would stop me in my tracks. There is good chapter on Bases and Sauces, and also Pickles and Ferments, as well as an excellent chapter on equipment and Ingredients.

This really is a great book and one that I will dip into often.