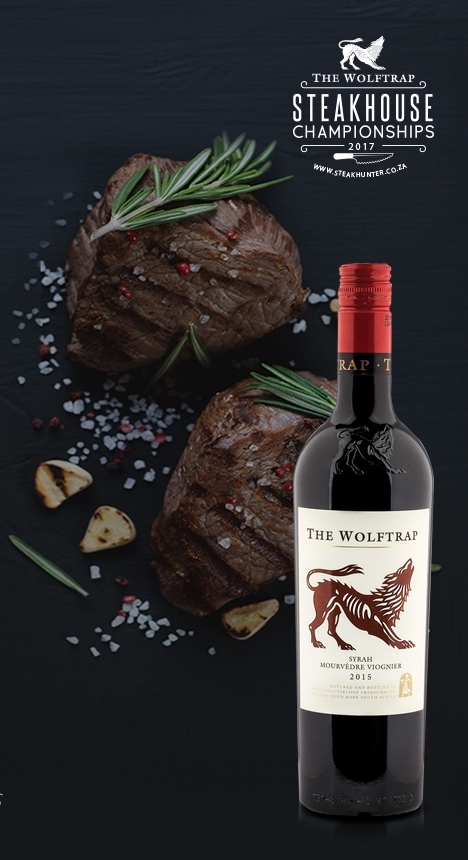 The Wolftrap Steakhouse Championships is once again hunting down South Africa’s greatest steakhouse, and inviting members of the public to take part in this exciting annual competition.

How The Wolftrap Steakhouse Championships 2017 Works

May: Public Voting Round and Weekly Prizes

During the month of May anyone can vote for their favourite steakhouse, via Facebook, and stand a chance to win fabulous prizes of The Wolftrap wines as well as Braai Hampers.

Then, in June, the Top 10 steakhouses, that were the highest placed on the leaderboard, move into the second round of the competition. These 10 finalists are visited unannounced and scored according to a set of strict criteria, by a team of expert judges, led by Pete Goffe-Wood, well-known Masterchef judge; to identify which steakhouse truly is the Champion.

The Wolftrap Steakhouse Champion for 2017 will then be announced at the Awards Event hosted by last year’s winner, The Local Grill, Parktown North, Gauteng, on 18th July.

How do people vote for their favourite steakhouse?

All voting takes place on www.facebook.com/SteakHunter. Each voter is allowed only one vote for one restaurant, during the month of May. A list of steakhouses is available on the Facebook voting page. Should a favourite steakhouse not be on the list, it can be added to the list if the steakhouse complies with the competition’s specifications. 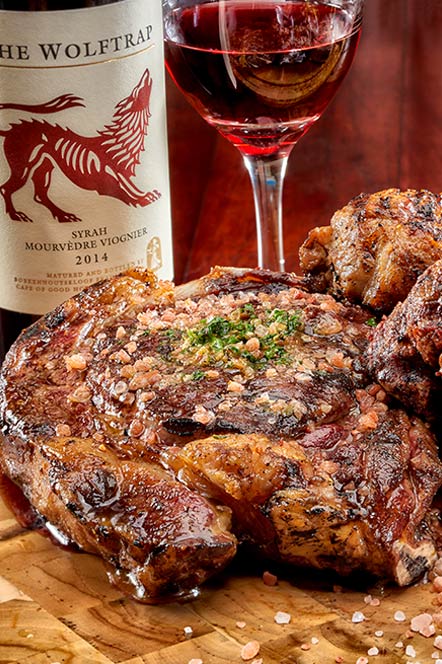 The Perfect Steak from The Local Grill

What defines a Steakhouse?
A steakhouse is a restaurant that specialises in grilled beef and that has a menu solely based on steak or with a clear and dominant section of the menu dedicated to steak and grills. It should be clear that steak is the primary focus of the restaurant.

What are the judges looking for?
Judges rate the steakhouses according to a wide-ranging, standardised scoresheet which examines all aspects of dining out and encompasses the total experience, but focusses on the quality of the steak and the side dishes that are part of a steak meal.

The 2017 Champion will also receive one 12-bottle case of The Wolftrap wine each week for the duration of the Championship year and will host the following year’s Championships Awards ceremony.