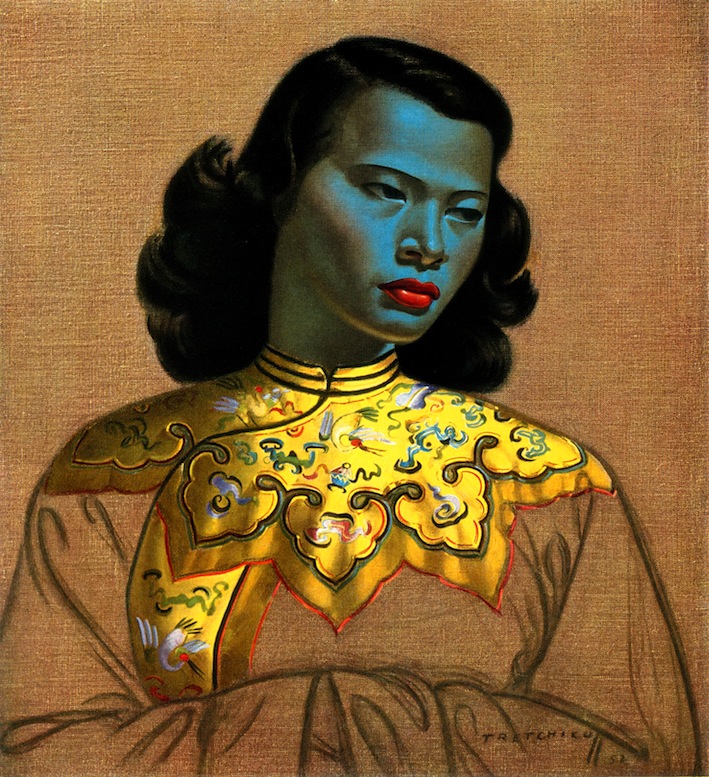 I remember as a child going to an exhibition in Garlicks in Cape Town, which I think was one of Tretchikoff’s earliest.  It was scoffed at by the art community, it was commercial, he wasn’t a true artist etc etc.  But like the Coffee Pinotages scoffed at by the Sniff and Spiteratti, he had the feel for what people wanted.  Almost every work of his became iconic – and his Chinese Girl was one of them, one of the most widely reproduced and recognisable pictures in the world.

Frequently named as one of the world’s top art collectors (June 2012, Art News) Laurence Graff, who owns Graff Diamonds in London and the Delaire Graff Estate in Stellenbosch, has added to his already impressive collection with the purchase of the Chinese Girl.

Commenting on his recent acquisition, Laurence Graff said: “As a young man, I noticed the image of Tretchikoff’s Chinese Girl continuously displayed in many different locations in print form.   It was the first piece of art that made an impact on me, and I believe ignited my interest and passion for art. You can imagine my surprise to have learned of the sale of the original painting and of course, my decision to buy it was immediate.”

The really good news is that the Chinese Girl will be returned home to South Africa in Summer 2013, where it will be exhibited at the Delaire Graff Estate in Stellenbosch, South Africa. The painting’s arrival will be marked by a special launch event, which will be used to raise funds for Mr Graff’s charitable foundation, FACET (For Africa’s Children Every Time).