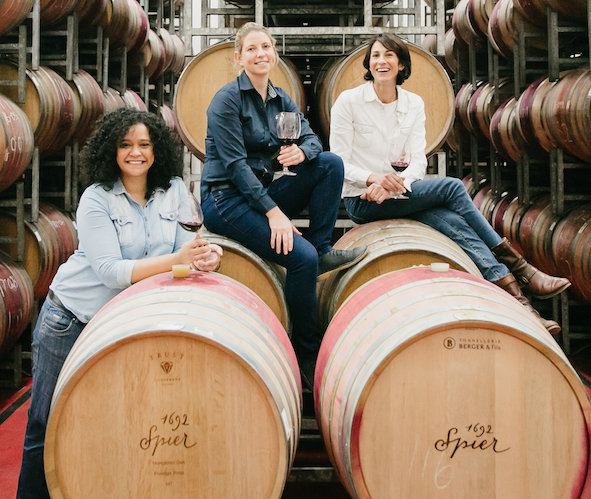 Spier Women Winemakers who usher in the future

Contemporary South African winemaking celebrates the normalisation of women in high-profile winemaking roles. Thanks to female pioneers who led the way for others to follow, numerous female winemakers hold significant positions at major estates and labels, where they rake in awards and recognition. Female winemakers – who were once a novelty in a male-dominated industry – now gain acclaim on the merits of their wine.

Spier’s Organic Winemaker Tania Kleintjes [left above]  is a stellar example of the new breed of female winemakers who are acknowledged for excellence. She joined the Stellenbosch-based farm in 2007 as assistant red winemaker. In 2013 she began a three-year stint in the cellar’s quality control department, before being appointed Spier’s organic winemaker in 2016.

Kleintjes now oversees the organic winemaking process – from harvest and production to bottling as well as managing accreditation and compliance. Spier harvests its certified organic grapes from its own estate in Stellenbosch, as well as the farm it owns near Paarl, Nooitgedacht, which had its first certified organic harvest in 2019. 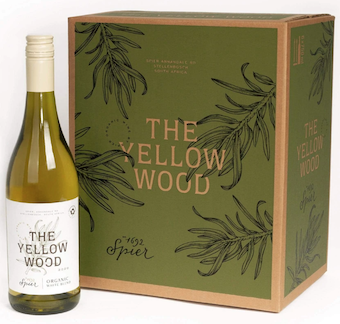 Making great-quality organic wine that’s also great value for consumers is part of Spier’s ongoing commitment to its Growing for Good initiatives. “There are two aspects to organic winemaking,” Kleintjies explains. “The first is using grapes that were grown organically – that means without the use of pesticides or chemical fertilizers. Secondly, there are special rules to adhere to in the cellar. In organic winemaking there are fewer additives permitted compared to conventional winemaking.”

Although South Africa’s natural and organic wine market is still relatively small, Kleintjes predicts a bright future ahead. This is partly because of the general consumer demand for organic products, but largely because Spier’s organic wines are garnering some of the industry’s highest local and international accolades. Since 2015, the organic range alone has been awarded at the highest level an astounding total of 42 times.

Standout examples of this include the First Stone organic red blend, which was awarded Gold by the prestigious Concours Mondial de Bruxelles and 4.5 stars in the John Platter Wine Guide. The Yellowwood organic red blend was also awarded Gold at the Concours Mondial de Bruxelles, regarded as the world’s toughest and most acclaimed wine competition. The Farmhouse Organic has achieved a coveted John Platter Wine Guide 5-star rating twice.

Kleintjies is one of three female winemakers at Spier, all of whom have earned their positions thanks to their considerable talents. Spier is nonetheless proud to also boast progressive hiring and management structures that benefit all its employees. Interestingly, however, at one point in the farm’s 300-year-old winemaking history, Spier had a female owner and the current custodian of the land is also female. There is an extremely high quota of women in senior leadership roles across the various divisions, from wine through to hospitality.

Lizanne Jordaan [centre above] joined Spier in 2006 as an assistant winemaker, keen to gain knowledge and experience as part of a wine team renowned for excellence. Today, Jordaan oversees the production of select red wine brands for Spier’s export markets. She crafts red wines that over-deliver on quality and exceed customer expectations.

Innovation and involvement in the many facets of winemaking drive Jordaan’s commitment to her work. She is always aware of the privilege of having been the one to make the wine she shares with her family and friends. Imminently drinkable, Spier wines are loved at home and abroad. Thanks to Jordaan’s deft hand, the wines capture in a bottle what matters most to Spier — over 300 years of winemaking history, and a commitment to being good to the earth and to people.

The third person in this formidable trio of oenophile femmes is Spier’s Senior Winemaker for Cap Classique and Red Wine, Heidi Dietstein [right above]. Her learning journey has included internships in top winemaking regions in New Zealand, France and the USA. She joined Spier in 2015.

“I think being a successful woman in the wine industry specifically, means that you are dedicated, hardworking and passionate,” she states. “It is for sure a male-dominated industry, but for me, it kind of motivates me even more to succeed. I also have good relations with my male peers. We are all a team in the cellar. Sometimes, I think my other team members don’t notice my gender.”

“There are still many challenges in the wine industry, but it’s important that women show that they can hold their own, physically, and mentally… Because of the challenges we face as women, we must be supportive towards each other and celebrate our achievements and what makes our wines so special.”

In her approach to production, Dietstein appreciates the variety of terroirs and varietals with which she works; after all, good wines are made in the vineyards. Just as good female winemakers are made through a combination of grit, determination and talent. 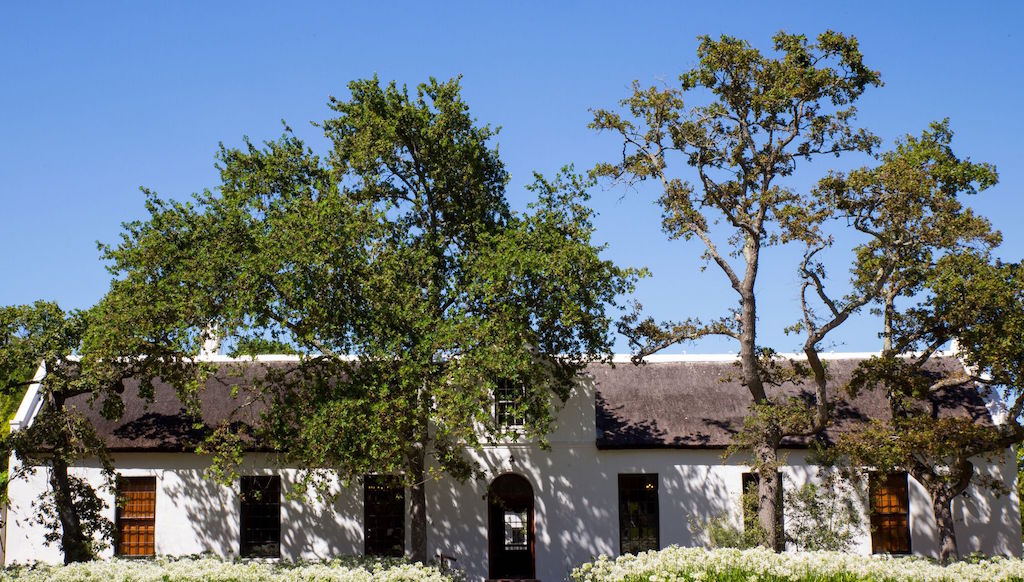 This Women’s Month we raise a glass to the wonderful women winemakers working across the industry – not only do they usher in excellent wines, helping to set benchmarks for the industry, they also work towards a more inclusive and progressive South Africa for all. 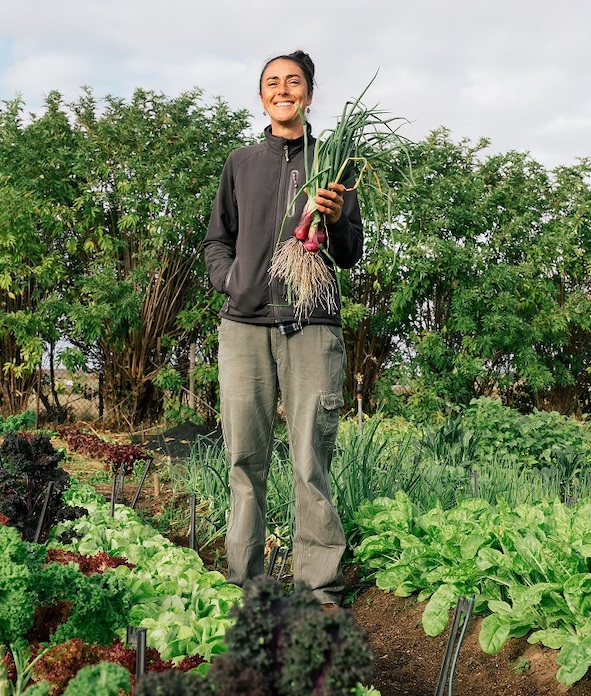 To find out more about Spier’s Growing for Good initiatives, which empower communities to make positive social and environmental change, please see www.spier.co.za.