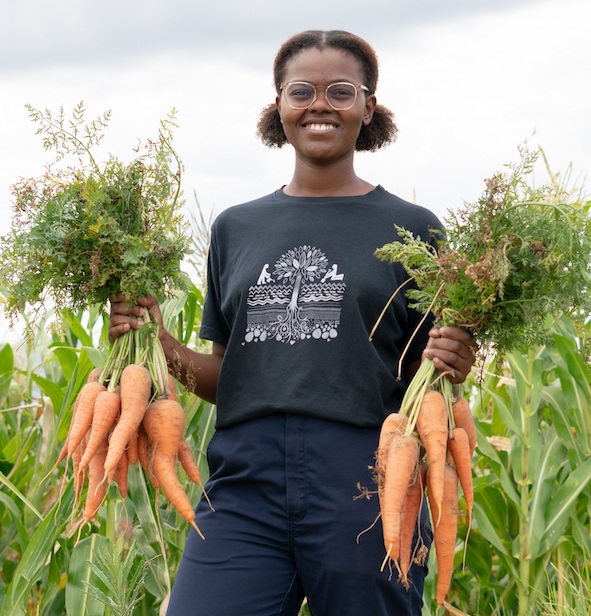 In March 2019, Spier partnered with Woolworths and the Sustainability Institute and its AgroEcology Academy to launch the Living Soils Community Learning Farm. Based at Spier, it produces nutritious food using ecologically regenerative farming methods.

Rirhandzu Marivate is the farm’s project manager, who has overseen the sterling efforts of the farm’s first three interns — all women originally from the Eastern Cape: Phutuma Mgu, Vuyolwethu Zicina, Thandiwe Mtyingizani. After clearing the land and preparing it to use agroecological methods to regenerate the soil with beneficial microorganisms and nutrients, the trio planted a wide range of vegetables. The first harvest was in November 2019; by March this year, an astonishing 1700 kilograms of produce had been harvested – from just under a hectare land.

“It was a wonderful moment when we delivered the first order to the Sustainability Institute, to use in the meals prepared for approximately 200 impoverished and at-risk children from the Lynedoch community that attend one of the schools at the Institute,” says Rirhandzu.

Following the conclusion of the three interns’ internship, they have stayed on at the farm. They have taken on leadership positions to mentor the seven new interns that joined the farm in 2020. 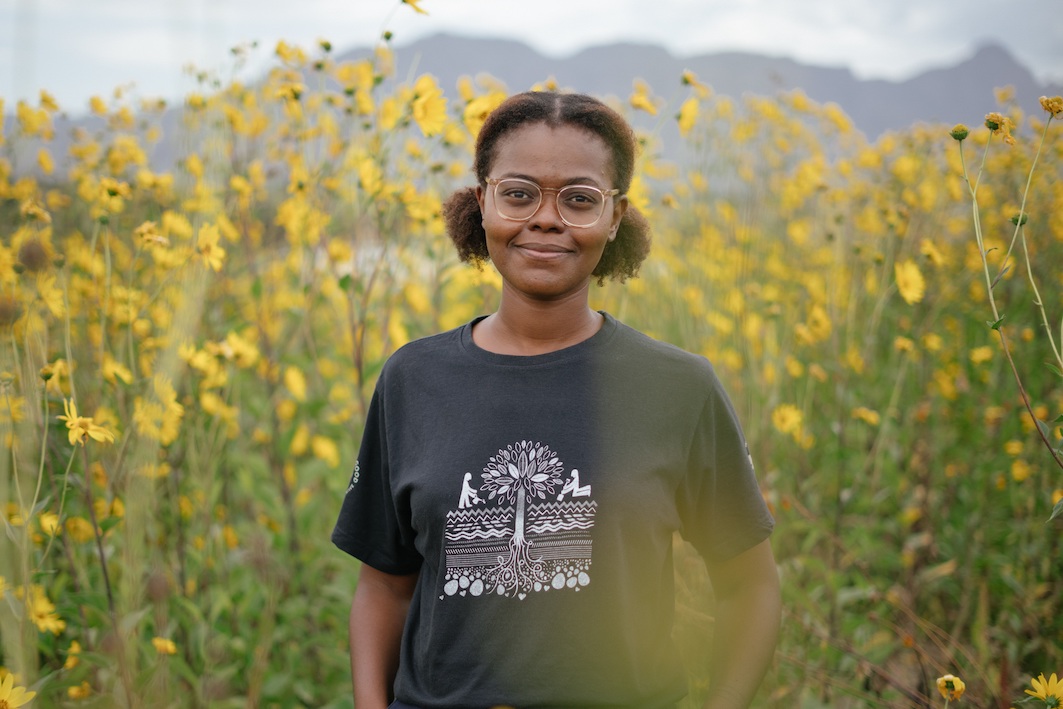 Rirhandzu, she of the beguiling smile

“Vuyo and Thandi have also expanded their skills to learning and working in growing seedlings for Living Soils in the nursery. These three ladies will continue with the project as we hope that they continue to grow and take up more space as team members, facilitators and farmers,” says Rirhandzu.

Spier’s support of tree-growing and small-scale, regenerative agriculture forms part of Growing for Good, where the wine farm invests in learning initiatives that empower communities to create positive social and environmental change.

All Spier wines and offerings display the Growing for Good icon – a heart in a vine leaf that represents both the community and environment.

“Our focus on learning is because of its ability to unleash the potential of people. This catalysis a ripple effect of positive change that goes far beyond Spier,” says Milne. “The Growing for Good icon reminds consumers that, by choosing Spier, they are contributing to a positive social and environmental impact. Their valued support ensures we can continue to invest in projects that make a meaningful difference.”

Spier Homestead from the air

By choosing Spier, you are supporting Spier’s Growing for Good learning initiatives that empower communities to create positive social and environmental change.