The Southern Moonshine revolution, get set & get tasting…..

It’s time to break out the stressed denims and Old Glory! Now you can #GetYourShineOn with the all-new Southern Moonshine range of unaged American-style moonshines, handmade in small batches, right here in South Africa. 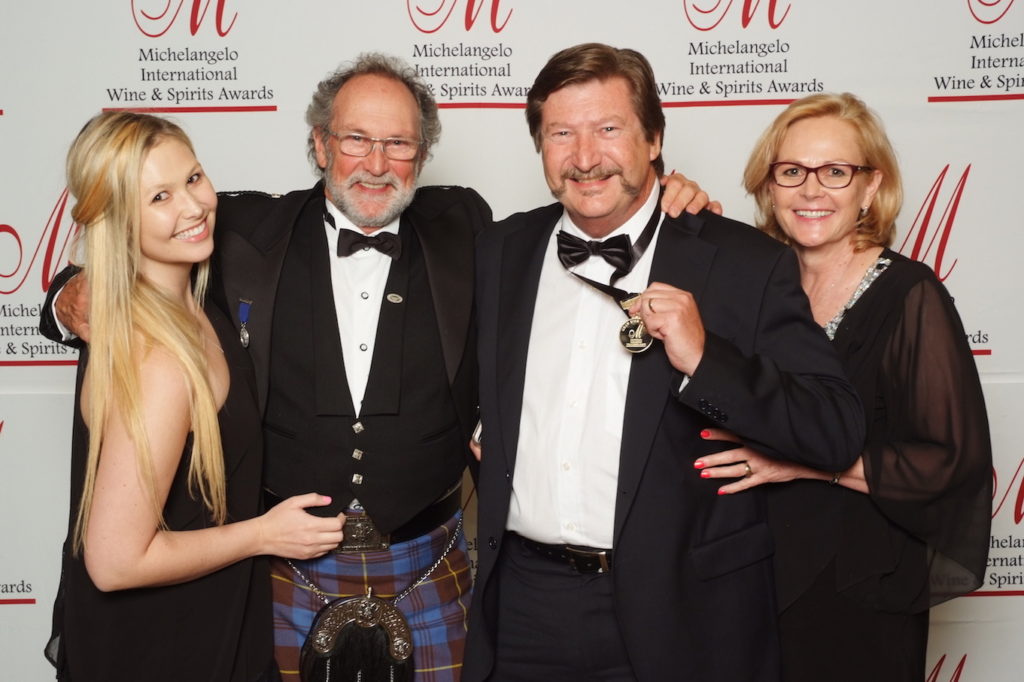 Fresh from its momentous five-medal victory at the 2017 Michelangelo International Wine & Spirits Awards, the first-of-its-kind Silver Creek Craft Distillery is rolling out a countrywide launch of its handcrafted range of authentic moonshines“The flavoured whiskey category grew by 40% in the US in 2016. It remains one of the fastest growing segments in the market and, as they say, when America sneezes, the rest of the world catches the cold. As with craft beer and gin, we believe moonshine could be the next big thang in South Africa!” says Silver Creek Craft Distillery founder and chief distiller Mark Taverner. 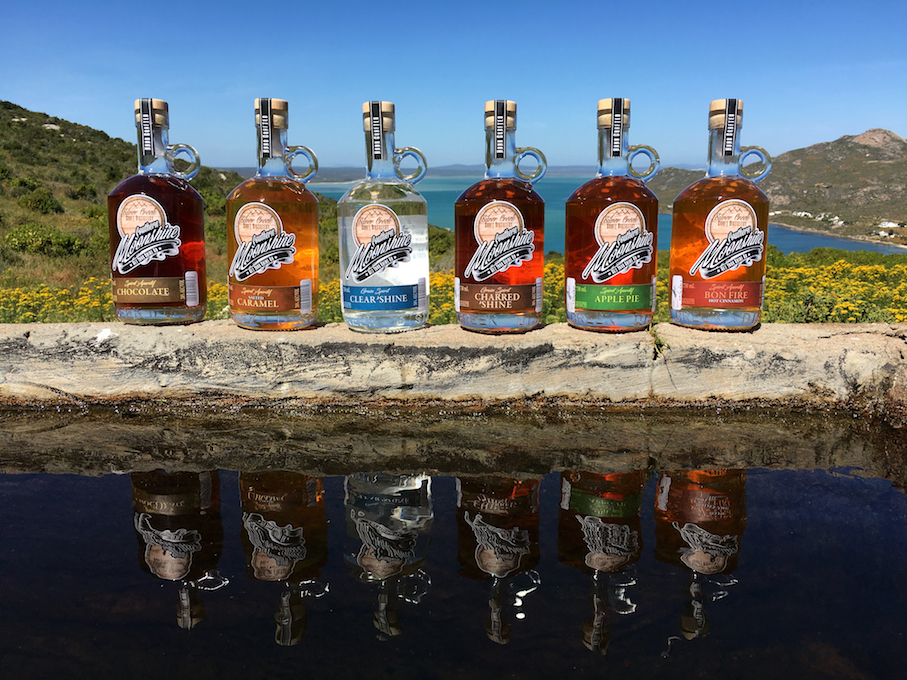 The unique Southern Moonshine collection of high-quality sipping drinks is led by the flagship Clear Shine, a smooth and genuine, pure spirit that is diluted to 50% alcohol by volume (ABV) – in American terms, 100% proof. It is a complex, mercurial spirit, alluring with a grain character without the influence of oak barrel maturation and is as authentically American as it gets.

Joining this new kid on the craft block is the Charred Shine (also diluted to 50% ABV). Similar in flavour to a good bourbon, it is made from Clear Shine and flavoured with an oak barrel essence.

This fun foursome includes Apple Pie Moonshine, which tastes just like momma’s puddin’-in-a-bottle; Bon Fire Moonshine, with a zip of hot cinnamon; Salted Caramel Moonshine – heavenly more-ish as they come; and, Chocolate Moonshine – a combo of dark chocolate and black coffee in a shot.

The scoop on the hooch“Distilled in the traditional way, moonshine got its name during America’s Prohibition era when fiercely independent distillers could only ply their art under the cover of darkness, by the light of the moon,” says Taverner. “It made for a rough and dangerous spirit with a reputation to match; it was the time of Al Capone and speakeasies.  These days however, moonshine is not illegal if it is produced by a licensed distillery that adheres to government stipulations. Today’s moonshine maintains the devil-may-care allure of its shadowy past, but is entirely safe to drink, and yes, even delicious.”

Tucked away in an old mine building in Gauteng’s Randfontein, the state-of-the-art Silver Creek Craft Distillery does everything by hand – from mashing and fermentation to distillation and bottling. This process allows for extra special care, which is why every bottle is signed by the distiller.

“We model our moonshine after the traditional Bourbon whiskey mash bill or recipe that comprises of 51% yellow and white corn, to which we add crushed wheat and malted barley. All our grain is locally sourced,” he says.

“The process we use to make our moonshine produces a far smoother spirit than its Appalachian Mountain predecessors, where the spirit was born. Silver Creek Moonshine is triple distilled.”

Their crop of Flavoured ‘Shines is made to the same exacting standards.

“Once we have made the original moonshine in the distillery we add demineralised water, sugars and specially made flavours imported directly from the American state of Kentucky, which is generally regarded as the spiritual home of the moonshine tradition.”

Evidence of its quality is reflected in Silver Creek’s recent winning debut at the 2017 Michelangelo International Wine & Spirit Awards. Silver Creek struck a Double Gold for its Clear Shine; a Gold medal each for the Apple Pie, Salted Caramel and Bon Fire; and Silver for the Chocolate.

Silver Creek Southern Moonshine is available in a bespoke moonshine jug with a nifty finger hole that emulates the easy-going spirit of the American South. Appealing to young and old, it is a versatile spirit that is far more than just a party-in-a-bottle.

Enjoy the Clear Shine and Charred Shine on the rocks or as the anchor spirit of a rockin’ long drink. The Flavoured ‘Shines will spruce up any cocktail or drink them straight up as a shooter or over crushed ice with your favourite mix. 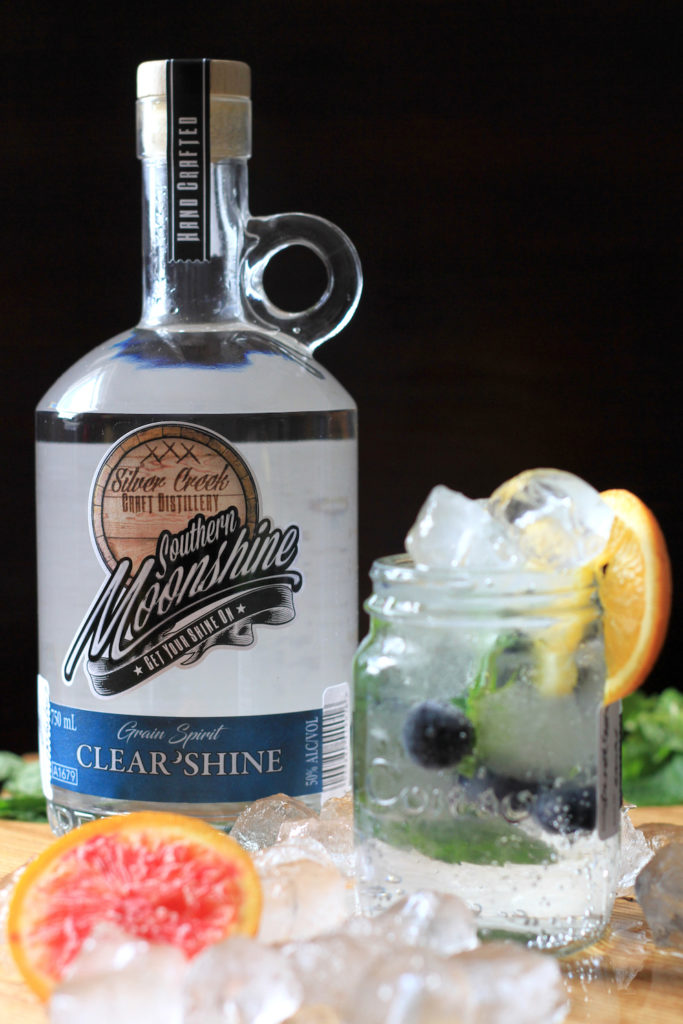 What you’ll do
Fill a Mason Jar with ice cubes and a few blueberries. Add the Clear Shine, Lemonade, Soda Water, Crème du Mure and muddle. Serve with an orange slice or two as garnish.

Southern Moonshine is available at selected bars, restaurants and retailers around the country. The Clear and Charred Shines retail at around R370 per 750ml bottle and the flavoured moonshines for R260.