Making History – The story tellers who shaped the past. A review by John Fraser’s review of Richard Cohen’s epic piece of writing… 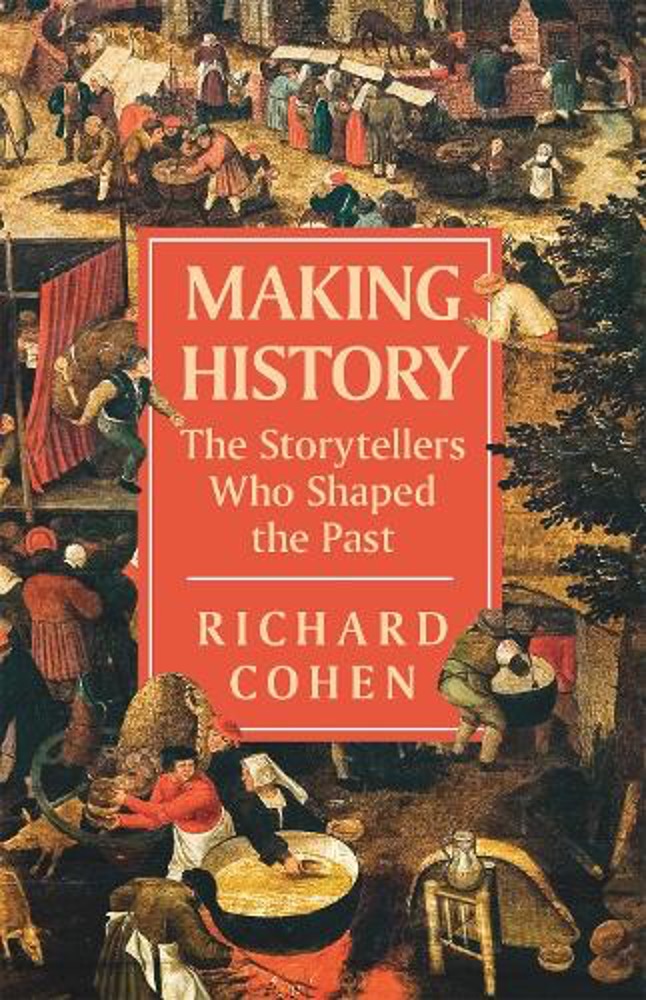 As one might expect from a history of history, this is a lengthy book, full of accounts of historians — Jews, Muslims, Christians. Lots of them.

From the ancient Greeks and Romans to the chroniclers of the more recent past, Richard Cohen lists them all. However, this is more than a directory of the best (and worst) historians. It encompasses a vital discussion on how history can be altered, tweaked and at times totally distorted, invented or erased by those who write it.

Cohen is the former publishing director of two leading London publishing houses and has edited books that have won the Pulitzer, Booker and Whitbread/Costa prizes.

He may primarily be a publisher and not a historian, but, wow, he has read a lot of history and speaks with authority both on the well-known writers — such as Shakespeare and Churchill, and many I had never heard of.

This is a lengthy read, but not a tortuous one, because he will usually give a biography of his main subjects with a few snippets of interest.

Cohen is honest about the triumphs — and failings — of the historian.

“History has ever been a harbour for dishonest writing, a home for forgers, the insane, or even history-killers who write so dully they neutralise their subjects,” he writes.

While we might hope for truth and objectivity in every historical work, Cohen reminds us that historians write for a range of motives “of which positioning themselves for posterity has been a common feature”.

I was enthralled by his insights into the writers of the Bible, which even today some Christians insist is the unadulterated word of God. (He is also good on Muslim writers).

The suggestion that God alone wrote the Bible is swiftly dismissed: “One wonders why the Bible was ever taken literally; the Hebrews always understood the early parts of Genesis to be fables. The modern insistence on literalism is largely due to the influence of southern US Protestants around 1910,” he writes. 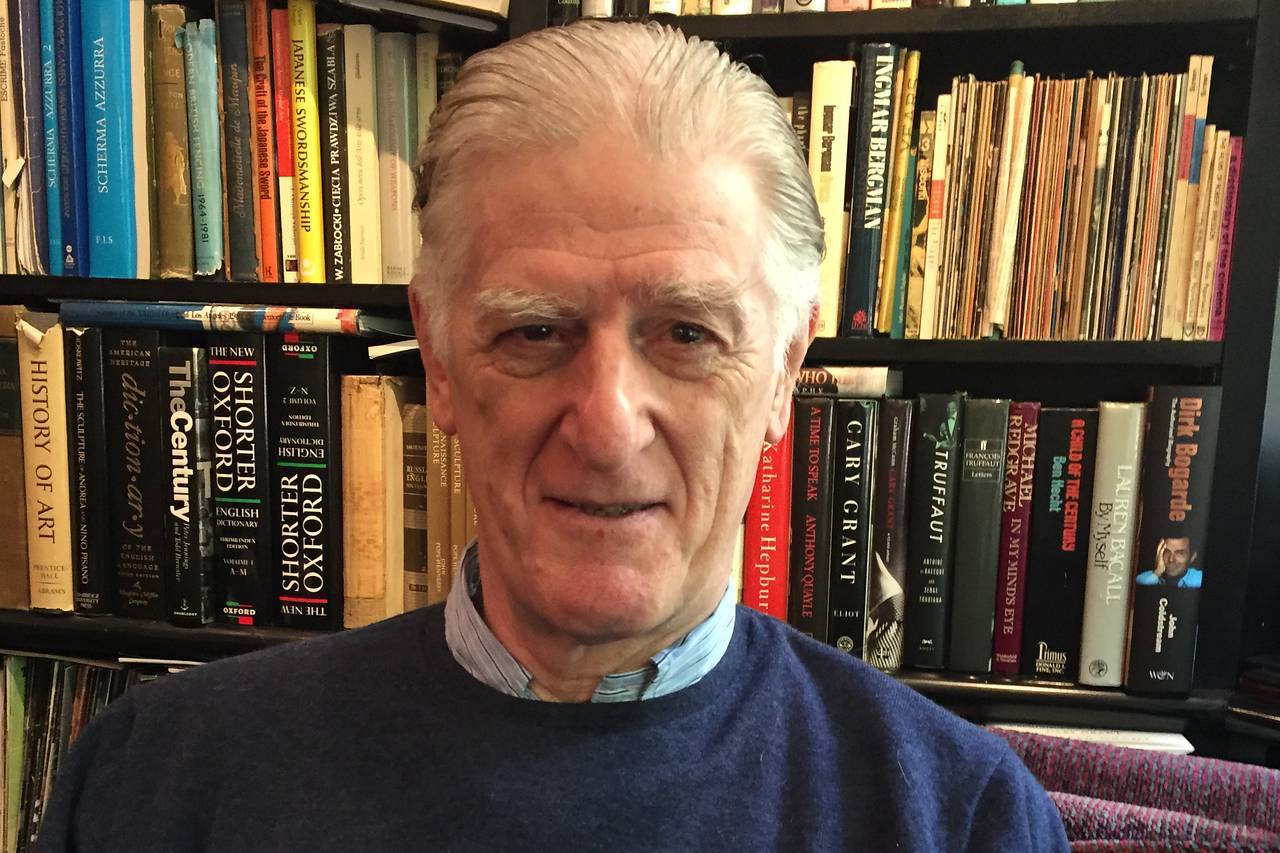 “The longing for the Bible to be historically true has only confused the discussion about how its books relate to the past. It doesn’t deal with what happened but what was thought, written, and transmitted within a particular tradition formed centuries later.”

A convincing argument he gives against aspects of the nativity story refers to the Roman census that reportedly forced Joseph and Mary to return to Bethlehem, arguing that it “is an obvious invention, since there was no such census at that time, and it would have been deeply impractical to order people back to be counted in cities that their families had vacated hundreds of years before”.

Luke, he suggests, used this story to place Jesus in David’s city to add significance to his account. The nativity story is a wonderful, magical, spiritual and a widely adored part of the tale of Jesus. But accurate, it ain’t.

Even less credible are the fictional legends of King Arthur and his knights of the round table. While one may wish that all this chivalry and adventure actually did happen, it certainly didn’t.  Myth mythstakenly became history.

The nativity story is a wonderful, magical, spiritual, and a widely adored part of the tale of Jesus. But accurate, it ain’t.

There is also an excellent section on Shakespeare, a dramatist who was not above tailoring his historical plays to appease the reigning monarchs.

This book on the history of storytellers does not focus entirely on European history, though it is quite sparse on the new world. It does, however, delve extensively into the evolution and importance of the US’s black historians.

Women historians and female writers of historical novels also feature, with an acknowledgment that there is great value in taking a rounded look at an era.

Not every fact in good historical fiction (as the definition suggests) may be 100% accurate, but there is immense value in getting a feel for an era, for how ordinary people lived their lives — and not just the kings, queens, generals and priests.

However, the identity of the chronicler can point to an agenda.

This was certainly true of Winston Churchill, who was a prodigious and much-lauded chronicler of history but who did also have a habit of playing down his own failings.

There has recently been a fierce battle about what we should think of Churchill, and of historical figures such as Cecil Rhodes whose undoubted achievements were often clouded by their vile thoughts and actions.

Racism, slavery, barbarity abound in history. But should they be allowed to totally eclipse the greatness of our greatest men and women? History provides context, even if it cannot excuse the inexcusable. It must not be erased, even if the statues are toppled.

With the recent emergence of woke culture and a desire to fit everything into the boxes chosen by those lefties who believe their views are paramount, it is no bad thing to look at all viewpoints, all aspects, all characteristics.

As the best historians do.

I was especially intrigued by Cohen’s discussion of the highly chronicled US civil war, and of the debate that rages to this day on the degree to which it was primarily about the abolition (or preservation) of slavery.

Coming right up to date, there is an exposé of Vladimir Putin’s (successful) measures to doctor the history that is today taught in Russia.

There is a big benefit from not just reading about history, then, but also from learning about those who record it — not always with freedom or the highest integrity.

Those of us who studied history in SA classrooms in the 1960s may not recognise much in today’s history textbooks. It is worth recognising this and understanding why it is so.

Meanwhile, we must be aware of the dangers of airbrushing out individuals and their thoughts and actions, however abhorrent and distressing they may appear to us now.

History books may often require a health warning, but Cohen has awakened a desire in me to read more and more of the stuff.

For which I am deeply grateful. 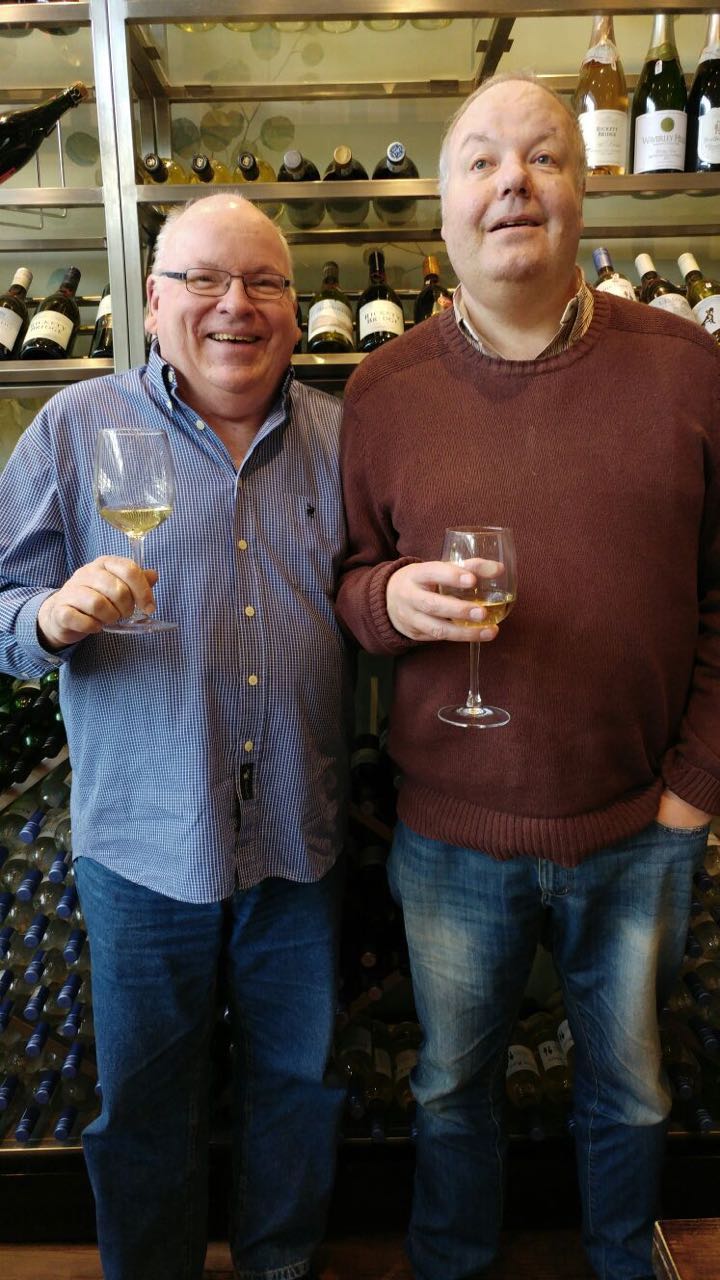 Me [left] with John Fraser, the reviewer