Jack and Charlie Stein, Wine, Dine & Stein – back for seconds… 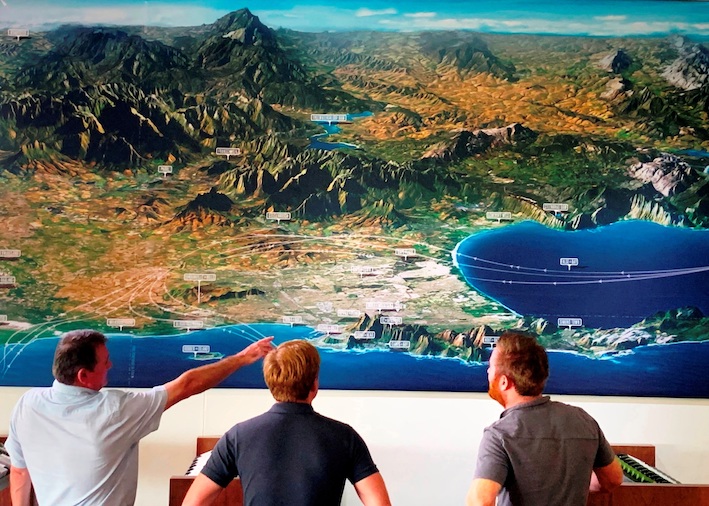 Jack and Charlie Stein with Martin Moore at Durbanville Hills

Wine, Dine & Stein – the 13-part food and wine series which was shown on People’s Weather (DStv 180) earlier this year – is set to be re-broadcast by the channel – due to overwhelming public demand – starting on Monday, October 12 at 18:30.

When not cooking and eating and sampling the wines at the various estates and farms, the brothers get to embark on a number of dares and challenges including paragliding, firing a cannon, zip lining, wheelbarrow racing, wakeboarding and much, much more. 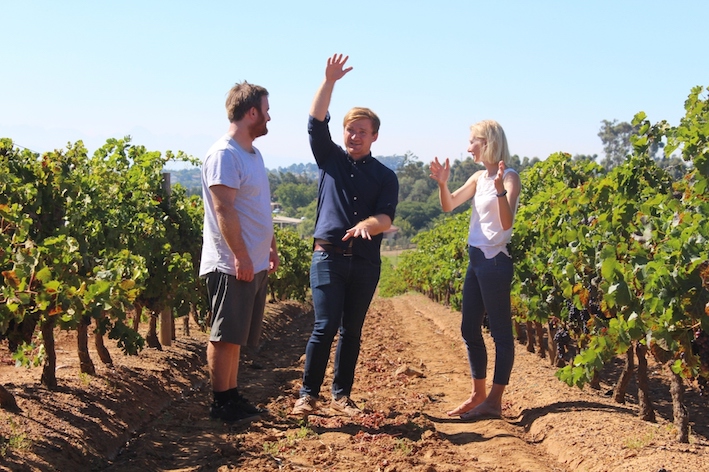 Jack & Charlie in the Canto Vineyards with Suzanne Coetzee

Like his father Rick, Jack Stein, is an accomplished chef and author and, apart from presenting a number of TV series, also manages his father’s many restaurants. Younger brother Charlie also works for the family business, tasting and selecting the wines for the Stein eateries.

Each 24-minute episode of Wine, Dine & Stein features one of the 12 wine farms in the Durbanville Wine Valley, with the final episode covering other activities of interest in the area including a (very quick) swim at Blouberg, a visit to Durbanville Distillery to see how rum is made, tobogganing at Cool Runnings and a final lunch at Giggling Gourmet Jenny Morris’ eatery, Yumcious to bid farewell to all the people they’ve met and the friends they’ve made along the way. 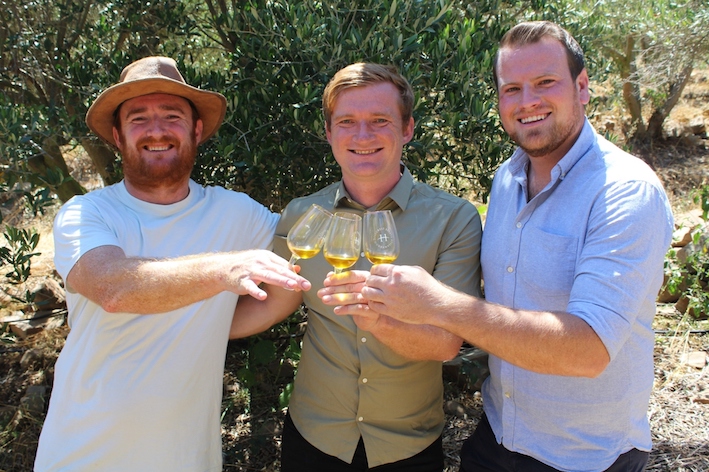 Says Jack Stein: “I had the most fun I’ve had in ages filming this series and I can’t say enough about the warmth, hospitality and generosity of the people we met, not to mention the amazing food we ate and the brilliant wines we drank. Cape Town is a stunning destination and, once we’re allowed to travel again, we’ll be back. There’s definitely a desire for a second and third series of Wine, Dine & Stein to be made.”

Adds Charlie: “What I loved most about filming the series was that each and every wine farm in the valley offers something different from the other. From the small, but utterly charming, Klein Roosboom, to a big estate like Durbanville Hills, which still manages to convey a feeling of family, there’s something for everyone, every taste and every palate.

“The Durbanville Wine Valley’s proximity to Cape Town and the beautiful beaches of Bloubergstrand is also a big plus.”

“Like Jack says, we’ll definitely be back to visit and to hopefully film another series.”

Says People’s Weather CEO Stephan Le Roux: “We have not only been inundated with calls to repeat the series by those who missed it the first time round, but we also wanted to show  the series again now that all the wine farms have reopened and South Africans can travel to the wineries and try the wines and the food for themselves.

“Wine, Dine & Stein is entertaining and informative and – best of all – set against the beautiful backdrop of the Durbanville Wine Valley, showcasing not only the Western Province but also South Africa in all its glory.”