Graham Viney – The Last Hurrah, South Africa and the Royal Tour of 1947… 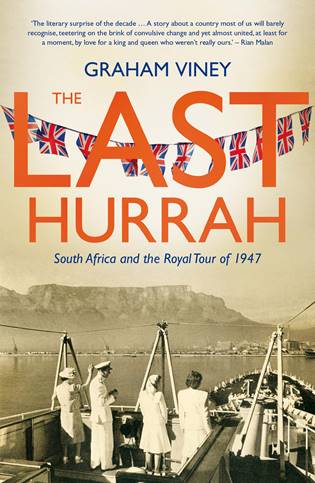 The Last Hurrah by Graham Viney

For those of us interested in the history of our country and its peoples, The Last Hurrah does more than plump out the years following World War II, with this beautifully presented story of a visit which took place at an important turning point in the history of South Africa. The end of an era of the legendary Jan Smuts and a start of the horrendous years of Nationalist Government which did our country so much harm.  It came towards the end of the life of King George VI, who died far too young at the ages of 56, five years after his visit here. It showed a close knit family, in particular the blossoming of a future queen.

I must declare an interest here. I have known Graham Viney slightly since 1970 and have been a great admirer of him as a designer creating the most beautiful interiors. I have a copy of his Colonial Houses of South Africa – a masterpiece of photography and writing, which I use as a reference at times.

Also, I am a devout Royalist. My mother went on a tour to England just before World War II and one of the highlights of the visit was being presented to and having tea with Queen Mary, Queen Elizabeth and the two princesses, Elizabeth and Margaret. I have a lovely photo of her in a deep curtsy shaking hands with Queen Elizabth. I remember on Coronation Day in June 1953 a group of my grandmother’s friends coming around to hear the most important part of the ceremony, the crowning of Queen Elizabeth II. They came in hats and gloves and my grandmother put on a tea which included the daintiest little penguin egg sandwiches and what she called her Thumb Biscuits, little shortbread biscuits with a thumb print on them which was filled with apricot or strawberry jam. They sat very honestly and earnestly listening to the service. Later, we were to see pictures in The Illustrated London News in the local library with its green baize  covered table and its low lighting. I also have memories of seeing the three queens in mourning dress when King George died. All in black with thick veils. 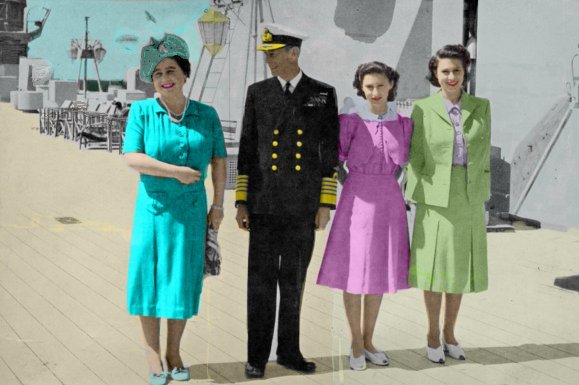 On board the HMS Vanguard

When I lived in London in the late 1960s, I had a friend who was the Governess to Prince Edward and taught a sprinkling of Royal Children in the schoolroom at the palace. She got me an invitation from the Lord Chamberlain to go into the forecourt of the palace for the Trooping of Colour. As the Queen emerged from the Palace she stopped at the gates for the National Anthem. I could have reached out and touched her.

I had met President Jim Fouché, and his wife Lettie, at Matjiesfontein where they spent a weekend. When they left, they told us they would be passing through on The White Train, gave us the date and invited us to tea on board. For me, it was a great experience, being on the train on which The King, George VI, Queen Elizabeth and the two princesses had spent so much time. And people that I knew well, like Major Piet van der Bijl, had been ministers in attendance on the family during the tour. We were taken on a quick tour to see the bathrooms, the dining car and the tight little galley kitchen. I often wonder what happed to this train which was specially manufactured in Britain for the visit. 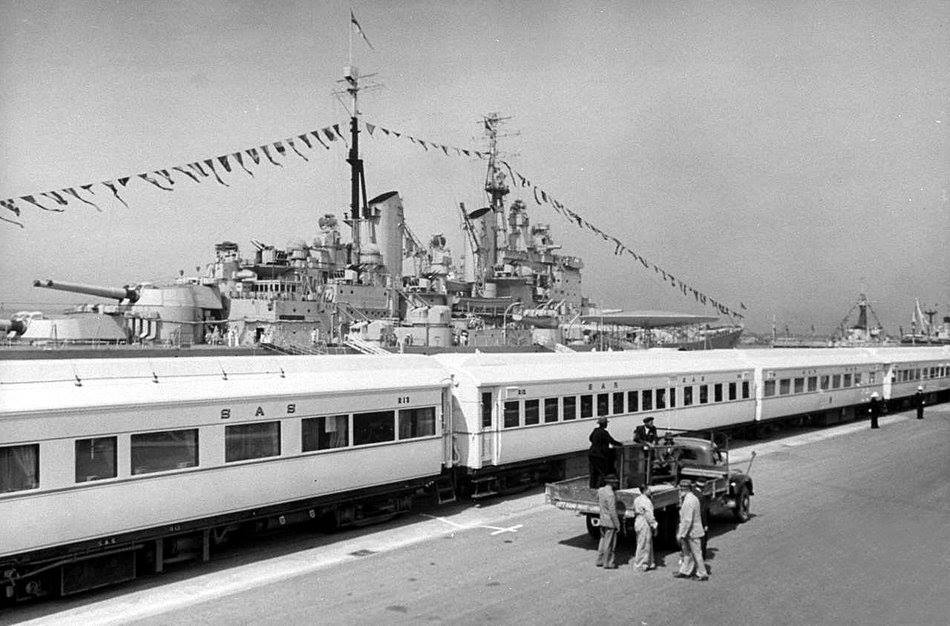 The White Train, HMS Vanguard in the harbour

So, when I saw that Graham Viney had written a book, The Last Hurrah, about the Royal Tour in 1947, I requested a review copy from Jonathan Ball, the publishers.

Well, I got much more than I bargained for. Not only a description of the tour, but a broad sweep of South African History from the Boer War, right through to the founding of the Republic and our exclusion from the Commonwealth in 1961. Many of the people of whom Graham has written were people we both knew towards the ends of their lives, The Piet van der Byls, The Harry Lawrences and the Newton Thompsons. Also, lovely little titbits about Jannie Hofmeyr – particularly his formidable mother. Allan Paton wrote a brilliant biography of Hofmeyr. Well worth reading if you can land a copy. The princesses with Alan Lascelles, Chief Private Secretary to The King

I was literally not able to put this book down  and use every spare moment to read it. To my own detriment, as I went into deep mourning when I had finished reading it.

The main theme, the tour itself is handsomely covered right down to the finest details, including things the royal party took home on The HMS Vanguard and my favourite two stories of the tour. The one was when The King asked of Nellie Watermeyer, wife of the Chief Justice, what Babootie [spelled thus on the menu] was, she replied “Leftovers, Sir.” The other was when  the Queen was told by a hostile oudstryder that he could never forgive what the British did to his people, she replied, “I quite understand, we feel exactly the same way in Scotland.” 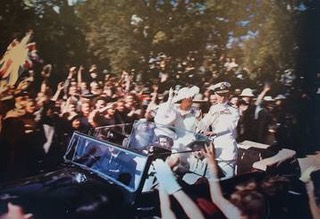 Cheers in arrival in Bloemfontein

The book is well illustrated with photographs in black and white and in colour. I felt it is such an important glimpse into our past, that it should have had a hard cover. I certainly hope that a copy has been presented to the Queen, the sole survivor of that tight, close and loving family.

Graham Viney, in my view, is a man of exceptional intelligence. The amount of reading and research he put in to this book, shows in his beautiful use of English. Articulate, humourous, interesting, question-answering and so eminently and easily readable. This is a book I will read again. Maybe in parts as each chapter is really a story on its own. It is written with a view of the times, rather than applying modern thinking to a very different era – I liked that. This is certainly my book of the year. I would suggest that this would make a great Christmas Stocking stuffer for those who were around at the time or are interested in South African history. It’s a damn good read.