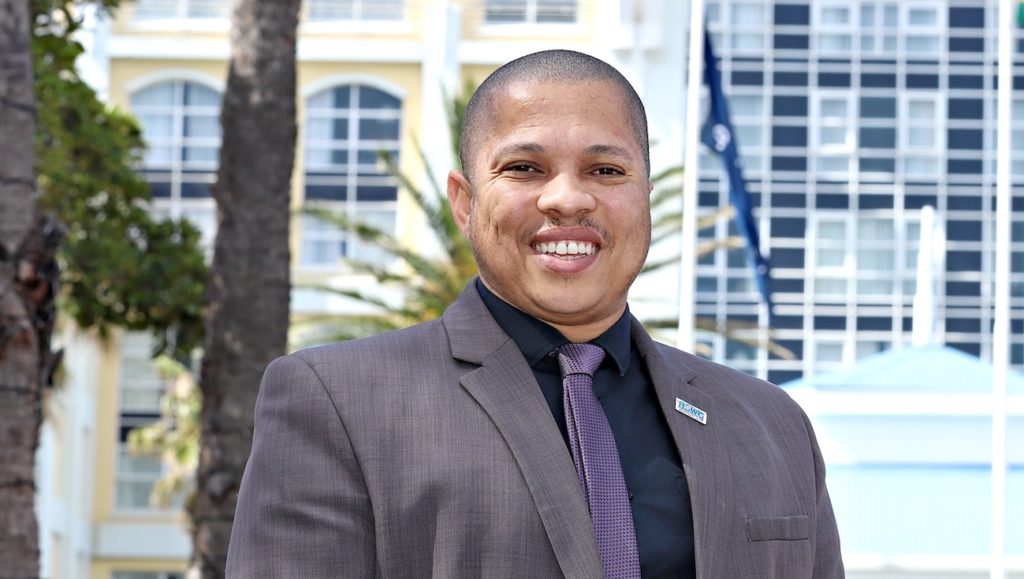 From car guard in a parking lot to newly appointed security manager of Sun International’s five star Table Bay Hotel set on the historic Victoria & Alfred Waterfront, with Table Mountain and the ocean to make for the most beautiful backdrops every day.

Deonatius Abrahams, born and raised in Welkom and Port Elizabeth, is proof that hard work and passion pay off.  This dynamic Security Manager tells that it all started at the age of 19 years when he worked for Grey Security Services (now known as G4S) in 2003 in Port Elizabeth, two years after he matriculated. “I was posted as a car guard at the Harbour of Port Elizabeth in the cold winter month of June 2003.”

He tells that he has had a passion for security for as long as he can remember.  Whilst security work is ususally just a means of income and a rather easy job to secure for some, it is something Deonatius is extremely serious and passionate about. “The passion I have for security was and always will be my motivational engine which keeps me moving forward,” he says. “I also thoroughly enjoy working with high profile guests.”

In 2005, Deonatius resigned as security officer at Grey to further his studies in business management in 2006. In 2007, however, he had to quit his studies in order to earn a living and provide for his daughter.

Things have not stopped looking up for this dedicated, passion-driven security guru since.  In 2008 he received a better offer as assistant security manager for a private firm in Port Elizabeth and was promoted to area manager after eight months to manage the Eastern Cape branch of the firm with a staff compliment of 100 security officers.

To quench his insatiable hunger for security work, Deonatius worked as a freelance protection officer for a company for six years, resulting in the company that he worked for so tireslessly sending him to Mumbai, India as a health and safety consultant at the Bollywood Star Screen Awards in December 2016.

Shortly before stepping into the hospitality industry, Deonatius served as guardian supervisor at ADT and then moved on to being appointed firstly as safety officer at the Radisson Blu Hotel in Port Elizabeth. A year later he was promoted to safety and security manager of the same hotel and was given the wonderful opportunity to upgrade his skills in several short courses.

“My highlight, however, was attending a Global Hotel Security Seminar in Abu Dhabi for the Hotel Security Working Group where I learnt a whole lot more about the hospitality security. Today I am living out my passion in this wonderful five star hotel in Cape Town and enjoying every moment.”

When asked what he enjoys most about his job, Deonatius says that the fact that he deals with different incidents on a daily basis and the fact that they are seldom the same allows him to gain more wisdom and he enjoys this aspect a lot.  Has it always been smooth sailing for this driven individual?  Not at all.  In 2007 he was involved in a bad car accident and considered giving up his security career.  “But by the help of God and because of my passion to grow and learn more, I managed to pull through and am still growing gracefully in my career.”

Enough determination to last a lifetime, several short courses including first aid, basic fire fighting, labour law in the workplace, conflict management and several others and a lot of hard work and passion later, Deonatius now manages a hardworking security management team which consist of a site manager and three shift managers. “I enjoy working with them – our team spirit is amazing.”

In five years, Deonatius says that he dreams of being a cluster security manager/group manager over several properties for the Sun International group. “Discover what you love and you will never have to work another day in your life,” he encourages young people to do. “Be humble enough to start with any job because humility and eagerness are the keys to grow in a career.”

This husband of a beautiful wife & father of “a pretty teenage daughter and two small boys says, “It’s vitally important to always have a positive mentality in order to manage demands on my career because a positive mind attracts positive outcomes.”

Information from The Mail Room PR