The irrepressible Jenny Morris – aka the Gigging Gourmet – has teamed up with comedian and entertainer Mel Jones for Cooking Confidential, an online evening show of cooking, bawdy laughs and saucy secrets.

The hour-long special, scheduled to take place this Saturday – September 19 at 19h00 – is definitely going to be one for the adults only and is therefore not recommended for those under 18 years of age.

Says Morris: “Mel and I are going to have lots of naughty fun in the kitchen. I’ll be sharing cooking tips and she’ll be sharing secrets. The show will be unscripted so anything can happen and probably will – which is why we thought it better have an 18-age restriction!”

Everyone’s favourite chef, Morris has appeared in a number of her own popular TV series and published six cookery books. She has her own successful restaurant, Yumcious, which is situated in Cape Town’s Cape Quarter, runs her own cooking school, hosts corporate cooking courses and events and has weekly slots on Heart FM and Expresso. 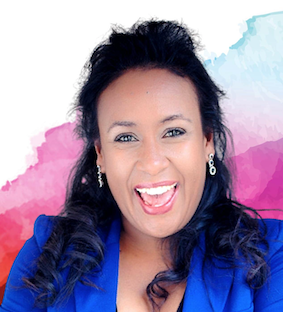 Her partner in crime, in this instance, is Mel Jones, who was born and raised in Cape Town and is a proud resident of Mitchell’s Plain. Jones is an award-nominated producer and an energetic MC and entertainer. She can also be heard on radio as co-presenter of a popular morning show and has appeared on SABC3′s Comedy Showcase, The Phat Joe Show, The King Size Comedy Tour, The Blacks Only Comedy Show, Mind The Gap, The Heavyweight Comedy Jam, Kings & Queens of Comedy, the critically acclaimed comedy and sketch show Bitches and The Vodacom Funny Festival (where she was the very first female host).

Together, Morris and Jones promise 60 minutes of adult humour and delicious secrets with a dash of cooking thrown in for good measure.