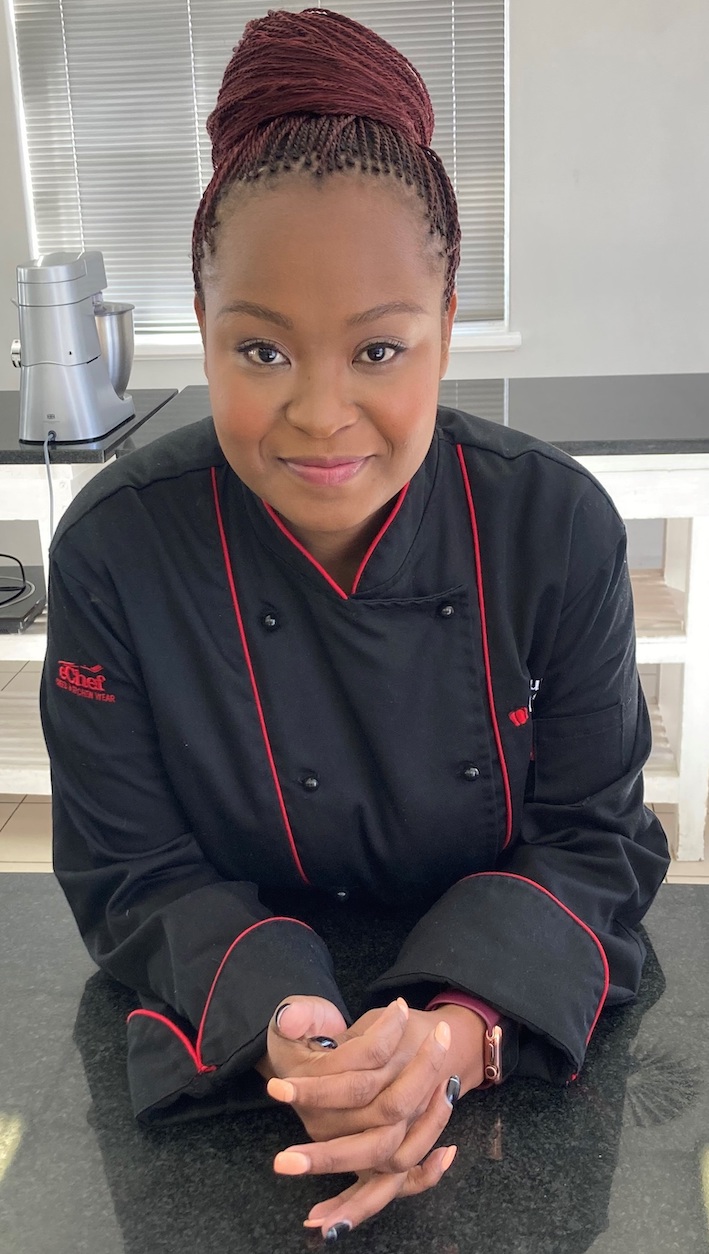 When Rene Maseko was younger, she always thought that when she grew up she would be a policewoman because her family has a military background. As she got a little older she decided she wanted to be a lawyer. But, by the time she reached Grade 11, she realised that her true passion was with food and her dream was realised when she was appointed as a chef lecturer at Capsicum Culinary Studio’s Rosebank campus.

Recalls the 26-year-old Maseko, who resides in Sunninghill, Johannesburg: “I started cooking when I was about seven-years-old. My grandmother would always call me to stand next to her when she made dinner every night, and when she would bake for events, she would always have me there with her, talking me through everything she was making.

“When I was about 16 I remember my grandmother making two dishes – one she called ‘summer chicken meal’ and the other was a marshmallow tart. They were both revelatory and omething inside me just clicked and I realised I was head-over-heels in love with food and the preparation thereof. Every chance I got I would experiment with different recipes and my family loved it. Cooking shows became must-watch-TV in our household and after a while I, together with my parents, decided that cheffing was what I was most passionate about and what I wanted to do with my life.

“After graduating from culinary school in 2017 I was very fortunate to receive an offer to work in the United States for a year as an intern at Sunset Keys Cottages in Key West in Miami, Florida. I had never been anywhere outside South Africa before, so it was a real eye-opening experience for me, and I loved every minute of it. So much so that after my year was up and returned to South Africa, applied for an H2B visa, and returned to the US, travelling back and forth between Key West and Maine, working as a Chef de Partie, for almost three years.”

In September 2021, Maseko was involved in a major accident and hospitalised for six months after which time she returned to South Africa and took up a post as a pastry lecturer at Capsicum where she imparts her knowledge and experience to eager students.

“I would like to believe my time overseas has not only benefited me enormously in many ways but also inspires my students to follow their dreams,” says Maseko.

“I think curiosity is what makes a student stand out. A yearning for knowledge and a huge interest in what they’re doing. Anyone can cook but not everyone has the passion and drive. My dad always told us growing up that it doesn’t matter what you do just be the best at it and do it with pride and confidence. He said shoot for the stars not the moon so that when you fall, you fall high. I’ve carried that my whole life in everything I do. I am my only competition and I tell all my students that the only person they need to impress, and out-do is themselves.”