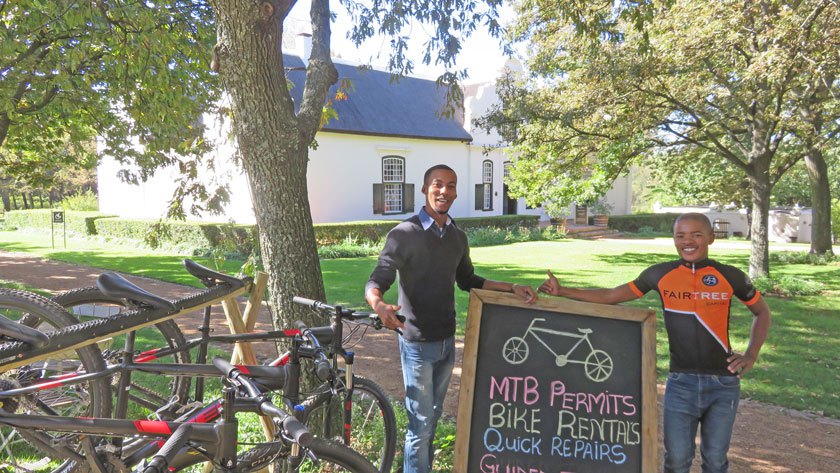 Elrico Pietersen & Sonny of Bikes at Boschendal.  Elrico is the entrepreneur & Sonny is a bike mechanic/tour guide who has done the Cape Epic and rides for South Africa in MTB cycling

Elrico Pietersen was born in Pniel on the slopes of the Simonsberg and went to Pniel Primary School and then Kylemore High School, a few kilometres up the road.  “I wasn’t one of the lucky ones to go away to school — my mother is a baker with two children,” he says.

Elrico ran two businesses while he was in high school, both game shops which sold other necessities in “The Scheme”, the part of Pniel where he lived. “Game shops?” I asked.  They offered video games for kids with little else to do.  Elrico started identifying opportunities early on. 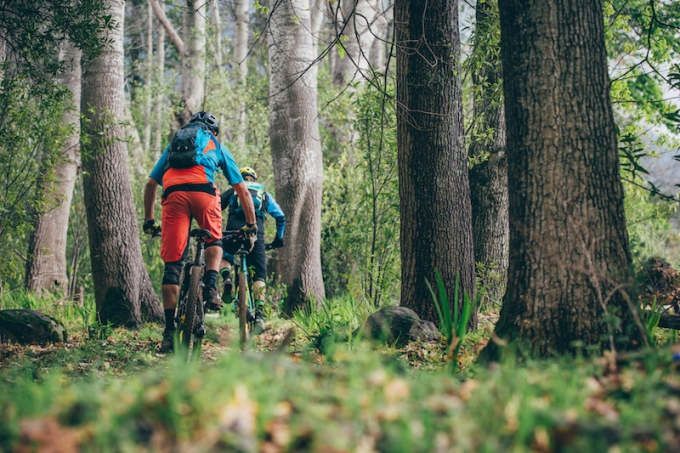 Biking through the forests at Boschendal

In 2008, Kylemore High sent him to Winter School at the University of Stellenbosch, a six-month development programme, where he learned to write business plans.

In 2010, the year he matriculated, after thinking of ways to make money so he could go to college, he started YCL — a money-lending business.  It was successful and spread to neighbouring villages and across the farms.  Then, as soon as he discovered it was illegal, he shut it down, and lay low.

But that did give him the means to go to Boston College where he tackled Project Management and Business Studies.

At that stage, he was still an introvert … until he got a job at Boschendal in 2011 as a waiter at Le Picnique.  “It was there that I learned to speak properly and engage with people,” he says.  That was followed by permanent employment as a front of house manager in the restaurant and he ended up working in two departments. 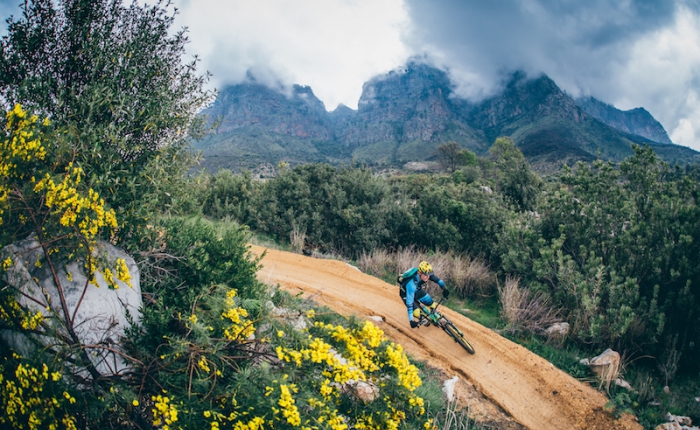 Mountain path, Simonsberg in the background

He had a call from Vodacom offering him a job in customer service and their call centre, which he considered seriously but turned it down to stay at Boschendal.

“Laying low” is a term Elrico used twice, and what I think he really means is he regroups and takes stock of things… a very useful attribute.  During this time, he prepared a business plan for his mother’s baking business which supplies Stellenbosch Municipality for their functions.

When Rob Lundie arrived at Boschendal as CEO, Elrico started working at La Rhone helping Sam Lundie when picnics were introduced there.  Rob sold Elrico his first bicycle two years ago and that led to where he is today, starting a new business with Boschendal’s help.  He saw the gap in the market after a guest inquired about hiring bikes, and he hired out his own and a friend’s bike.

He offers bike rentals, repairs, guide tours, MTB permits and takeaway coffee, and the business employs a total of three people.  In the winter months, they will start offering MTB clinics teaching newcomers to the sport. 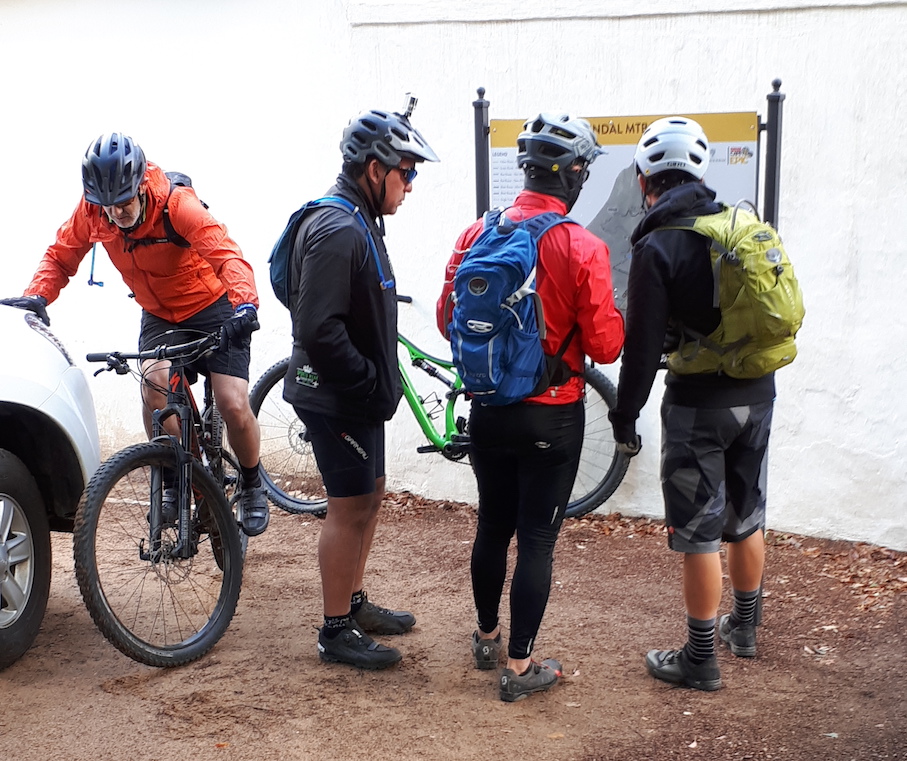 Studying the maps before the ride

A German journalist visited them recently and after a stay in the Winelands, proclaimed them to be the only business of their kind on a wine farm. That story will be appearing in German media soon, which is great for tourism locally.

More importantly, Rob is delighted at how well the business is doing.  “We are ahead of our business plan,” says Elrico.

Published with the kind permission of http://capeinfo.com