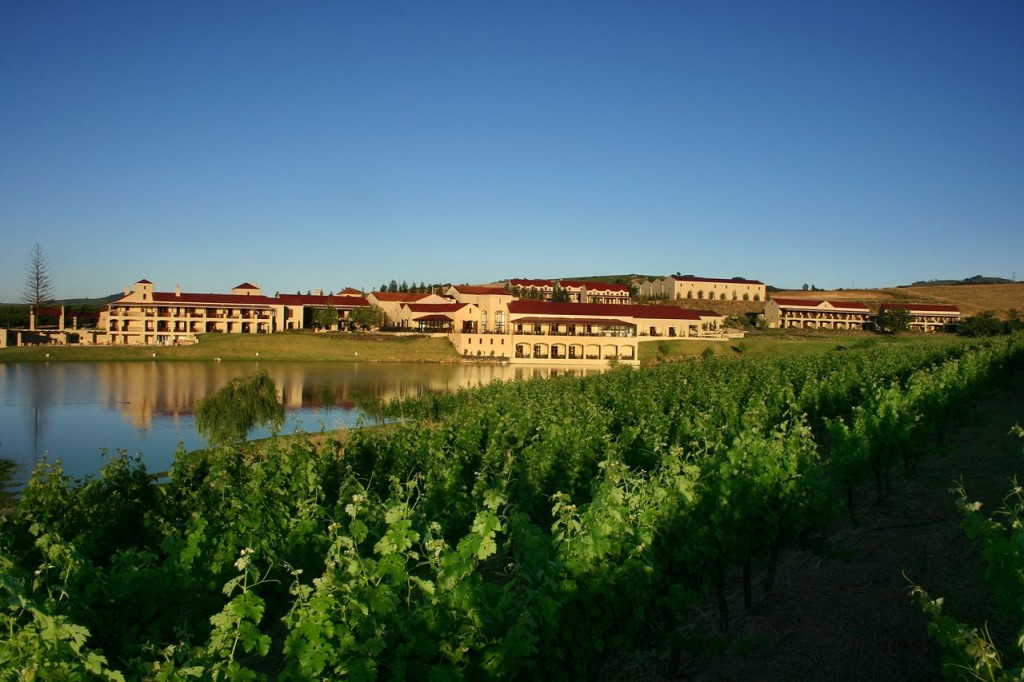 The Asara Hotel over the vineyards

The History
The original grant of the land on which the Asara Wine Estate and Hotel now stands is dated 1691.  In the  20th century, the main part of Asara was part of a well known Estate in the Stellenbosch Wine appellation called Verdun, named after the famous World War 1 battle.  I knew the Roux Family who owned the Estate.  The first Platter Guide talk of Kosie Roux’s Gamay as being  a more rustic and full bodied wine than Beaujolais Nouveau.  Today still, a Nouveau is made on the Estate.

The estate was acquired in 2001 by Markus and Christiane Rahmann, who have since added adjoining pieces of land to the estate.   Asara, is tucked away from view on the main road to Stellenbosch, a mere 25 minutes drive from Cape town International Airport.  A premier Wine Estate and Hotel, Asara is named to represent the harmony between the spirits Astar, Asis and Asase – the Earth, the Sun and the Sky gods. 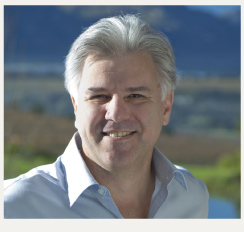 The plan from the beginning was to provide quality hospitality and sublime wines for the discerning traveller.  Under the guiding hand of Pete Gottgens, a well known South African in the hospitality industry and former owner of the iconic Springbok Café in London, both the hotel and the wines of the Estate make a major contribution to the hospitality and wine industries of the Cape. 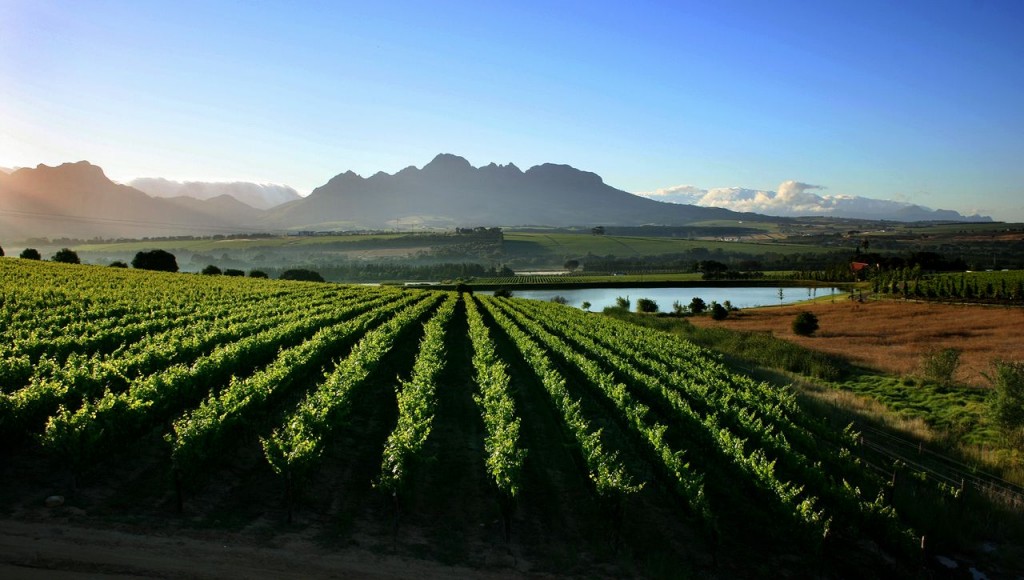 The Wine Estate
Of the 180ha farm, approximately 102ha is planted to wine grapes.  The remaining land is utilized by the magnificent hotel, its vegetable gardens and fynbos, the indigenous Cape vegetation in which many flora and fauna live and are protected.

The winery on Asara is situated in the old Manor House where, in contrast to its history and architectural heritage, a cutting edge winery is found.  Modern state of the art equipment, open French oak fermenters and barrels for maturation create an exciting range of wine well received by wine writers and the public and exported to many countries in Europe and Asia. 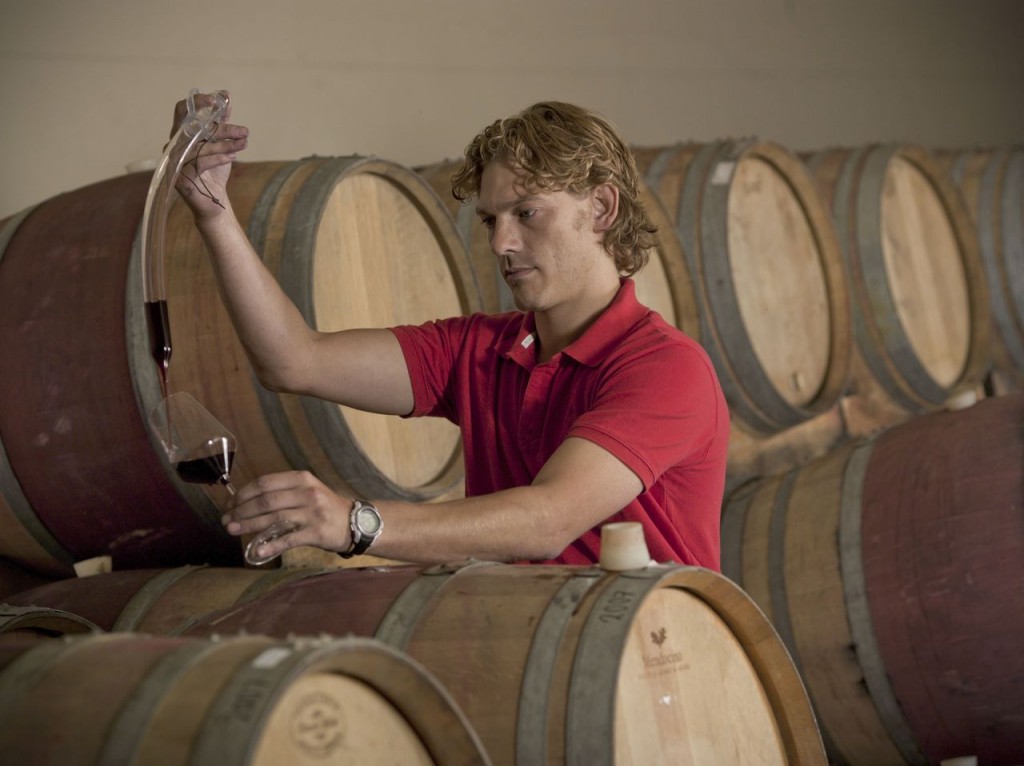 Francois Joubert has been winemaker there since 2009, 2010 being his first vintage on the Estate.  I remember enjoying so much one of the earliest wines from Asara, The Bell Tower Estate Wine, which is today a Malbec led blend of the ‘famous five’ of Bordeaux, Cabernet Sauvignon, Cabernet Franc, Merlot, and Petit Verdot.

Today, there are three wines in the Bell Tower Range, all painted red in Platter’s South African Wines 2013.

There are some innovative and yummy contemporary wines like The White Cab, a white wine made from Cabernet Sauvignon, with a white London Cab on the label.  My other favourites are the Chardonnay Unwooded and the Carillon, a Noble Late Harvest Wine.

Wine Tasting
For visitors to the Estate, who may want to decide on a wine to go with lunch in one of the Estate’s restaurants, or indeed to lad a case or two into the boot of the car, wine tastings are held in The Tasting Centre overlooking the Chandelier-lit Barrel Cellar, a perfect setting where guests taste Asara’s award-winning wines at leisure.  Professional tastings in the Vinoteque are offered when a prior arrangement is made.

All wines purchased from the cellar can be delivered nationwide.  Guests from abroad, use Asara’s agents to ensure that your purchase lands on their doorsteps.

The Asara Hotel
Set in its own vineyards, in one of the most beautiful settings in the country, the magnificence of the rolling Stellenbosch Winelands, the Asara Hotel is on the banks of a tranquil tract of water which adds so much to the calm relaxing atmosphere.  Rated 5 stars, this is a place to relax in comfort.

The buildings are African in feel, the world class service is offered by a well trained and utterly charming staff.  Asara has 37 bedrooms spread out over 3 buildings. 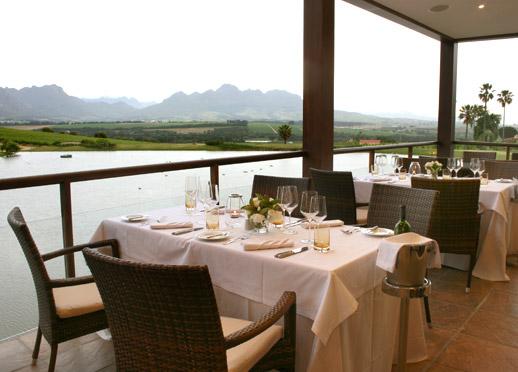 Raphael’s – on the verandah

The restaurants, Raphael’s and Sansibar – Whisky & Cigar Lounge and The Deli are there to entertain and enchant the visitor.   Raphael’s food is unpretentious, flavour driven, locally sourced and sustainable, and always representing the season. 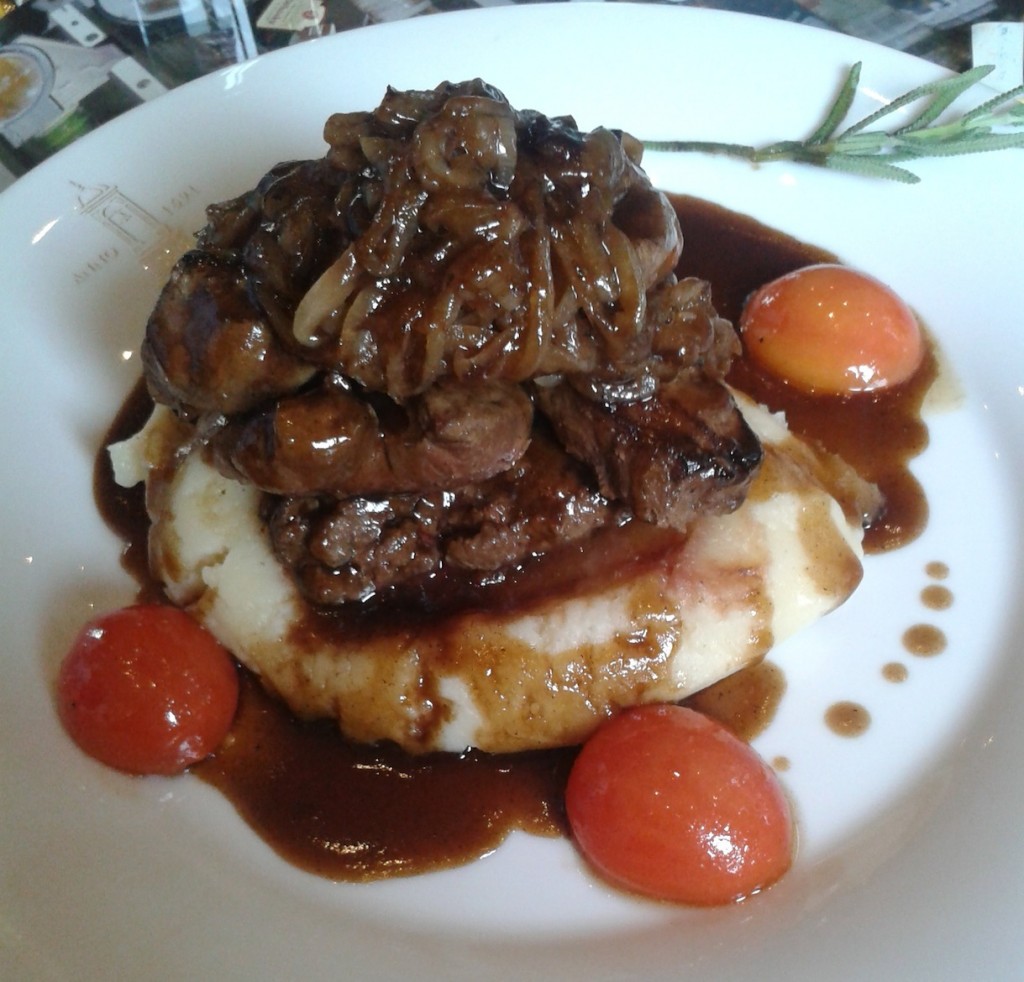 My plate of Liver & Onions
at Sansibar

Sansibar, Africa’s Whisky & Cigar Lounge has such a lovely atmosphere.  I sat there recently for about two hours over lunch, with a delicious plate of liver and onions – just great bar food.  A fire was going in the hob and with the generous furnishing fabrics and casual relaxed ambience  we were offered a large selection of single malt whiskies and gins, and a selection of fine cigars.  One on Sunday a month, Sansibar offers a tutored Whisky Tasting from 12h00 to 16h00.  Call the hotel for more information or email events@asara.co.za 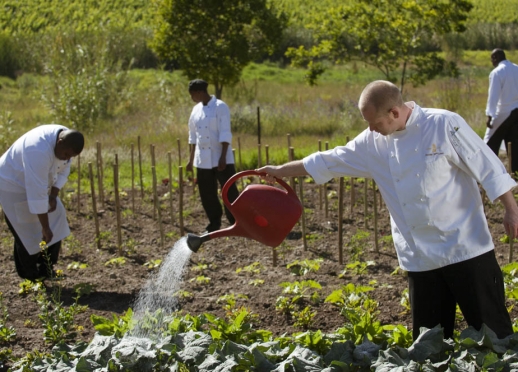 Many of the vegetables and salads are grown on the estate by Rudi, the resident horticulturist.

Conference and function facilities are available for corporate or private use, weddings and other occasions. 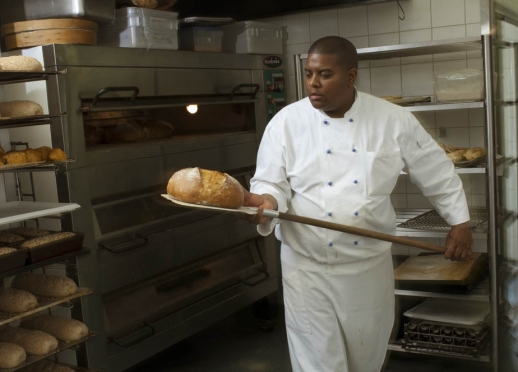 Bread, fresh out of the oven

The Asara Deli is well worth a visit for a quick snack in quiet and comfort.  Locally sourced foods, many made in the hotel and artisanal breads are available for purchase.

You could happily spend a day here – and leave relaxed and invigorated.