The Restaurant at The Nek by Dylan Laity Is now open… 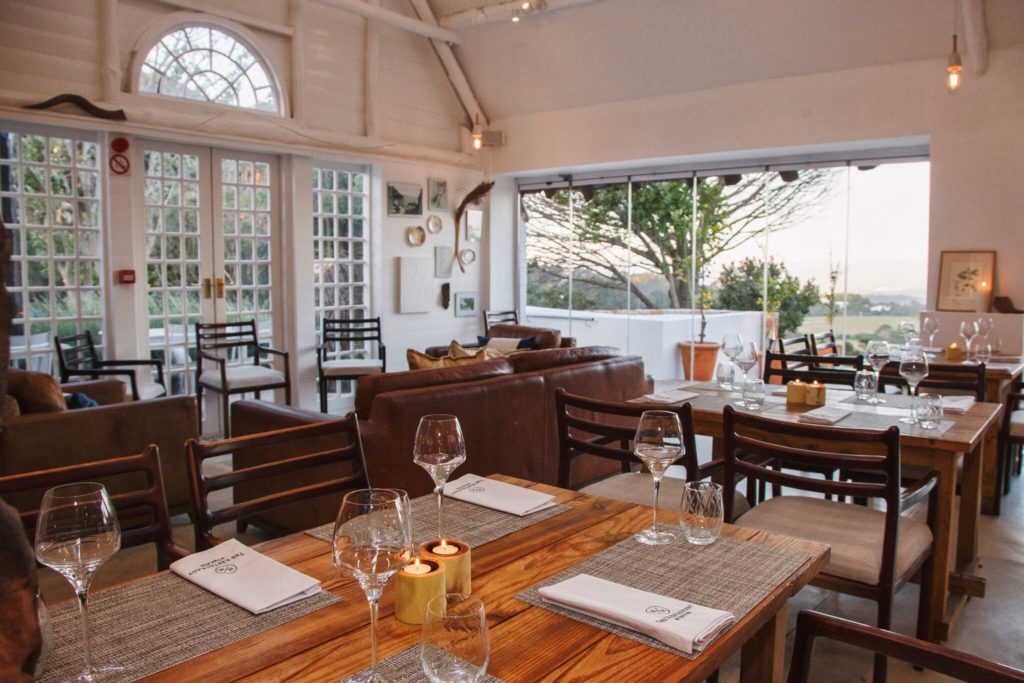 The Restaurant at The Nek By Dylan Laity Is now open…

Since the historic Constantia Nek restaurant was given its major facelift two years ago by the Harbour House Group it has become a buzzing social and dining destination for locals and visitors alike. The latest dynamic development for the picturesque setting is a fine dining experience; The Restaurant @ The Nek by  local talent Dylan Laity. 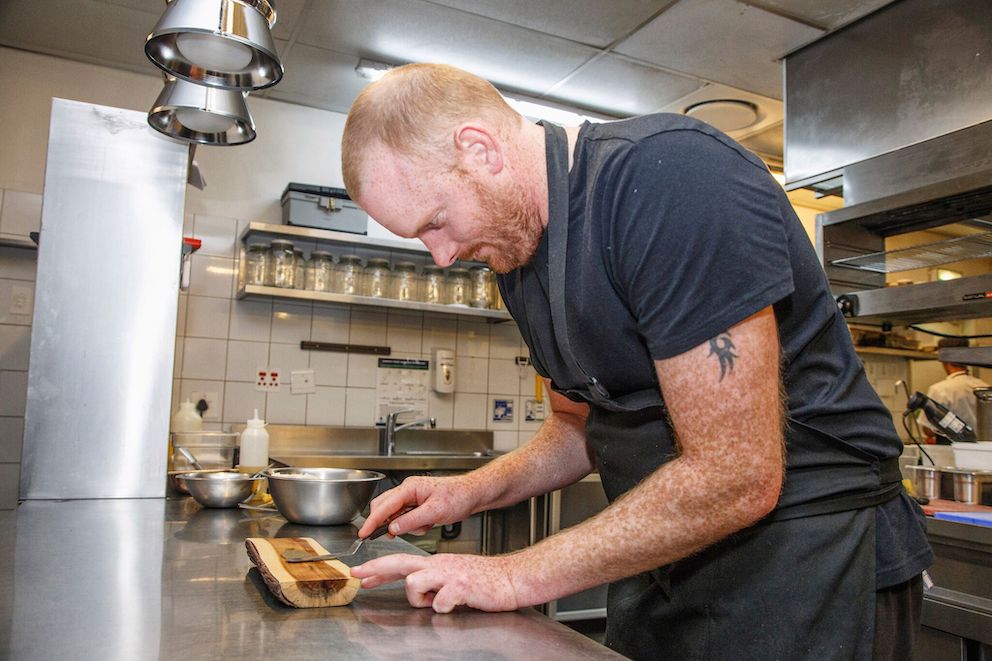 Dylan has been awarded consecutive Top 21 Restaurants and One Plate Awards in the prestigious JHP Gourmet Guide for 2017 and 2018. Prior to his term at this Cape Town fine dining stalwart, Dylan honed his skills at Aubergine, one of the city’s most consistently excellent fine dining eateries. He also cites his years spent in Michelin Star restaurant in London as some of his most formative and certainly where his journey to crafting the best seasonal produce into superb edible art was set.

The new eatery is dressed in a palette of moody hues teamed with wood and natural stone and a careful selection of lean lined Scandi-influenced furniture. The magnificent view of the Constantia Valley remains a central focus of the style-centric space and coupled with chef Dylan’s modern South African menu and a solid local wine list, looks set to impress all who dine here.

“We’re serving modern South African cuisine with definite influences from my travels abroad. There’s a good mix of seafood, vegetarian, vegan and meat courses and I’m determined to use only the best and most seasonal produce I can source”, Dylan says. 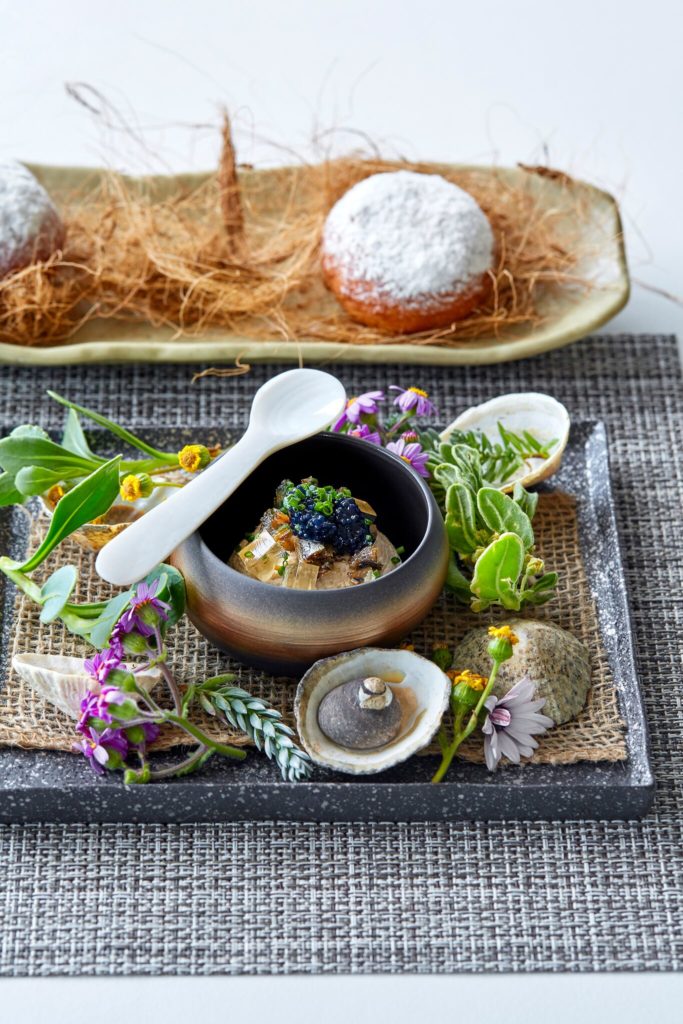 Diners can expect bold flavour marriages but always a grounded approach to cuisine and often some interesting South African twists – some of the signatures that have already made it onto the launch menu include the likes of Mozambique Langoustines with amasi, kimchi and smoked trout roe and Rare Karan Beef Sirloin seasoned with Rooikrans Coal Oil and fermented chillies. “My cooking style is very natural, seasonal and ingredient driven. I like to use modern techniques and plating styles but never let that be the focus of the dish, it’s all about the flavour and product quality”, explains Dylan.

Dylan’s humble demeanour belies a serious commitment to excellence and pushing boundaries in his repertoire. His new role as a kingpin and fine dining expert is an exciting move for the Harbour House Group and certainly one that will be welcomed by the city’s community of committed foodies.

Likewise, with Cape Town on the global map as one of the most exciting culinary destinations out there, The Restaurant @ The Nek looks set to become an essential must do on any visiting diner’s list – and Dylan and the team are ready and waiting to make a lasting impression. 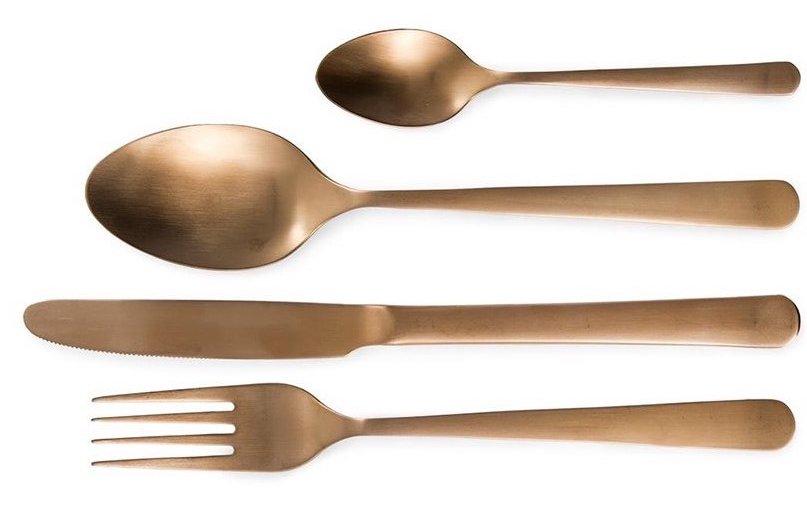