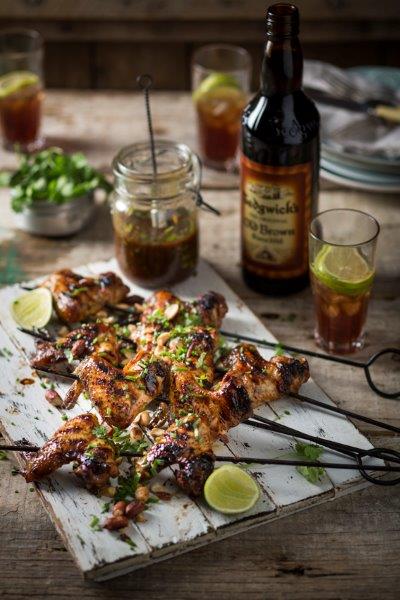 No one wants to be in the kitchen for hours before your guests arrive. Sedgwick’s Original Old Brown has the perfect solution: an easy-to-prepare sticky chicken-wing recipe a.k.a. “Sedgwings” It can be a simple snack to nibble on, or served as a big meal when you can dish up your wings with French fries, or go for healthier options like a garden salad, fresh vegetables or even coleslaw.

The full-bodied, dark and rich taste of Sedgwick’s has secured it a special place with South Africans since its launch in 1916 making it the first “old brown” to be produced in South Africa. Affectionately known as “Obies”, it is still made according to the original recipe thereby retaining its slightly sweet taste and distinctive nutty-brown colour

Combine all the ingredients except the chicken in a medium-sized bowl.
Add the chicken wings and leave them to marinate for 10 minutes.
Preheat the oven to 180°C. Line a baking tray with baking paper. Shake off the excess marinade and place the wings on the baking tray. Keep the marinade. Bake for 40 to 50 minutes until golden brown and sticky, baste twice in between with the marinade.