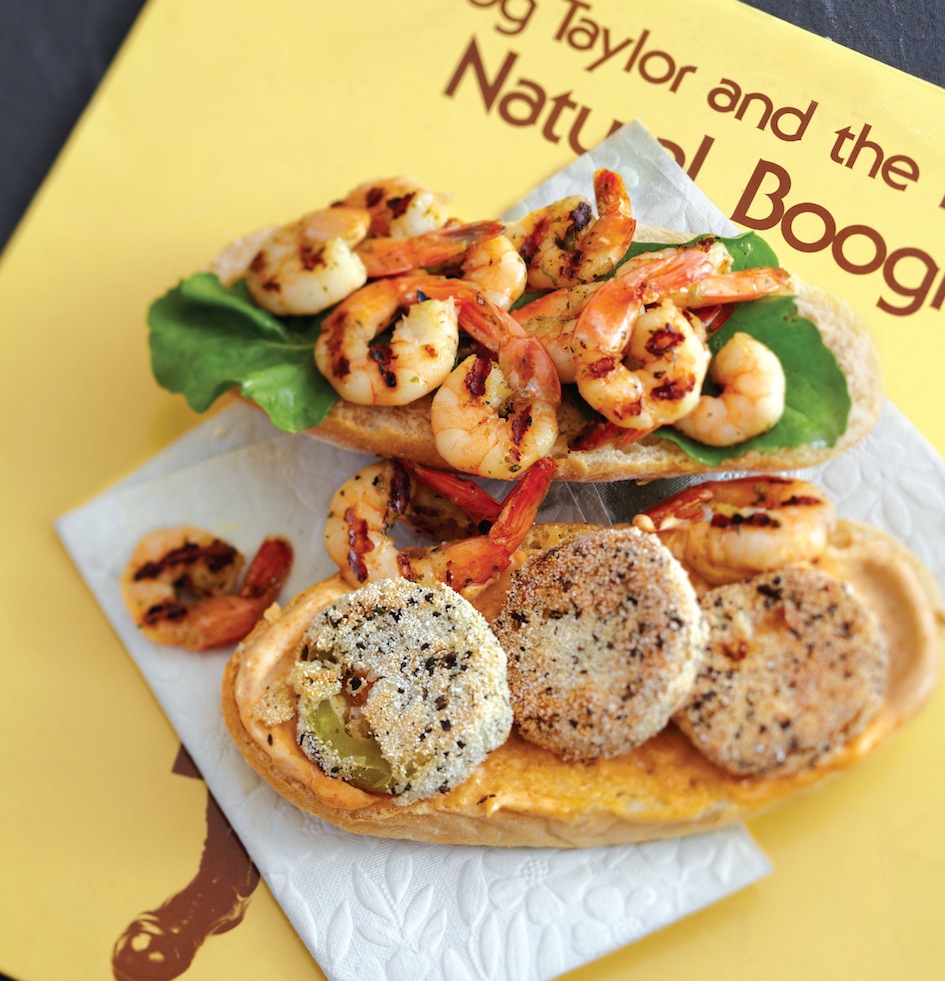 Callie says
No one forgets their first po-boy. More so if, like me, you are a sandwich fanatic and a prawn lover. My first one was in Charleston, South Carolina, and while a mere filly compared to the racehorse below, it was still fantastic. Traditionally the shrimps/prawns are battered and it is served with slices of fresh tomato. I make mine with grilled prawns and fried green tomatoes. The other bits, like crackly on the outside, soft in the middle bread, a spicy rémoulade and the use of Cajun spices, firmly remain.

Add the prawns, Cajun spice and olive oil to a sealable plastic bag. Shake and refrigerate to marinate for at least 30 minutes. (While the prawns are in the fridge, fry the green tomatoes.)

Remove the prawns from the refrigerator and fry in a griddle pan until pink, firm and cooked. Squeeze the lemon juice over the prawns. Remove and toss the prawns in horseradish and parsley to coat.

Mix together all the ingredients. Set aside.

Cut the tomatoes into thick slices. Set aside.

Press the tomatoes, both sides, into the flour. Shake off any excess flour. next, dip the tomatoes into the egg wash, and then push into the cornmeal mixture to cover.

Fry in hot oil until golden brown on both sides. drain on a paper towel and season. Set aside.

To assemble the sandwich
4–6 crispy bread rolls
Slice the rolls in half and spread a good amount of rémoulade on both sides. Arrange fried green tomato slices on one side and grilled prawns on the other. 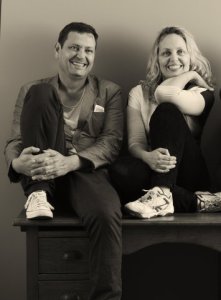 Sister and brother food-styling team Mari-Louis Guy and Callie Maritz are freelance food-stylists and the authors of 5 cookbooks.

Cakes to Celebrate Love and Life published in 2009 by Struik Lifestyle is currently in 5th print. It won a World Gourmand Cook Book Award for the Best Dessert Book South Africa. Struik Lifestyle also published Cakebread Pudding & Pie in 2011. This successful book was repackaged for the Australasian market as Sugar& Spice. Love & Food, published in 2010 was written and styled on commission for Food Lover`s Market. Make Give Sell was published in 2012 by Human&Rousseau and this was followed in 2013 by Cooking for Crowds whicha also won a World Gourmand Cook Book Award for the Best Entertainment Book South Africa. After long stints in yachting and the hospitality industry worldwide, both siblings returned to South Africa in 2007 to join forces, both in food-styling and in baking for large events and weddings. Their work spans magazines, advertising, lots and lots of retail work, in-store billboards and videos, web videos and television commercials. To date they have completed work on more than 200 TV commercials for local and foreign clients. They develop recipes across the spectrum, write food and beer articles and do restaurant reviews for fun. Mari-Louis will be a judge and presenter on the exciting new baking program Koekedoor developed by Homebrew Films for Kyknet.  CLICK HERE to go to their Facebook Page.