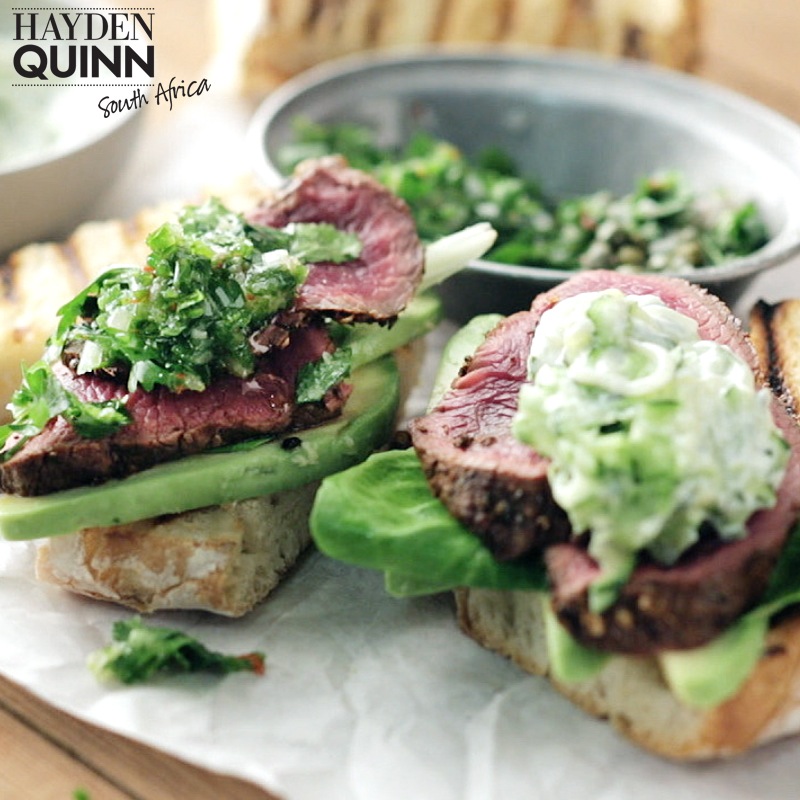 In his current series, Hayden Quinn South Africa, Hayden prepared a Ostrich Steak Sandwich in a most beautiful setting in Oudtshoorn.  Holder of a degree in Marine Biology, Hayden is a huge supporter of sustainability, which of course Ostrich is.

Hayden Quinn South Africa is broadcast Monday nights on SABC 3 at 21:30.  Next week he visits the Northern Cape.

Combine all the ingredients

Roughly chop the coriander and parsley and combine with the remaining ingredients.

Brush olive oil on thick slices of Ciabatta. Lightly toast in a dry griddle pan. Set aside
Coat the ostrich fillet with olive oil and then an even layer of the spice rub. Grill on a hot griddle pan until medium doneness or to your liking. Allow the meat to rest for 5 minute before cutting thick slices.
Assemble the steak sandwich starting with a layer of avocado slices, followed by the butter lettuce leaves, thick ostrich steak slices and finishing with a choice of tzatziki or Chimichurri. 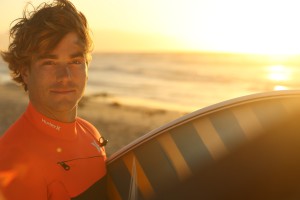 There can be few South Africans who love food and watch TV who don’t know of Hayden Quinn. Hayden Quinn became a household name in 2011 as a contestant in Series 3 of MasterChef Australia. For three months, MasterChef watchers were introduced to the diverse talents and the loveable nature of the Aussie surfer. He reminds me so much of my son’s friends. Of an age, sporty surfer dude who truly cares about nature, wildlife and sustainability.

A love of the sea led Hayden to a Bachelor of Science in Marine Biology, a career as a Professional Lifeguard, extensive world travel and his life-changing experiences on MasterChef.

Three years and three cookbooks later, Hadyn graces our shores and takes the ultimate foodie’s roadtrip through South Africa and in the last four episodes has been from Cape Town to Knysna where he has met and cooked with a number of my friends, all of whom have been enchanted by this outgoing passionate and totally cool young man.