Delheim Estate, home to Delheim Grand Reserve 2014, at the foot of the Simonsberg

Delheim Estate, nestled on the prime slopes of the Simonsberg, has released the latest vintage of its flagship bottling – a wine at the apex of the estate’s red wine portfolio: the Delheim Grand Reserve 2014.

Crafted vineyard-to-bottle with the specific intention of being the most exceptional expression of the harvest, the Delheim Grand Reserve is an eagerly anticipated red wine of the highest quality. Its name reflects the stature of this flagship wine in the estate’s highly awarded vinous array.

As with the previous release, the Grand Reserve 2014 is boldly led by Cabernet Sauvignon. Both Delheim and the Stellenbosch region are globally recognised as being home to South Africa’s most highly acclaimed Cabernet Sauvignon wines. This has made the Delheim Grand Reserve a sought-after collector’s item since the range was established in 1981.

The Delheim Grand Reserve 2014 follows a release of the previous vintage and four-year hiatus for the wine before that. Where its predecessor comprised completely of Cabernet Sauvignon, the latest bottling partners this king of grape varieties with 10% Cabernet Franc and a 5% touch of Merlot.

“The 2014 vintage of Cabernet Franc showed particular finesse and structure. It just made the perfect component for this blend of the Grand Reserve,” says Delheim winemaker Altus Treurnicht.

“Differences in the growing conditions during the winter of 2013 up to 2014 also had a huge influence on the two vintages. Ultimately, Mother Nature always has the last say when it comes to grape quality and the wine’s ageing ability. The Delheim Grand Reserve 2014 gives great recognition to the vintage of that year.”

The vines that produced the Cabernet Sauvignon grapes for this wine are planted in such a way as to make optimal use of the terroir and climate. The Cabernet Franc hails from a block nicknamed Vaaldraai; and, the Merlot, from Peperboom, at the foot of Klapmutskop hill.

Harvested expressly for the purpose of inclusion in the Delheim Grand Reserve, grapes were picked by hand. Bunch selection took place in the vineyards before proceeding to the cellar for meticulous vinification. 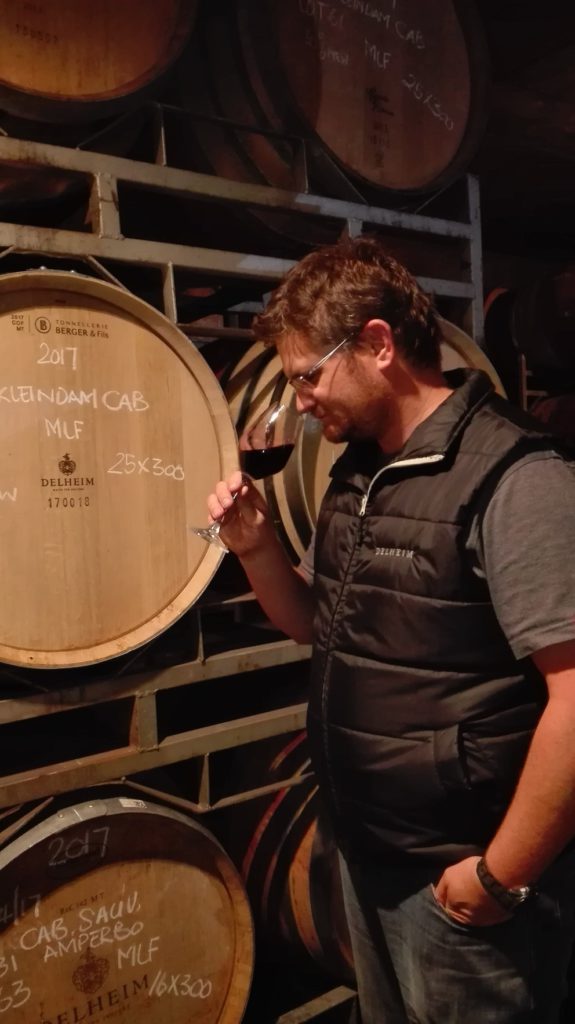 “After 16 months of maturation in French oak, the wine emerged beautifully,” says Treurnicht. “In the glass, it’s deep ruby red with aromatic notes of mulberry, cassis and spice that keep evolving, changing from red fruit to darker fruit with savoury notes.

“On the palate, there’s great structure and velvet, mouth-coating tannins, with flavours of prune and red fruit that linger in the finish – just perfect to be enjoyed by itself or with a well-prepared dish of venison roast.” 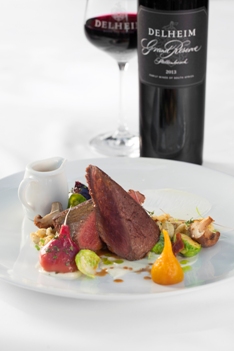 As befits a wine of this calibre, the Delheim Grand Reserve 2014 will benefit from ageing in optimal conditions, for up to ten years from bottling.

The Delheim Grand Reserve 2014 is available for R285 a bottle at the Delheim winery as well as top end restaurants and wine boutiques.