Aperol Spritz – must be the real thing for the first time…

When I have a dish, a drink or a snack which is a classic, I want to have it right the first time.  If you drink a Bellini, it has to be in Harry’s Bar at the Cipriani Hotel in Venice. If you eat a Malva Pudding, best it be on a farm somewhere in the Robertson Valley and made from an age old recipe the farmer’s mother made. Should you enjoy a Caesar Salad, it should be in Tijuana Mexico, a Pork Pie in Yorkshire, a wedge of Stilton…. You know what I mean. 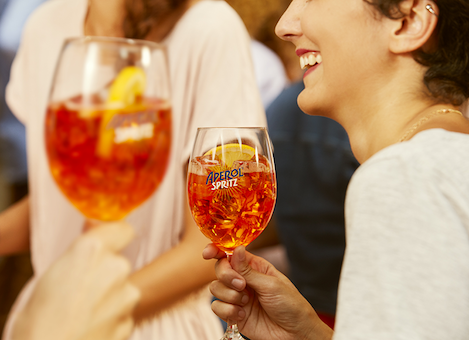 The Aperol Spritz, bringer of relaxation and jollity

The spritz has been around since Napoleonic times when the Austro-Hungarian Empire took control of Venice and the soldiers started adding soda [spritz] to the local wines.

Aperol is an Italian aperitif based on the flavours of bitter orange, rhubarb, vanilla and various herbs, there are more than  30 ingredients in all. It was created by the Barbieri brothers in Padua as a ‘tonic for active men’ and was then bought by the Campari company. Indeed, the two drinks are quite similar, though Aperol is less bitter, so easier to drink, with an alcohol content of 11 per cent — around half that of Campari.

The Aperol Spritz  has been around for a long time, since 1919. The aperitif ritual born in Veneto sees the Aperol Spritz served with some traditional snacks called ”cicchetti”, small dishes that usually include tiny sandwiches, plates of olives and tiny portions of local dishes.

Cinzano Pro-Spritz, especially made for the Aperol Spritz

So, like my first Dry Martini, my first Dacquiri [a strawberry one I made in the late 1960s], first Mojito [I made at African Relish in Prince Albert about 4 years ago], I really wanted my first one to be authentic and made with Aperol, splashed with real Prosecco, soda and the thinnest slice of lemon. I didn’t want a straw, I wanted it naked and unadorned as the day it was first made.

So I put it off, delayed again and procrastinated.

Then the local distributors got to hear, with amusement, of my stand offishness. They provided the real thing, the Aperol, the Cinzano Pro-Spritz and I could no longer delay the day.

The recipe is as follows :

Start by adding lots of ice into a large wine glass. First thing is to pour in a measure of your own choosing, then an equal amount of Aperol, a good splash of soda and then a couple of the thinnest slices of orange. Making it this way avoids the Aperol settling at the bottom. Quick stir if you need to. And then the first sip. 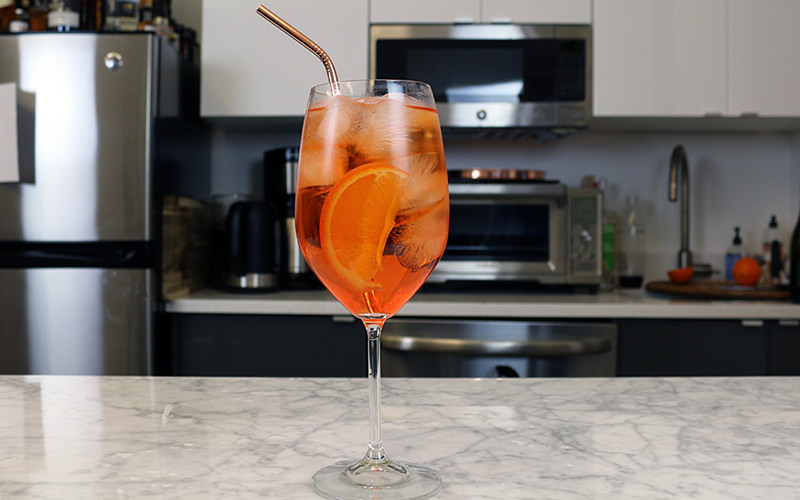 Aperol Spritz, stuff of legends and cause of much happiness

Deliciously gently bitter with the oranges and bitter oranges making their presence felt. The sparkle brings with it a festive air and the low alcohol makes it the perfect, repeatable cocktail for brunch on a Sunday or at sundown.

Do it. Do it properly and you will realise that you have deprived yourself for too long.

Aperol is available in most liquor shops. 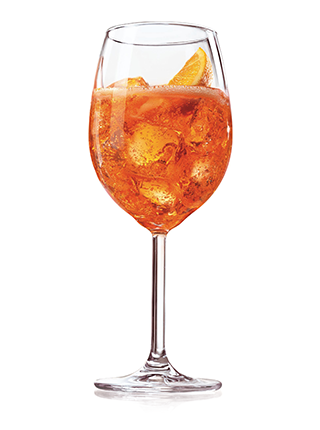